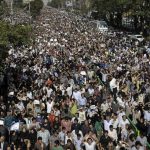 The Evolution of the Iranian Uprising 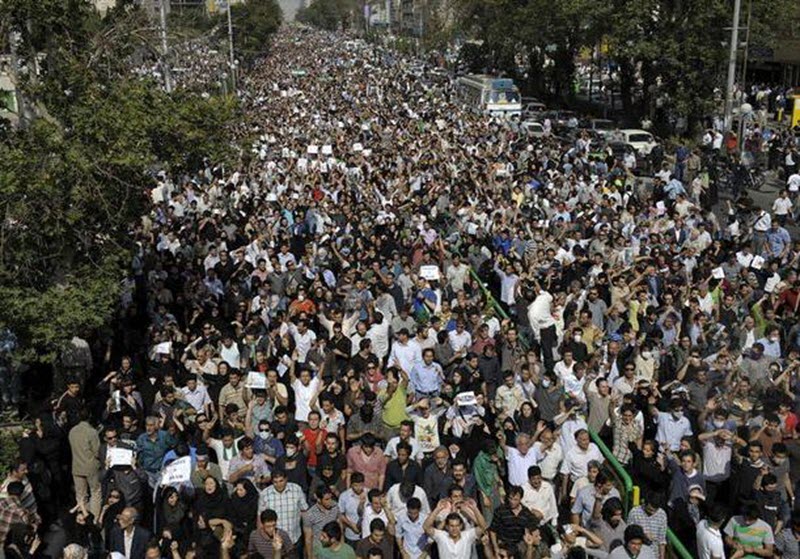 It has been almost nine months since the beginning of the Iranian uprising that spread to more than 140 cities in every province in less than two weeks. The massive anti-government protests are still ongoing today and have shaken the regime to its core. Mohammad Hanif Jazayeri, editor of Free Iran, an organization that is opposed to the ruling regime, recently spoke about the manner in which the uprising has changed since its beginning late last year.

The uprising began last December as a response to worsening economic conditions in Iran and spread rapidly to more than 140 cities in less than two weeks. Iranians from all walks of life were furious about skyrocketing costs, the devaluation of the rial, increased military spending, and a budget proposal that would cut assistance to the poor.

Jazayeri believes that the protests have moved beyond the single issue of the economy and are now a direct challenge to the authority of the regime. He said: “While the protests began initially over the dire economic situation and mismanagement, the chants quickly turned political. Slogans such as ‘Leave Syria alone, think of us instead!’ undermine the regime’s national strategy, while chants of ‘death to the dictator!’ directly challenge the Supreme Leader’s authority. Once an unimaginable sight, today chants of ‘Death to Khamenei!’, the leader and ‘Death to Rouhani!’ the President, are now the norm in protests of all sizes.”

Jazayeri noted that the regime has been forceful and violent in its suppression of the protests. Its tactics led to more than 8,000 arrests and 65 arrests in just the first few weeks of protests.

The regime also monitors and follows protesters during rallies. Protesters may be arrested at home several days after attending a demonstration.

The regime has increased its use of neighborhood patrols and checkpoints in Tehran and other major cities to counter the MEK’s successful use of resistance units to organize protests, but it has had less success doing so in rural areas. In many cases, local security forces have been forced to call larger cities for backup.

Iran severed ties with the West after the Islamic Revolution in 1979, and it has earned a reputation as a pariah in the international community due to its state sponsorship of terrorism and its policy of interventionism in the Middle East.

In 2002, the Iranian opposition revealed that the Iranian regime was developing nuclear weapons. This discovery led to sanctions against Iran, which were lifted in 2015 in exchange for an agreement by the regime to restrict its nuclear program.

U.S. President Donald Trump suddenly withdrew from the Iran nuclear deal in May of this year, calling it “the worst deal ever.” The U.S. re-imposed sanctions on the Iranian regime, with the second wave set to take effect on November 4th. The U.S. sanctions are likely to prove disastrous for the already faltering regime.

Jazayeri emphasized that the recent protests have been successful due to the organization of the movement as a whole. The individual protests are all part of a greater goal.

Jazayeri said: “One way this can be seen is through the coordinated nature of the slogans that are being chanted from completely different sectors of society. For example, steelworkers in Ahvaz, down in the southwest, swindled investors in Rasht, in the north, and nurses and bazaar merchants in Tehran are chanting identical slogans. In recent months the People’s Mojahedin Organisation of Iran (PMOI/MEK) has set up ‘resistance units’ whose goal is to organise anti-government protests. They’ve actually been very successful thus far, not least due to the public’s support for their goal.”