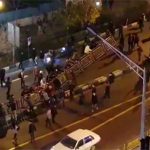 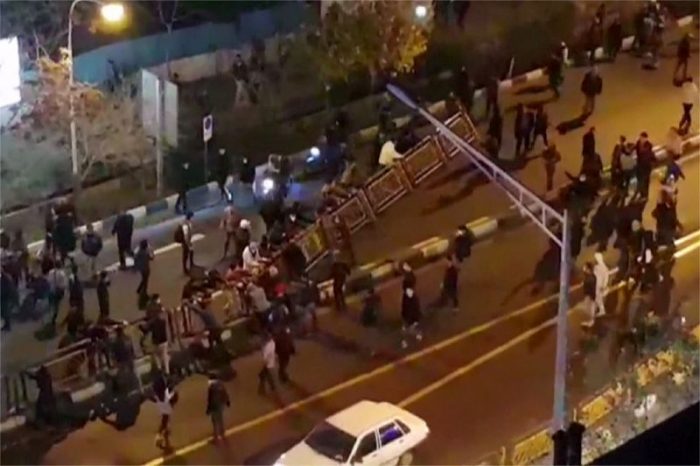 Reports by MEK network indicate that at least one thousand protesters were arrested during the recent uprising.

Recent reports from inside Iran revealed that at least one thousand protesters, including many young people and MEK members, were arrested during the uprising in August. Regime Minister of Interior Abdol-Reza Rahmani-Fazli said that the uprising involved 27 cities and 13 provinces. Protesters were arrested in many cities, such as

Yazd, Behshahr, Birjand, and Ganaveh. Many of those who were arrested and released on bail were later arrested again and sentenced to lengthy prison terms for their participation in the protests.

The arrests were primarily conducted by plainclothes officers working for the Revolutionary Guards and Khamenei. The officers secretly took pictures and videos of the protesters while posing as demonstrators, then arrested their targets away from the site of the protests or even at their homes. In Karaj, plainclothes officers diverted protesters to alleys and side streets by chanting slogans and then arrested them.

Some of the detainees were transported to secret safe houses, where they were interrogated and harassed by IRGC agents before being transferred to Iranian prisons.

Gohardasht Prison. Prisoners in Ward 8 are subject to extreme conditions and have no way of contacting anyone outside of the prison. Guards in Ward 8 are not subject to the same rules as in other wards and are not part of the Iran Prisons Organization. Detainees are blindfolded before being transferred to this ward so that they do not know their location.

As the uprising gained momentum in August, officials within the regime began to openly speak of their fear of the MEK, speaking with anger about the MEK’s role in the protests. Mohammad Kosari, Deputy Commander of the IRGC’s headquarters in Sarallah, said, “The United States, the Zionist regime and the Saudis, who support the PMOI (MEK), are under the illusion that the PMOI would bring a miracle for them.”

The state-run television network Channel One said, “A study of the movements during recent months show that the MEK’s  bankrupt elements are the infantry in this scenario.”

The Iranian opposition calls upon the Iranian people to show solidarity with those who have been arrested by the regime. The youth of Iran, in particular, are called to stand with those who sit in the mullahs’ prisons for the crime of speaking against the regime. The Resistance also calls upon the United Nations Security Council, the Human Rights Council, and other relevant bodies to take immediate action to release all political prisoners, especially those who were arrested during the August uprising. The Resistance further calls upon the United Nations to condemn the Iranian regime for its brutal suppression of the people’s protests.