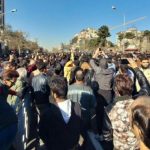 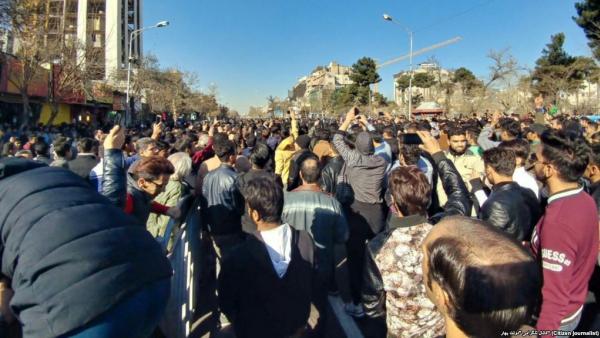 Archive- Protest spread into 142 cities across Iran in January 2018 and has been continued ever since, despite the repression and mass arrests and persecution. The Iranian regime officials consider MEK as the main force behind the demonstrations.

On August 28th, the state-run website Baharestaneh, which is connected to Supreme Leader Ali Khamenei, posted an article about the MEK and its tactics. The article is the latest example of the Iranian regime’s fear of the MEK and its influence.

The article described the difference in the methods used by the MEK before the beginning of the uprising that began in December as compared to those employed now. “For some times now,” the article stated, “the PMOI/MEK launched a coordinated chorus indicating the Islamic Republic of Iran is in its final phase. Cyberspace has the role of providing backup fire in this regard… The PMOI/MEK have changed their tactic now and the protests, even in comparison to the Dec/Jan period, have surpassed an undeniable reality.”

The article described the MEK’s skillful mobilization of various groups of people, saying: “In the past, the PMOI/MEK were known to ride waves. Today, however, they have infiltrated into many social sectors and among people from all walks of life, including truck drivers, bazaar store owners, people whose life savings have been stolen by state-run firms, teachers, workers and … [MEK] are guiding them in their protests.”

The article went on to discuss the MEK’s use of social media tools to quickly organize protests: “The nature of today’s protests have changed. For example, in the past it would take one or two days for social/economic chants to evolve into [anti-regime] slogans. Today, however, this transition is quickly turned into a political demonstration and slogans change into [anti-regime] chants.”

The article also discussed ways that the MEK had learned to effectively organize and lead protesters, saying: “During the Dec/Jan period the protesters were unorganized and lacked leadership. There were vivid leadership mistakes on the ground and the movement lacked the necessary complexity. Today, however, in addition to gaining a gangster-like and aggressive spirit, [the protests] have the potential of establishing bunkers and shields in the streets in the case of a faceoff with security forces. This means the protesters are far more ready these days.”

Of particular note in the article was the mention of the unity of the Iranian resistance movement, specifically the MEK. According to the article: “Protesters, with the PMOI/MEK topping the list, lack any political reservations. They do not recognize any factional divisions inside the [Iranian regime] and they put the same amount of energy in their slogans against reformists as they do against principalists [sp].”

Although the regime has long claimed that the MEK has no influence inside Iran, the article acknowledged the MEK’s role in the ongoing uprising, quoting Khamenei. The article wrote: “The PMOI/MEK’s role in the Dec/Jan uprising is so undeniable that the Supreme Leader said in his January 9th speech: ‘A triangle was active in this regard… The PMOI/MEK were the third side of this triangle.”

The article also mentioned the Resistance Units used by the MEK to organize the resistance. According to the article: “Currently, the fact that protesters are becoming organized is a game-changing factor in comparison to the Dec/Jan uprising. They have established entities dubbed ‘Resistance Units’ that are able to increase their numbers and have the potential of replacing leaders at the scene of protests [in case of arrests]!

The article placed great importance on the MEK’s ability to communicate between Resistance Units, saying: “[T]he most significant development is the linkage between these units to their leadership. Currently, these resistance units are receiving their guidance from Massoud Rajavi in the form of ‘Message to Resistance Units.’”

It went on to say: “On August 2nd of this year Massoud Rajavi sent a message titled, ‘Fist with fist, attack with attack, fire with fire’ to lift the protesters’ spirits, promising them these protests will continue and expand with each passing day. He described the protests as more organized in comparison to the past, claiming the [regime] lacks the capacity to confront these measures.”

The article concluded with an ominous warning to regime officials: “Now that the enemy of the state, with such an apparatus, has prepared for a confrontation, we must acknowledge the fact that we are all in the same boat. Therefore, one must tell all government officials and the associated others that the status quo is a very serious threat that one cannot easily neglect.”

The regime’s days of diminishing the MEK are over. The mullahs and their mouthpieces have given up the pretense that the MEK is a fringe movement and have acknowledged that the Iranian Resistance, and specifically the MEK, are an existential threat to the very survival of the regime.