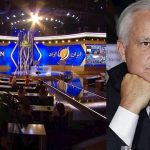 Written by Esmail Mohades on August 20, 2020. Posted in NEWS 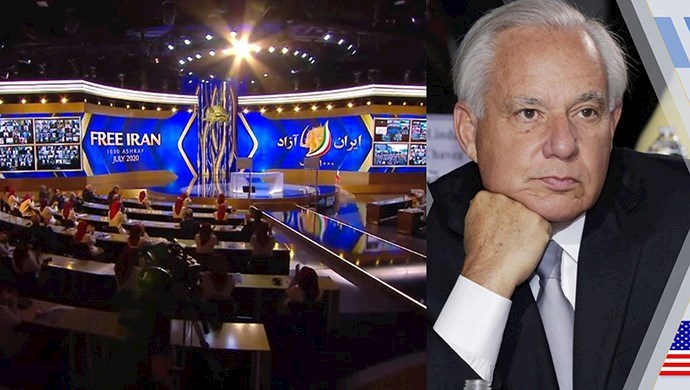 A former U.S. Democrat Senator, Robert Torricelli, has voiced his support for the MEK at the recent Free Iran Global Summit held by Zoom online from the NCRI’s base at Ashraf-3 in Albania. “The point of the spear in the struggle for Iranian freedom are the residents of Ashraf-3 who spend their every waking hour thinking about how to maneuver the Iranian people into a new, prosperous, and free future,” he said.

Ashraf-3 is now the main base of the exiled supporters of the Iranian opposition (PMOI / MEK Iran) after their expulsion from Iraq. 3,000 of the NCRI’s supporters live at Ashraf-3 and feverishly attempt to tip Iran towards regime change. The MEK has echoes in the resistance movement in Iran itself. “No Shah, No Sheikh (mullahs),” “Down with the principle of velayat-e faqih,” “Death to Khamenei,” and “Death to Rouhani,” and “For 40 years we shed bloodied tears, enough is enough, we’ll take a stand” are typical slogans expressed by protesters attempting to express their hatred for the regime in Iran.

Ex-Senator Torricelli said that “in every struggle, we look for milestones. The evidence is overwhelming. It is sometimes captured in single events. You can hear in cities and towns all across Iran today a common message. Reformers, hardliners, the game is up or simply, the Shah, the mullahs, dictators all, give us our country back. The people are speaking to us. As in the past, we had to speak to them, now the voice is theirs across the country.”

The protests in Iran have grown in number since December 2017. Typical points of outrage include:

Analysis by PMOI/MEKIran, August 18, 2020—“The point of the spear in the struggle for Iranian freedom are the…

Ex-Senator Torricelli pointed out at the Summit that  at a time when the world is spending trillions of dollars, marshaling all of its resources to save people from the pandemic, in Iran, tens of thousands of deaths and money is not going to victims or their families or hospitals or buying medical equipment, but to terrorist activities in Lebanon and Yemen, to building an atomic weapon which has done nothing but ostracizes Iran from the civilized nations of the world, to pay the salaries of the Revolutionary Guards.

“The reaction from Tehran told us all we needed to know. The vitriol against the MEK, Maryam Rajavi in particular, all the rest of us and all of you, is the evidence we needed that we are on track, that the MEK is on their minds and a growing looming threat to the regime. To me, it was a confirmation of everything that we’ve been fighting for and evidence that this final chapter, the freeing of Iran, is at hand,” Torricelli said in response to the regime’s reaction to the Summit.

The Iranian regime is fully aware that support for the MEK could mean that they were finished. For years, they have tried to disseminate lies and propaganda about the MEK in an attempt to dissuade ordinary Iranians from supporting the opposition.

Torricelli referred in his speech to a defamatory article written in the German publication “Der Spiegel” earlier this year. “This is happening every day. Note the humiliation of Der Spiegel, one of the world’s great publications, citing information patently false, directly from Tehran, had to be ordered by a German court to remove it.”

Despite the avalanche of misinformation, there is growing support for the MEK from Iranian youth. The network of MEK Resistance Units is growing throughout Iran.

Ingrid Betancourt, a Colombian ex-Presidential candidate said at the summit that “today, they want to divide protestors inside Iran and within the resistance with the weird allegation that the MEK people in Ashraf-3 are prisoners of their leaders unable to make their own decisions.”

Robert Torricelli commented in his speech: “these embassies are no longer diplomatic outposts.”  “They are outposts for organizing and covering terrorist activity. We also know that many have been used for covers for the creation and operations of businesses to steal or buy nuclear technology.”

He concluded by saying that European governments should take more notice of what is happening in Iran and step up its support for the MEK and close its regional embassies and consulates in Iran.