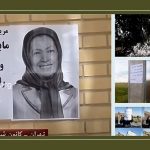 Written by Mohsen Aboutalebi on August 13, 2020. Posted in NEWS 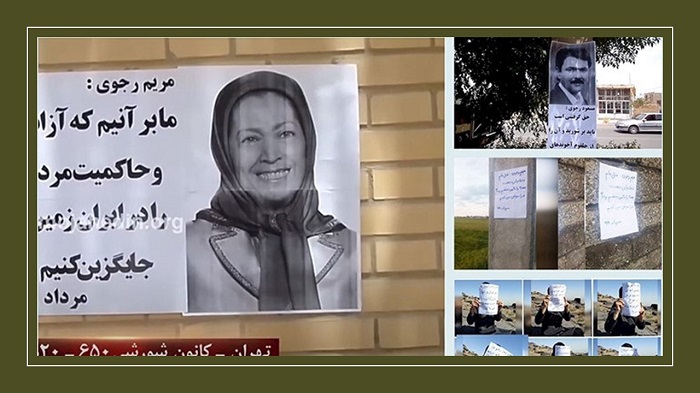 MEK Resistance Units engaged in acts of rebellion against the mullahs’ regime.

The MEK’s Resistance Units have spent the past several days engaged in acts of rebellion against the clerical regime. MEK members spray-painted anti-regime graffiti, wrote messages of support for striking workers, and torched regime buildings and posters of regime leaders.

“We can and we must overthrow the regime,”

“The Resistance and rebellious units and cities are the keys to victory,”

“Down with Khamenei, hail to Rajavi,”

“The regime of the Supreme leader is on the brink of being overthrown,”

“We are determined to restore freedom and people’s sovereignty in Iran,”

“We support the workers on strike,”

“Hail to Mostafa Salehi, martyr of the uprisings,”

“We will neither forgive nor forget the 1988 massacre of political prisoners,”

“The blood of the martyrs of the 1988 massacre gives rise to uprisings in Iran,”

“The mullahs’ virus has no result but mass murder.”

The MEK Resistance Units marked the anniversary of the 1988 Massacre with continued calls for the perpetrators of this crime against humanity to be brought to justice. Resistance Units members held up signs reading, “We will neither forgive nor forget the 1988 massacre of political prisoners,” “The blood of the martyrs of the 1988 Massacre gives rise to uprisings in Iran,” “The mullahs’ virus has no result but mass murder,” and “Hail to the martyrs and hail to freedom.”

On Sunday, August 9, rebellious youth attacked eleven repressive regime centers. They set fire to six Islamic Revolutionary Guards Corps (IRGC) Basij centers, located in Tehran, Bumehen, Zahedan, and Sonqor, as well as a police command sign in Parsian, Hormozgan Province. The Basij Force was responsible for much of the violent crackdown of protesters during the November 2019 Uprising.

Rebellious youth also set fire to two buildings in Zahedan, owned by the Khomeini Relief Foundation and the Zakat Council. Both organizations are regime-run and used to plunder the people’s wealth.

Youth in Mashhad, Gorgan, and Shahr-e Rey burned pictures and posters of regime Supreme Leader Ali Khamenei and Quds Force General Qassem Soleimani. Soleimani ordered attacks on the MEK while they were living in Iraq at Camp Ashraf and Liberty. He was assassinated by a U.S. drone strike in January of this year.

The state-run Asr-e Iran website compared the current state of societal unrest in Iran to Beirut before the August 4 explosion that destroyed the city. On August 11, the website wrote: “The stored explosive ammonium nitrate in Beirut customs had been stockpiled in the warehouse 12 for years… They had totally forgotten that a 2,750-ton bomb was close to them and neglected the issue. This is our current situation: the big stored explosive that exists in Iran and can explode any minute and burn everything to ashes is ‘dissatisfaction nitrate.’”

The article notes that regime authorities are well-aware of the level of dissatisfaction among the people and the urgency of the issue. It concludes, “The establishment is at a historic point and the logical solution is to turn dissatisfied to satisfied and supporters. Otherwise, the ‘dissatisfaction nitrate’ could explode any minute and turn in what we are not waiting for.”

The regime has established that it is not capable of changing. This leaves the work of change to the people of Iran.