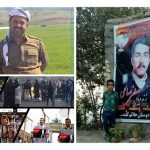 Written by Jennifer Jones-Kelley on August 12, 2020. Posted in NEWS 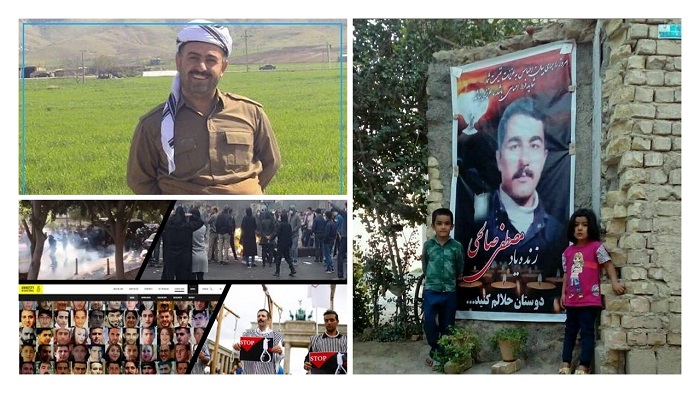 MEK Iran: Executions are intended to intimidate people and make them hesitate before standing up against the repressive regime.

A new wave of death sentences has been handed down against political prisoners and protesters in Iran as social unrest grows throughout the country. Ongoing protests and demonstrations have regime officials worried about the next uprising, and the executions appear to be the regime’s way of suppressing dissent.

The uprisings in December 2017/January 2018 and November 2019 shook the regime to its foundation, and the regime’s leaders know that the next uprising could erupt at any time. Executions are intended to intimidate people and make them hesitate before standing up against the repressive regime. The regime’s history with the MEK should have taught them the fallacy of that thinking, particularly considering that the MEK’s Resistance Units organize so many of the protests in Iran. Oppression (PMOI / MEK Iran) and (NCRI), makes Iranians more determined.

Hossein Reyhani was arrested for participating in the November 2019 Uprising. He was at home when Revolutionary Guards (IRGC) raided his home in Islamshahr on November 22, 2019. He was interrogated and tortured at the IRGC detention center at Evin Prison before being transferred to Greater Tehran Prison. He is accused of Moharebeh (waging war against God) for his role in the protests faces the death penalty. His case has been referred to the Supreme Court for final determination.

Mustafa Salehi was detained for protesting in the December 2017/January 2018 Uprising. He was executed on August 5.

The Supreme Court has upheld the death sentences of eight political prisoners in Tehran and Isfahan in the past few weeks, but it has been unable to implement the sentences due to ongoing “No to execution” and “Immediate abolition of the death sentence” campaigns.

His case was referred to the enforcement section of the court in Sanandaj. Ghorbani is from Kamyaran, Kurdistan Province and was arrested in 2016 by the Ministry of Intelligence and Security (MOIS) agents and tortured.

In January 2020, Kurdish political prisoners Houshmand Alipour and Mohammad Ostad Qader were sentenced to death. They have both been in prison since August 2018.

In Mashhad, several Sunni prisoners were sentenced to death on charges of being a “Mohareb,” (fighter). The charges have been referred to the Supreme Court for approval. The charge of Mohareb is often levied against political prisoners who are accused of “waging war against God.”

Mrs. Maryam Rajavi, President-elect of the National Council of Resistance of Iran (NCRI), called on the United Nations Security Council, the U.N. Secretary-General, the U.N. High Commissioner for Human Rights, the U.N. Council on Human Rights, and other human rights organizations to take urgent action to save the lives of condemned prisoners. She once again urged the international community to send a fact-finding delegation to visit Iranian prisoners to determine their condition.

She also stated that the regime should be censured for its “continued torture, arbitrary executions [especially] of political prisoners.”

The UN Security Council, Secretary General, High Commissioner for #HumanRights, Human Rights Council need to take urgent action to #StopExecutionsInIran and save the prisoners. They must send fact-finding delegations to visit #Iran prisons and prisoners.https://t.co/kAGGo82z9L