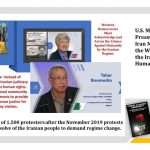 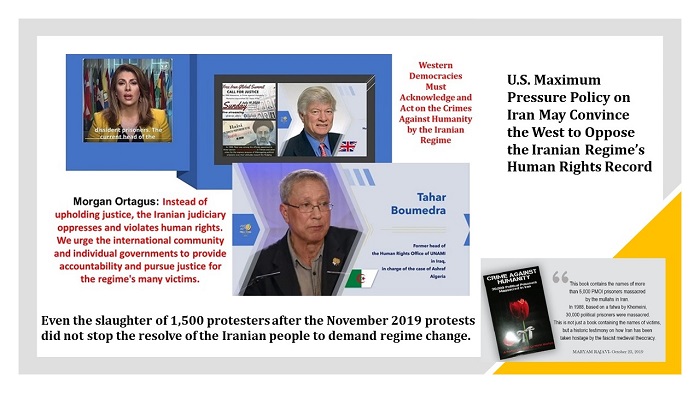 The Trump administration has been more assertive towards the Iranian regime than its predecessor. It has adopted a “maximum pressure” strategy against the regime’s nuclear ambitions. It has withdrawn from the 2015 nuclear deal although the administration has not yet stepped up pressure over Iran’s human rights record.

On July 17th, however, the State Department issued a statement about Iran’s human rights record. Morgan Ortagus, a State Department spokesperson, said that “the United States calls on the international community to conduct independent investigations and to provide accountability and justice for the victims.” This statement is likely to have more acceptance by other western democracies that share a distaste for the repression occurring in Iran.

Ortagus said that “the current head of Iranian judiciary and current Minister of Justice have both been identified as former members” of the death commissions that led to the death of thousands of political prisoners in1988. It has been estimated that over 30,000 Iranians lost their lives in 1988, many of whom were members and supporters of the People’s Mojahedin Organization of Iran (PMOI / MEK Iran). Even children and pregnant women were executed by hanging and their bodies were taken away and buried in mass graves.

Human rights groups, such as Amnesty International, as well as political organizations like the NCRI have denounced the destruction of the evidence for these executions. A call for an independent investigation into these crimes has been urgently requested.

It is hoped that the U.S. administration and western nations will form a common front in denouncing the human rights abuses in Iran. This is the time for western democracies to show their solidarity with the Iranian people. The current uptick in protests across Iran has accentuated the reasons for confronting Tehran.

Both main factions in the government have been denounced by protesters in the uprisings of January 2018 and more recent protests in November 2019 and January 2020. The reformists and principalists in the regime have both been told that “the game is over” for them. Protestors have chanted slogans denouncing the regime leaders, such as “Death to Rouhani” and “Death to the Dictator.”

Even the slaughter of 1,500 protesters after the November 2019 protests did not stop the resolve of the Iranian people to demand regime change.

The U.S. “maximum pressure” strategy is certainly going to have some effect on the regime, but it does not fully align with the real interests and demands of the Iranian people. While ordinary Iranians do have an interest in the regime’s nuclear ambitions and what the regime is meddling outside Iran’s borders, they are more concerned with what the NCRI has identified in its ten-point platforms such as free elections, the rule of law and a commitment to human rights.

It is hoped that the U.S. and other Western governments form a common front on the issue of Iran’s human rights and exert “maximum pressure” in this regard. This unified approach could truly help convince the Iranian people that they have a brighter future ahead of them.