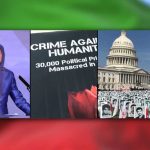 MEK Iran: International Community Must Put an End to the Iranian Regime’s Immunity Over 1988 Massacre 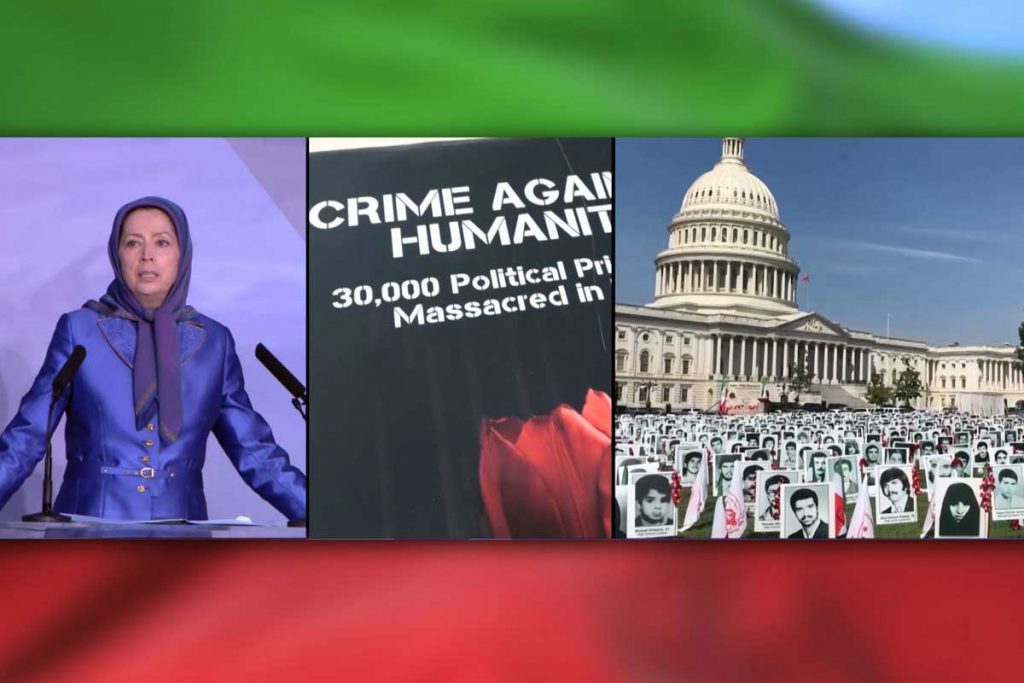 The (NCRI) and (PMOI / MEK Iran)’s beliefs were to always support a democratic alternative to the current theocracy.

This message was spelled out by Morgan Ortagus, spokesperson for the US State Department on July 17th.

She said. “The United States calls on the international community to conduct independent investigations and to provide accountability and justice for the victims of these horrendous violations of human rights organized by the Iranian regime.”

These death commissions came about when a fatwa by the clerical regime’s founder, Ruhollah Khomeini, was released which announced that all organized opposition to the regime would be considered an “enmity against God,” which could attract the death penalty. This was basically targeting the People’s Mojahedin Organization of Iran (PMOI / MEK Iran).

The role of a death commission was to question political detainees at Iranian prisons and decide if due to their incarceration they still disliked the current political system. The MEK’s beliefs were to always support a democratic alternative to the current theocracy.

These FOUR individuals sent more than FOURTY thousand Iranians to their deaths.
From left:
– Ibrahim Raisi, chairman of the Astan Quds Razavi conglomerate, senior member of the #1988Massacre “Death Commission” that massacred over 30,000 political prisoners after 1-minute “trials” pic.twitter.com/0ei0L5TP30

It was just two years after the overthrow of the shah in 1981 that the MEK held a protest of half a million that marched to the parliament to request minimum freedoms that ordinary Iranians did not have. The regime decided to fire live ammunition on the peaceful protesters to break up the crowd. This was just one of many demonstrations as there were also similar events in 2003 and 2009 protests. More recently, there has been an upsurge in the protest movements which is throwing the regime of its balance when it comes to controlling its citizens.

When there haven’t been street protests the MEK has been quietly getting on with the job of organizing the resistance movement. This has unfortunately led to indiscriminate arrests often leading to executions without even a hint of a trial The (PMOI / MEK Iran) has lost 120,000 members to the regime’s terrorist violence. Of course, once incarcerated there was no way out and this didn’t leave MEK members to doubt their membership of the resistance.

In fact, far from it, they were even more determined to back up their beliefs of bringing about a democratic and free Iran. This didn’t please the death commission as their job was to get MEK supporters to promise they no longer supported the movement. Because of their dedication, they dug in with their heels and decided to show allegiance to the MEK, not the current regime. This led to constant rounds of executions until the number had toppled 30,000.

The Death Commission started its work in Tehran’s Evin prison on 28 July 1988. The commission operated in both Evin and Gohardasht prisons @JavaidRehman @mbachelet #1988Massacre https://t.co/LXMmZ0ErOZ pic.twitter.com/Cx861miQMU

The evidence of these atrocities and breaches of human rights were slowly being concealed as the mass burial sites were turned into numerous construction projects. This has hampered any human rights investigations by the international community who have sat on the fence with regard to condemning or penalizing the regime for these despicable human rights violations. Fortunately, some of the mass graves are known about and have been investigated giving the international community at least some insight into the outrageous hanging of both teenagers and pregnant women.

In 2016, Mrs. Maryam Rajavi, the opposition president-elect initiated a “Justice Seeking Movement” for 1988 massacre victims.  Later that year a recording was leaked about the massacre and Khomeini’s likely successor Hossein Ali Montazeri defined the death commissions as a committee that was responsible for the “worst crime of the Islamic Republic.” Montazeri lost his position because of his statements and the remainder of his life was under house arrest, while those more directly involved in the massacre were allocated more influential positions.

I urge the international community, especially the United Nations Secretary-General and other #HumanRights organizations to intervene immediately to stop the executions, secure the release of the prisoners, and prevent a major humanitarian catastrophe in prisons #Iran pic.twitter.com/6KGQDzPQm0