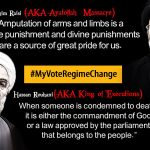 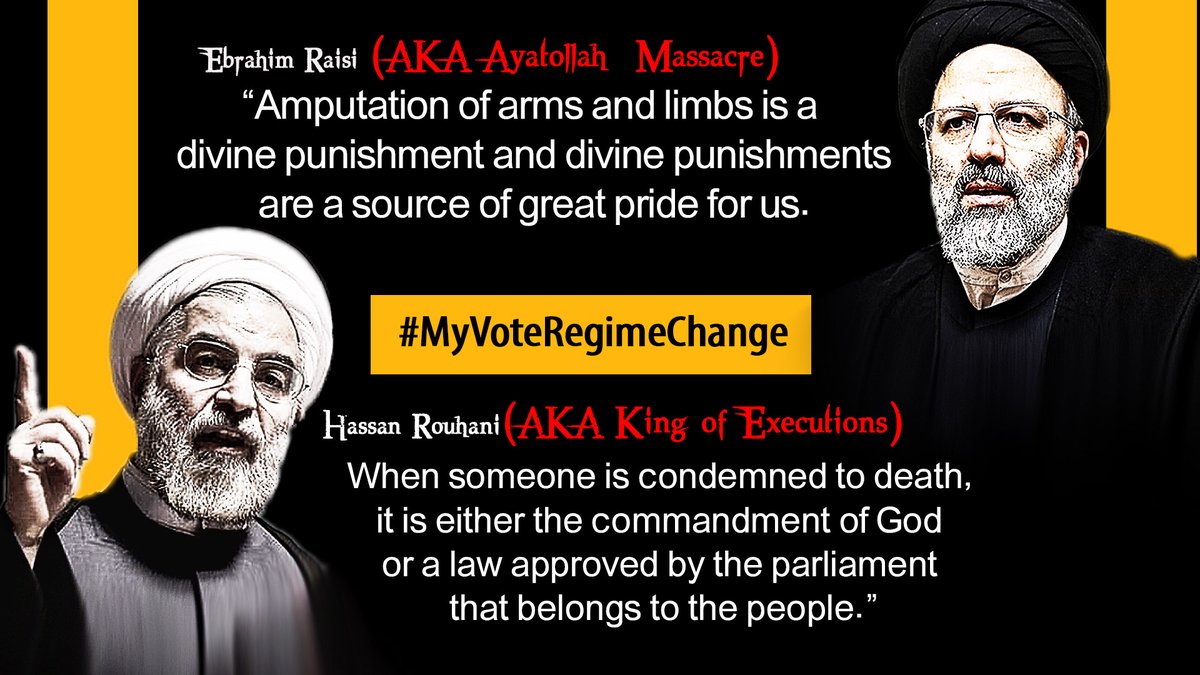 In a new article on the British website Express.co.uk, Shahin Gobadi of the National Council of Resistance of Iran (NCRI) Foreign Affairs Committee argued that newly-appointed regime Judiciary Chief Ebrahim Raisi should face international condemnation for his role in the mass execution of 30,000 political prisoners during the 1988 Massacre in Iran.

In the Thursday interview with the British website, Gobadi laid out the case against Raisi. He said: “Ebrahim Raisi, [was] a member of the Death Committee in the massacre of 30,000 political prisoners, the overwhelming majority of whom were activists of the People’s Mojahedin Organization of Iran (MEK) in 1988. Raisi is also a devoted supporter of the regime supreme leader, Ali Khamenei, Gobadi emphasized.

“Raisi should be subject to international prosecution for committing crimes against humanity in the massacre of political prisoners in 1988 and tried for the genocide of MEK members.

By appointing #Raisi,a"Death Committee member"of #1988massacre,as head of Judiciary,various rifts w/in the regime appear 2have chosen to show an outward display of solidarity in the face of domestic &international crises.https://t.co/KEjBs2KNVC #HumanRights #StandUp4HumanRights

“In addition to committing a major crime in the 1988 massacre, Raisi is a low ranking cleric without adequate religious credentials.

“He is under the control of Khamenei and has been serving in the regime’s repressive agencies since the age of twenty.

Taken from the Social Media, widely used during campaigns upon Raisi’s appointment to the highest Judicial position under the mullahs’ rule.

“Raisi’s appointment by Khamenei proves once again that as the head of the crisis-stricken theocratic regime, he finds no other solution than a hard turn towards further repression in order to contain the growing crisis that the regime faces.

“Khamenei thus wants to barricade his clerical regime against the uprising of the Iranian people and their organized resistance for justice and freedom in Iran.”

During the summer of 1988, in the final months of the Iran-Iraq War, then-Supreme Leader Ruhollah Khomeini ordered the executions of all MEK members currently imprisoned in Iran. Over the course of a single summer, political prisoners were marched in front of “Death Committees” and sentenced to death in trials that lasted only minutes. Prisoners were asked if they renounced their allegiance to the MEK. Anyone who said no was sent immediately to the gallows, where people were executed in groups. 30,000 people were executed in the summer of 1988.

To date, none of the perpetrators responsible for the massacre have been held accountable. The regime has blocked all attempts to investigate the executions and has gone as far as to destroy mass graves of victims to cover up evidence of their crimes.

Ebrahim Raisi’s Role in the Massacre

Ebrahim Raisi sat at the head of Tehran’s Death Committee and personally sent thousands to their deaths. An audiotape surfaced in 2016 that provided insight into the brutality of the crime against humanity in which Raisi participated. In the recording, then Deputy Supreme Leader Ayatollah Hossein Ali Montazeri can be heard expressing remorse over the mass executions. He is heard saying that “pregnant women and 15-year-old girls” were among those executed and that the mass executions were the “biggest crimes committed by the Islamic Republic.”

Raisi is the second former Death Committee member to later be appointed to the position of Judiciary Chief in Rouhani’s “moderate” regime. Meanwhile, family members of victims of the massacre are prevented from publicly honoring their relatives, and their graves continue to be destroyed by a regime that mocks their loss by installing mass murderers in the Ministry of Justice.

Raisi was also recently named to the mullahs’ Assembly of Experts. He is widely considered to be a favorite to succeed Khamenei as regime Supreme Leader.