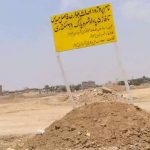 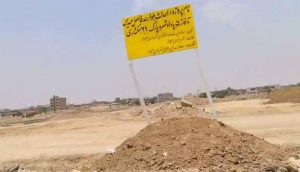 Mass graves of the 1988 Massacre of political prisoners being destroyed by the Iranian regime, in an attempt to hide the evidence

Mrs. Maryam Rajavi, President-elect of the National Council of Resistance of Iran (NCRI), made a statement calling for urgent action to prevent the destruction of the graves of the victims of the 1988 massacre in Iran and the removal of all evidence of their existence.

The destruction of these graves is, itself, a major crime whose perpetrators and the officials in charge must be held accountable for. #1988Massacre#Iranhttps://t.co/CM4YCwJaGl pic.twitter.com/vtoBdJ6iPY

Mrs. Rajavi specifically called upon the Secretary-General of the U.N., the U.N. Security Council, the U.N. Human Rights Council, the U.N. High Commissioner for Human Rights, as well as international human rights organizations, to take action against the regime’s destruction of the victims of the 1988 massacre’s graves, particularly in Ahvaz. Mrs. Rajavi noted in her statement that the regime’s attempts to stop the Call-for-Justice movement from gaining traction have failed, as well as their hopes that the world would forget the massacred political prisoners. As a result, the mullahs have resorted to desperate attempts to destroy evidence of their genocide in order to evade the consequences of their crime against humanity.

I urge the UNSG, the UNSC, the Human Rights Council, the UN High Commissioner for Human Rights and all int’l human rights organizations to immediately take action to stop the systematic destruction of the graves of the victims and removal of the traces of the #1988Massacre#Iran

Mrs. Rajavi warned that destroying the graves of the martyrs of the 1988 massacre, whether to torture the families of the victims or to destroy evidence, is a crime unto itself that must be answered for.

She warned that the destruction of the graves of the martyrs –whether aimed at inflicting a vicious psychological torture on their families or at removing the evidence of this crime against humanity– is a major crime in itself whose masterminds and perpetrators must face justice and be held accountable.

Over the past few weeks, the regime has demolished the graves of victims of the 1988 massacre (many, if not most of whom were MEK members) in Ahvaz and is building roads on their sites to cover the evidence of their existence.

The 1988 massacre occurred after the end of the Iran-Iraq war. Political prisoners, specifically MEK members were executed extra-judicially in groups and buried in mass graves. Some of those who were executed had been released and were re-arrested so they could be executed. MEK members were arrested for activities such as distributing leaflets and taking part in anti-government protests, according to Amnesty International.

A previous investigation by Amnesty International and Justice for Iran found that the regime poured concrete over half of a mass grave in Tabriz between 2016 and 2017, according to satellite images. Also according to Amnesty International, in 2016 in Qorveh, Kurdistan province, regime authorities bulldozed gravestones and memorial signs put up by grieving family members in 2016, saying the land had been designated for “agricultural” purposes.

In April, Amnesty International issued a press release discussing their 31-page report on the 1988 massacre and the regime’s attempt to cover up their crimes by destroying graves. The report, which was released in conjunction with Justice for Iran, estimated that there may be more than 120 graves where victims of the 1988 massacre are buried.

According to the press release, regime authorities have concealed the fate and location of the victims for almost three decades. Families have not been allowed to hold memorials or decorate the mass grave sites with flowers or messages, which prevents them from observing burial rites and customs. According to Amnesty International, families have faced prosecution for seeking the truth about the victims.