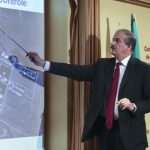 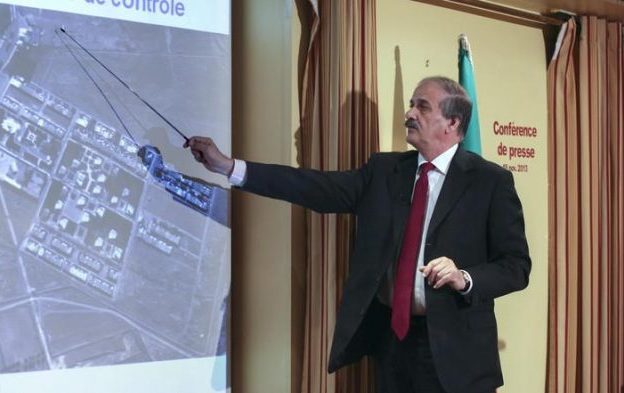 Mehdi Abrichamchi the chairman of the committee of Peace and Security of the National Council of Resistance of Iran (NCRI), during a news conference in Paris, revealing the Iranian regime’s clandestine nuclear activities – November 2013

The Institute for Science and International Security, a think tank focused on nuclear proliferation, published a report on May 7, shedding light on the Iranian regime’s clandestine nuclear program. The report, entitled ‘Shock Wave Generator for Iran’s Nuclear Weapons Program: More than a Feasibility Study’, used information previously revealed by the People’s Mujahedin Organisation of Iran (MEK), to gather intelligence and build a greater understanding of the Iranian development and manufacturing of key nuclear weapon subcomponents.

The report reveals that since the early 2000s, the Iranian regime has been active in the development of nuclear weapon subcomponents. The Ahmad Plan, as it was known, sought to develop a “shock wave generator”, a system designed to initiate a charge that would prompt weapons-grade uranium to achieve a supercritical mass and create a nuclear explosion.

The Ahmad Plan sought to develop five nuclear weapons using this technology. It also implemented the construction of an underground facility for nuclear testing. The report also indicated that the plan involved “at least one former member of the Soviet nuclear weapons program”, indicating that the clerical regime had the assistance of foreign agents.

The report goes on to describe how after 2003, when the MEK and National Council of Resistance of Iran (NCRI) exposed many of the regime’s clandestine nuclear activities, parts of the program were given cover stories.

4
Sanjarian site was first publicly identified in2009 by @Iran_policy,as “Research Center for Explosion&Impact”(METFAZ).#NCRI stated this site was developing high-explosive detonators for use in atomic bombs & manufacturing components for these detonation systems pic.twitter.com/wwc8KwH0V4

One such location was located near the village of Sanjarian. Known as the “Sanjarian facility”, the site was the location chosen to build the explosive components in the shock wave generator. After 2003, it was redesigned to appear to be a non-military facility carrying out non-military tests, hiding its true purpose.

However, in 2009, the NCRI and MEK sources got wind of the activities taking place at Sanjarian. The opposition revealed that the facility was engaged in the development of high-explosive detonators for use in nuclear weapons.

Staying One Step Ahead

More recently, the MEK confirmed that the regime had moved many of its activities out of Sanjarian. The opposition group concluded that the bulwark of the Iranian nuclear program was now being carried out in the Parchin military complex.

This is supported by satellite imagery of the Sanjarian facility, which appears less maintained than in previous years.

14
NCRI stated METFAZ in 2017 did not conduct these activities at Sanjarian,but conducted them at another location, identified as the “Research Academy” located in tunnels near Mamlo Dam north of Parchin High Explosive Test Chamber Facility

In 2017, the MEK published extensive findings on the Iranian nuclear weapons program. It revealed that the majority of its activities were now taking place in tunnels near Mamlo Dam north of the Parchin High Explosive Test Chamber Facility.

The report concludes that moving forward, the International Atomic Energy Agency (IAEA) must be permitted to regularly inspect Iran’s nuclear research sites, including Parchin and Sanjarian and examine any equipment and materials relating to the enrichment of uranium and development of shock wave generators.

The IAEA must also be granted permission to interview personnel involved in the shock wave generator project and characterize and understand the status of the project today.

The MEK will continue to work tirelessly to expose the Iranian regime’s nuclear activities. Since 1991, the resistance group has exposed some 100 secret nuclear projects and helped prevent the regime from fulfilling its nuclear ambitions.