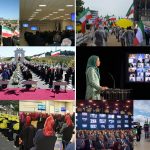 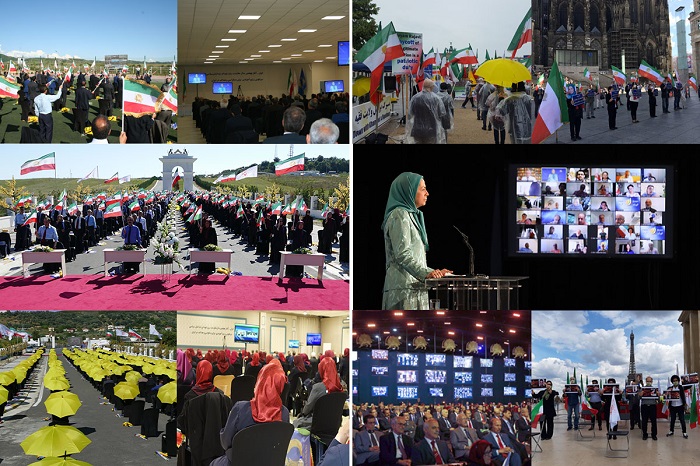 MEK Iran: Freedom, democracy, and human rights were the theme of the International conference on Iran.

Iranians from all over the world, plus international supporters, participated yesterday in an online conference. This was to celebrate the founding of the resistance movement that took place nearly four decades ago.

Freedom, democracy, and human rights were the themes of the conference and this aim was supported by key dignitaries from around the world.

"Today, the Iranian regime is terrified of the organized Resistance movement and the growing support for the NCRI and its President-elect @Maryam_Rajavi," said former UK Minister Baroness Sandy Verma.#FreeIran2020https://t.co/lRB3Rqtk5p

Sadly, after the Iranian revolution of 1979 and the overthrow of the Shah’s dictatorship, democracy was never fully restored. Soon after this time, a resistance movement was initiated which has to this day been the main opposition to the terror of the mullah’s regime. It is called the People’s Mojahedin Organization of Iran (PMOI / MEK Iran), which has fought tirelessly to install a secular, free democracy in Iran.

Exposing and confronting the Iranian regime’s policy of exporting terrorism and fundamentalism in the past four decades in which the NCRI and the PMOI have been fully engaged is part and parcel of the major campaign to overthrow the ruling religious fascism #Iran pic.twitter.com/ttgUBN1yBt

According to NCRI President-elect, Maryam Rajavi, these last four decades of Iran’s modern history have led to many sacrifices made by the members of the Iranian Resistance including the never to be forgotten summer 1988 massacre of political prisoners. She says now Iran is experiencing a more rebellious generation as they have quickly learned how in previous decades Iranians have made sacrifices as they resist the oppression of the Iranian Regime.

Maryam Rajavi reminded the conference that in December 2017 an important uprising took place, followed in November 2019 by a similar uprising. She said that even though the regime is arresting, imprisoning, and even executing members of the resistance, it is not stopping the resistance from growing. She mentioned the fact that the mullahs are attempting to spread lies about the (PMOI / MEK Iran) and the Iranian Resistance, but these sorts of deceiving tactics are not stopping the protests. She said that the attempts of the regime to erase the opposition simply isn’t working.

She emphasized that the world is waking up to the terrorist activities that the mullahs are waging against their people. Also, she told the international community that the mullahs should not be supplied with arms and it shouldn’t be banking oil profits for its benefits, but this money belongs to the Iranian people who own the soil where the oil comes from. She further stated her support for the extension of sanctions and the restoring of UN Security Council resolutions against the regime.

Íngrid Betancourt, former Colombian Senator, and presidential candidate supports wholeheartedly the aims of the MEK and indicates how devastated she is by the execution of 120,000 opponents since 1979. She also condemned the ruthless violence inflicted on the protesters in November 2019, which caused the death of no less than 1,500 people. She condemns the way the regime hasn’t supported its people throughout the outbreak of COVID-19. She went on to applaud the MEK for its stand on gender equality in a country where women are rarely put first. She said the time is up for the Iranian regime and its now time to restore democracy in the country.

"Iran's regime is funding its terrorists and proxies in Syria, Yemen, Lebanon and Iraq with money it should be spending on helping the Iranian people fight the novel coronavirus," said former Jordanian minister aisal Al-Rfouh.#FreeIran2020https://t.co/WVLHbnMxAE

Faisal Odeh Al Rfouh said the time is right for the International community to take a stand on the role of the oppressive force currently controlling Iran. He alluded to the terrible treatment of the Iranian people by the regime in the current COVID-19 crisis. It is so bad that thousands of people are dying needlessly and prisoners instead of being let free have been executed trying to escape the virus in the prisons. He also mentioned that the regime was spending the country’s wealth in Syria, Lebanon, and Iraq but not on its citizens. He blames the mullahs for the instability that has arisen in the area and now the time has come to put an end to it.

"We have an enormous task in fighting the common enemy of the Iranian people and of all peace-lovers and democrats in the world, which is the mullahs' regime in Iran," said MEP Hermann Tertsch.#FreeIran2020https://t.co/LvigcFiG6n

Views from Hermann Tertsch, a Member of the European Parliament

He said that the regime so far has gained from its collaboration with the west but now things have got out of hand and it is time for a real change and rid the country of its current terrorist mullahs.

"It is time for Europe to be strong & take concrete action to make Iran's regime understand that we are adopting a firm policy & that Europe stands w/ the Iranian people & their Resistance" for #FreeIran2020, said former Spanish Sen. Margarita Gari Duran.https://t.co/X4cgDdr4zM

She has said as much as the other attendees of this virtual conference that the resistance movement supports the people while the current regime exploits them. She said, “We are proud to stand with you Mrs. Rajavi. Let’s move toward a free Iran.”

"We in Europe stand with the Iranian people and their organized Resistance for democracy and freedom led by @Maryam_Rajavi," said former Speaker of the German Bundestag Rita Süssmuth.#FreeIran2020https://t.co/kp2pVdwz6A

She praises Mrs. Rajavi for her aim to install equality between men and women in Iran. She said this will open the door to a new Iran which will encompass more freedom for the Iranian people.

Former Human Rights Minister of France @ramayade tells MEK members in Albania in today's online conference: “The mobilization of Iran's youth as never before is your victory. Ashraf 3 is your victory. Nothing can prevent your greatest victory” of bringing about #FreeIran2020. pic.twitter.com/PBWn9J9Dfw

Rama Yade said the youth in Iran will pave the road to victory for a new, freer Iran.

"In Iran, the youth are suppressed and arrested. This regime exploits even the novel coronavirus to kill political prisoners," said Italian MP Antonio Tasso.#FreeIran2020https://t.co/74Tk0seBL0

Mr. Tasso condemned the regime for exploiting the presence of COVID-19 to murder political prisoners and to oppress and arrest the country’s youth. He emphasized how important it is for the EU states to make that leap forward and support the Iranian people in their struggles against oppression. He said as an Ashrafi that Iran no longer deserves to hold a seat in the United Nations.

"I renew my support for the initiative of [Iranian opposition President] @Maryam_Rajavi to protect the rights of women in Iran," said Michele de Vaucouleurs, Member of the French National Assembly.#FreeIran2020#IStandWithMaryamRajavihttps://t.co/KLsm0iJ5UH

Michele de Vaucouleurs showed his admiration for women and girls in Iran as they stand up and reject the regime’s misogynist rule. In particular, he shows his distaste for honor crimes perpetuated by the mullah’s regime.

"The NCRI & @Maryam_Rajavi can lead Iran to a democratic future. Prospect of a free secular democracy is what the regime fears most. That's why they try so hard to damage the opposition's image & reputation," said British MP Steve McCabe.#FreeIran2020https://t.co/05nNAivjlh

Mr. McCabe showed his admiration for how the resistance movement has persisted and survived since 1979. He mentioned that the mullahs had sadly hijacked Iran and tried to impose their religious code which hasn’t benefited the people. The Iranian resistance predicted this would happen soon after the revolution as religious nationalism started to unfold and Maryam Rajavi has persisted with fighting for change in the country. He said he wanted the British government to support Mrs. Rajavi and her aim to put in place a free and democratic Iran.

.@Boxxyqt: "Last Nov there were protests across the nation & 1500 Iranians gave their lives for a free Iran. Recently in state media, the regime admitted that thousands of Iranians especially the youth are joining the MEK's Resistance Units"#FreeIran2020 https://t.co/qjQrDfT59W

Sina said that Britain has just let Iran slip below the radar and has failed to either show interest or condemn the brutal activities of the mullahs. He said it was time for the British government to wake up and support the resistance movement as it fights for justice, freedom, and human rights for the Iranian people.