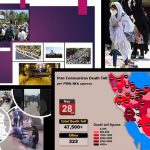 MEK Iran: Iranian Regime Worried about Society that is Simmering with Discontent

Written by Mohsen Aboutalebi on May 28, 2020. Posted in NEWS 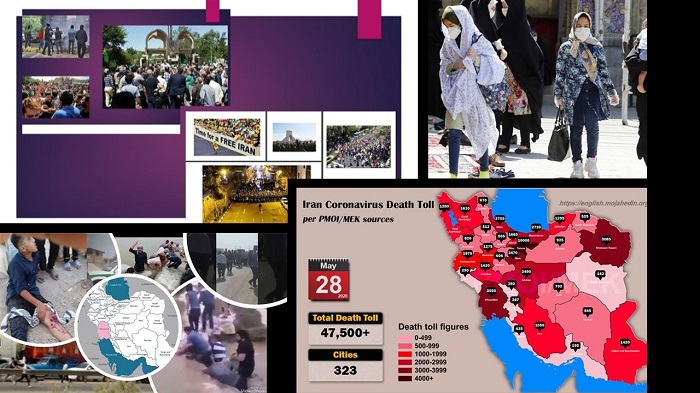 The Iranian regime has created such a mess for itself. It has destroyed the Iranian economy and it had made very powerful enemies. Its biggest enemy, however, is the people of Iran. They are going to be the cause of the regime’s eventual collapse.

Society is well and truly simmering with discontent. Over the past few years, there have been numerous strikes, protests, anti-government demonstrations, and several significant uprisings. And it is going to stay this way for some time to come.

Villagers in the coronavirus-stricken province gathered on the road connecting the cities of Ahvaz, Ramhormoz, and Omidiyeh to protest serious shortages of drinking water in their homes. Residents of Khuzestan Provincehttps://t.co/aIglLZbj8f#Iran #MEK #COVID__19 @USAdarFarsi pic.twitter.com/oab5IyKULj

Recently, protests were held by residents in Gheizaniyeh because of water shortages. As is to be expected, the regime sent repressive forces to silence the people. The angry residents were met with brutal force, tear gas, and bullets. Several people were hurt, one of whom is a small child.

These residents, and many more residents from neighboring villages, have faced water shortages for many years. They have been promised many times by the government that their issues would be resolved, but they have been let down time and time again.

The area around Gheizaniyeh is rich with oil wells and it contributes significantly to the regime’s revenue. Despite this, the people of Gheizaniyeh are suffering from great poverty. Unemployment is high and they do not even have sufficient water supplies.

Gheizaniyeh is just one area where the people have great grievances with the regime. The regime has tried to quickly silence them for fear that tension will spill over in other places too. The injured people were paid a visit by a representative for the Supreme Leader and President Rouhani sent the Energy Minister and governor of Khuzestan to take steps to appease the people. The governor issued an apology and said that the water problems would be resolved within two weeks.

This type of response is very unique and it goes to show just how frightened the regime is of another uprising. Towards the end of last year, Mujahedin-e Khalq (PMOI/ MEK Iran) reported that there have been at least 1500 killed by suppressive forces in Iran. MEK Iran also released the names of 504 slain protesters.

More than 47,500 people have died of the novel #coronavirus in 323 cities checkered across all of #Iran's 31 provinces, according to the Iranian opposition PMOI/MEK. pic.twitter.com/EZe5KHSyW5

Dissent is especially high now because of the Coronavirus outbreak that the regime has neglected to manage. The number of deaths has spiraled out of control – so far, more than 47,500 people across the country have lost their lives. Not only are people becoming ill or losing loves ones to this terrible virus, but they are also suffering economically. A huge number of people have lost their jobs and many people are struggling to put food on the table.

It is too late for the regime to make amends with the people. Four decades of corruption, malign policies, suppression, and disregard for human rights are not something that can be forgiven or forgotten. Not that the regime has any intentions of making amends – its recent actions in Gheizaniyeh are not a sign of changing policies, rather they are a sign of the regime’s desperation to prevent another uprising. The regime’s collapse is more a question of when not if.