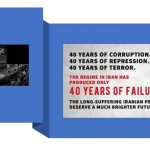 Khamenei Getting Worried About the Influence of the MEK Iran 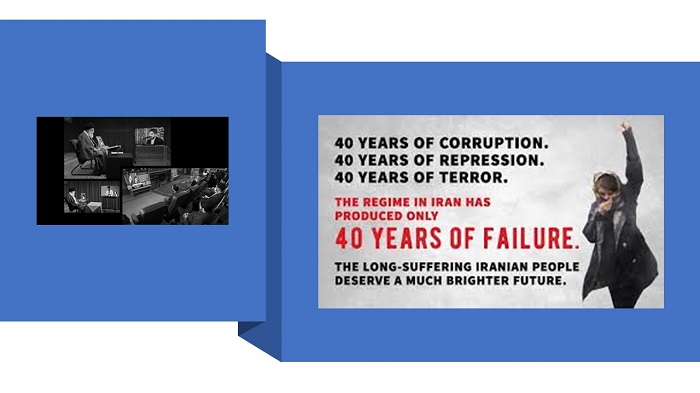 Ali Khamenei, is beginning to have nightmares about the MEK Iran.

Iran’s Supreme Leader, Ali Khamenei, is beginning to have nightmares about the increasing influence of the People’s Mojahedin Organization of Iran (PMOI/MEK Iran), Iran’s main opposition, on Iran’s youth.

He expressed some of his concerns in a May 17th meeting with young representatives of the Revolutionary Guards (IRGC) in Basij: “Everyone should be careful about the enemy recruiting members of our young society… I have always said that I believe and hope to have a ‘young and Hezbollahi’ government, meaning an effective and high-spirited government that can resolve our problems.”

Khamenei went on to reminisce about the early days of the Iranian Revolution saying that young people were attracted to the MEK Iran. “For whatever reason that their beliefs were not strong, they were recruited by groups that had mixed perspectives,” he said.

Khamenei is getting worried about the potentially explosive social situation in Iran as he thinks that opposition forces are “waiting to use any opportunity.” He says that the MEK Iran is using any sign of internal dissent to portray the regime as in danger of collapse. “Be careful of those who take advantage of these protests to pursue their objectives against the state,” he said.

Khamenei implored his listeners not to “prevent an atmosphere of dialogue.” He said that many officials had told him that they preferred not to visit the universities and talk to Iranian students as they were constantly getting poor reception. Khamenei’s views, although hypocritical, reveal that the Supreme Leader, understands that young people show hated towards his regime.

The recently killed former IRGC Quds Force chief, Qassem Soleimani, Khamenei’s most devoted follower, got a mention in Khamenei’s ramblings. “We need a young and active government that can resolve the country’s problems,” he said, but then went on to contradict himself by going on to say “there are those who work well into their old days and never get tired,” referring to Soleimani.

Khamenei is worried that the MEK Iran will exploit the dissent amongst the younger generation. He urged the IRGC’s younger members to be careful not to alienate other young people. “Expand your ranks through recruits,” he suggested, but “I don’t advise appeasing people who don’t believe in our revolution.”

Khamenei’s words come soon after allegations by the judiciary that have been made about the connections that two college students with impeccable records have with the MEK Iran.

“Everyone should be aware that they are working to influence our youth, to take advantage of our younger generation. Whenever they need elements inside the country, they focus their efforts on our youth,” Khamenei stressed.

The MEK Iran is serving as a beacon for freedom, representing a rebellious and defiant generation who were key players in the December 2017 and November 2019 uprisings. These selfless people believe that the fight against the coronavirus is part of the resistance against the regime.

The MEK Iran reports that over 43,000 people in the country have died from coronavirus, mostly the poor as they were forced back to work five weeks ago and cannot afford to stop work. At the same time, even the regime’s experts are predicting that a major uprising is coming soon; potentially big enough to overthrow the regime.