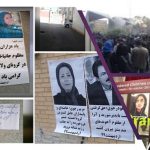 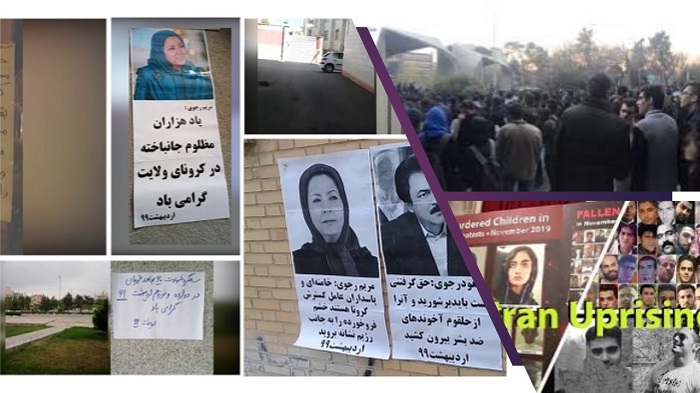 The rebellious young people, the MEK Iran, and the people are making it clear that they will not be silenced.

The People’s Mojahedin Organisation of Iran (PMOI / MEK Iran) has been supporting the people of Iran for decades. They have worked through crisis after crisis over the years and its support continues in this time of great uncertainty.

The Mujahedin-e Khalq (PMOI / MEK Iran) has Resistance Units the whole way across the country and they have been very active in recent times. Most recently, they have been putting up banners and posters in cities across Iran declaring their support for the leader of the Resistance Mr. Massoud Rajavi and President-elect of the National Council of Resistance of Iran (NCRI) Mrs. Maryam Rajavi.

The Resistance Units have also been expressing their solidarity will all those battling COVID-19 in the country and have been encouraging the people to revolt against the regime and protest. They have also taken the opportunity to call for the release of political prisoners.

The MEK’s activities have been taking place all over the county including in capital Tehran, Qom, Shiraz, Omidieh, Karaj, and Arak among others.

They have described the regime as the Mullah’s virus and have emphasized that the only way for the regime to collapse is for the people to make their voices heard loud and clear.

The Iranian regime is extremely concerned about dissent in the country and it has been taking advantage of the Coronavirus outbreak to contain the possibility of another major uprising like the one that took place last November.

However, an uprising is inevitable, especially given the regime’s negligence and mismanagement of the Coronavirus crisis. The people of Iran are not going to forgive and forget, especially now that more than 41,700 people have died across the country after contracting COVID-19.

Over 41,700 people have died of the novel #coronavirus in 318 cities checkered across all of #Iran’s 31 provinces, according to reports tallied by the Iranian opposition PMOI/MEK as of Friday afternoon local time, May 15.https://t.co/eUZu94TwPp

The Iranian Resistance has highlighted the regime’s use of the health crisis as a tool for suppression of the people and it, and the people, are renewing their calls for regime change. The role of the MEK Resistance Units and the people of Iran is vital in the upcoming weeks and months.

These members and individuals are bravely risking everything – literally arrest, imprisonment, torture, and even execution – to make their voices heard. They know, and more importantly, the regime knows, that the people are going to be the force behind the regime’s eventual collapse.

Rebellious young people have been out in the streets across Tehran and other cities where they have torched Basij bases, showing their disdain towards the notorious Islamic Revolutionary Guard Corps (IRGC) that has been behind the suppression of the people. Their anger is a display of the anger that people across the country are feeling. The rebellious young people, the MEK Iran, and the people are making it clear that they will not be silenced.