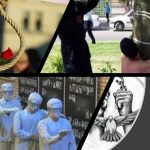 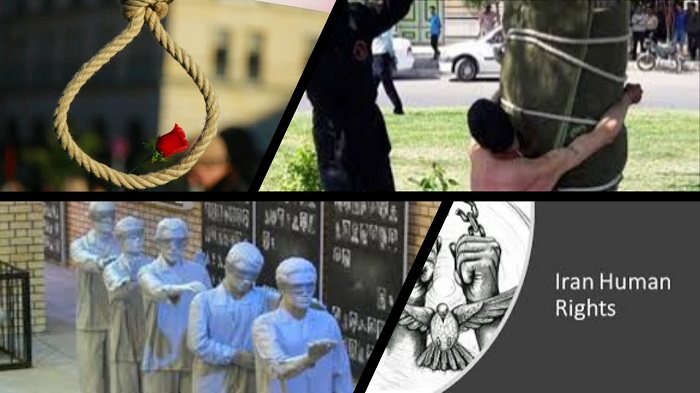 The people of Iran have been faced with crisis after crisis over the past few years. The latest crisis that it is dealing with is the Coronavirus outbreak that has already claimed the lives of more than 39,300 people across the country.

Amid this major health crisis, many human rights violations continue to take place, including executions.

During April, it is thought that at least 32 people were executed by the Iranian regime. Several of those that were hanged were individuals that were minors at the time of their alleged crime.

More and more Iranians are being imprisoned for speaking out about the regime’s response to the #COVIDー19 outbreak in #Iran.https://t.co/zF6GpovfII#MEK #Corona @USAdarFarsi pic.twitter.com/0uxNp9zMB7

Other inmates that were executed last month include prisoners that participated in protests over the horrific conditions they were being held in. Many protests took place after prisoners’ concerns about their health were raised and subsequently ignored. Many had asked to be released on furlough for the duration of the health crisis, but their requests were refused.

International human rights organizations have been calling for immediate intervention following worrying reports about the conditions in prisons since the beginning of the Coronavirus outbreak. It has been reported that prisoners infected with COVID-19 are often not separated from the rest of the prison population, leaving many highly vulnerable to becoming infected. The sanitary and hygiene state of prisons across the country have been well below international standards for years, and the current health crisis makes this even more unacceptable.

The death penalty in Iran has been something that human rights activists and organizations have been drawing attention to for years. The Iranian regime uses executions as a way to dissuade dissent and as a way of controlling the population. Iran is the second most prolific executioner in the world. Amnesty international’s recent death penalty report indicates that Iran carries out approximately one-third of all executions in the world.

Iran is also the most prolific executor in terms of child offenders. It ignores international conventions and laws that protect minors.

The people of Iran refuse to be controlled by the Iranian regime. Iranians have very little freedom in their lives because of the regime’s medieval laws, but nothing the regime can do will ever silence the people. During a major uprising at the end of last year, the people of Iran risked arrest, imprisonment and even execution to make their voices heard.

The regime in #Iran knows no limits in using the novel #COVID19 virus to torture political prisoners. pic.twitter.com/niKNIicS3y

The main opposition to the Iranian regime – the People’s Mojahedin Organization of Iran (PMOI / MEK Iran) – is a big help to the people. The opposition works in the interests of the people and the main goal is regime collapse. The people want peace, freedom, democracy, respect for human rights, and equality.

For four decades, the regime has suppressed the people. It has curbed freedoms and it has sparked and meddled in conflicts abroad. We can see that the regime, after 40 years of selfish acts, is never going to change. The people of Iran are battling against the biggest health crisis in recent times, yet they still describe the regime as a bigger threat than Coronavirus.