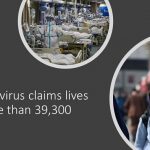 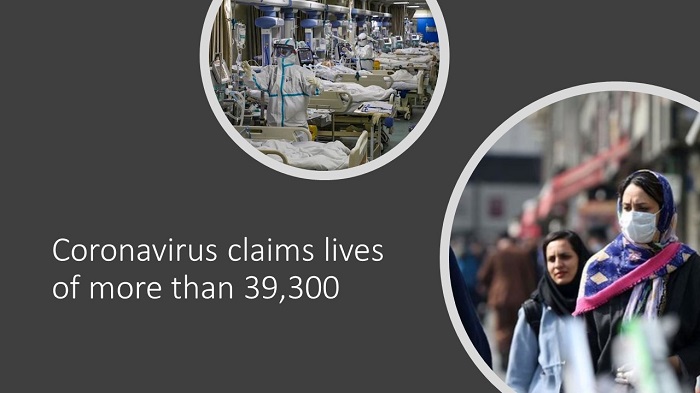 MEK Iran: Coronavirus claims lives of more than 39300 in Iran

The Coronavirus crisis in Iran continues to claim the lives of hundreds of Iranians every day. Instead of taking measures to reduce the death toll, the negligent mullahs are making the situation worse.

President Hassan Rouhani first announced that people should return to normal working activities. He then announced that religious sites across the country would be reopened to the public.

Scientific and medical experts, and even some regime officials, have warned against this, emphasizing that this is a dangerous move considering that the crisis has not been brought under control. They warn that the death toll is going to continue to rise and that it will put the health services under immense pressure.

Iranian President Hassan Rouhani and Supreme Leader Ali Khamenei have made it very clear that they do not value the lives of their citizens. They are putting their own selfish needs first and are making the people of Iran even more vulnerable than they already are.

The main opposition to the Iranian regime – the People’s Mojahedin Organization of Iran (PMOI / MEK Iran) has been reporting on the death toll every day. It is providing a valuable service because it is very clear that the regime is not going to report accurately about the situation. The regime’s death toll is around the 6,000 marks, whereas the MEK Iran that has been in touch with medical professionals across the country – has reported that the death toll has surpassed 39,300.

Once again, we see the regime is trying to cover up the extent of a crisis. It is showing us, again, that it cannot be trusted to be truthful – not to the people of Iran and not to the international community.

In several areas across the country, the death toll and the number of people admitted to the hospital are increasing sharply every day. In numerous cities, hospitals have run out of beds or will do very soon.

The head of the University of Medical Sciences in North Khorasan has said that in the next few days the number of people with COVID-19 will be unprecedented.

Shockingly, the Iranian president has announced the reopening of religious sites. President Rouhani said that they will be opening in cities that are “low-risk” and “virus-free”. However, no such areas exist – and certainly not in 132 cities like the president is claiming.

#Iran
The Implications of Sending People Back to Work Amidst the #Coronavirus Outbreak pic.twitter.com/XSxib2FoCQ

The leaders of Iran are keen to lessen the impact on the economy, hence the decision to send people back to work. The reopening of religious sites is so that the regime can resume its plundering of the people’s money. The regime is also keen to return to its normal propaganda activities, where it can use sermons to influence the people.

The regime’s inaction and harmful measures are criminal and the regime must be held accountable for the harm it is exposing the people to. The Supreme Leader said a month ago that he would provide a huge sum to fight Coronavirus, but it is yet to materialize.