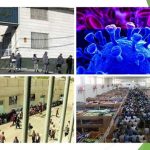 Written by Mohsen Aboutalebi on May 5, 2020. Posted in NEWS 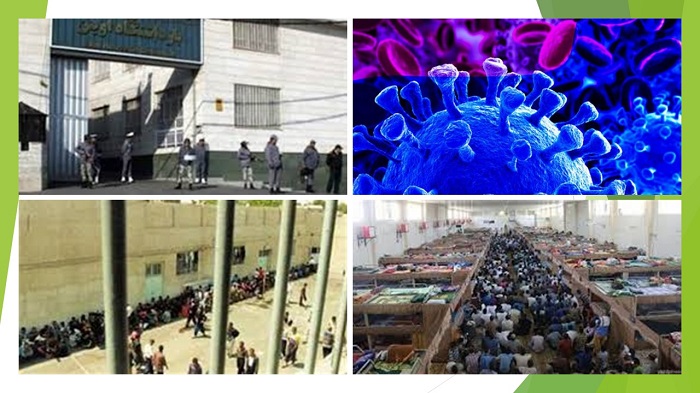 Prisoners are affected by the Covid-19 in Iran.

More and more Iranians are being imprisoned for speaking out about the regime’s response to the Covid-19 outbreak in Iran. At the same time, prisoners are becoming sick with the disease, and those who try to complain, resist, or escape face severe punishment, including death.

The situation has got so bad that some political prisoners are going on a hunger strike or committing suicide in protest. The latest to do so was Mohammed Nourizad, a prisoner of conscience, who committed suicide in protest at the arrest of his son and against the rising rate of infections in prison.

The Iranian regime has consistently lied and covered up the true scale of the epidemic within the country from the very start. They refused to acknowledge that Covid-19 had taken hold within Iran until a month after the first case had occurred and the steady stream of hospitalizations thereafter. It was the National Council of Resistance of Iran (NCRI) that revealed the true scale of the impending disaster.

The regime has continued to under-report the numbers of Iranians who have become infected and died, as well as denying that the disease had penetrated many of Iran’s prisons, where prisoners were sitting ducks. Former political prisoners and human rights activists, aware of what conditions were like in Iranian prisons, knew that the regime’s claims were false.

While covering up the true scale of the epidemic, Iranian officials were attempting to blame the United States, saying that it was the sanctions imposed on the regime that was the cause of the high fatality rate from Covid-19. And yet, the regime refused to release prisoners from prisons where the disease could so easily spread,

The mullahs show their lack of compassion for ordinary Iranians by their despicable attitude to those in prison, depriving them of the sanitary conditions they need to counter the virus and shooting those who attempt to protest or flee.

Throughout April, as the virus spread inexorably through Iran’s prisons, prisoners were forced to riot and attempt to escape from the dire situation they found themselves in. Many large-scale riots occurred across Iran. The regime responded with brutality. Many prisoners were killed as they attempted to flee and many others were executed after they were re-arrested. Shayan Saeedpour was one of the youngest of those executed. He was under the legal age for imprisonment.

Mrs. Maryam Rajavi, the President-elect of the National Council of Resistance of Iran (NCRI), urged the United Nations and the Human Rights Council on two separate dates in February and April, to take action to secure the release of eight political prisoners held in Mashhad Prison. She condemned the long sentences given to these prisoners, one of whom has already contracted Covid-19 while in prison. She has asked the U.N. to send someone to inspect the condition of the prisoners held in Mashhad Prison and take measures to ensure their safety.

The NCRI has reported that the judiciary has increased the rate of public executions, used as a way of intimidating the public, and those who are brave enough to protest the way the regime has mishandled its approach to dealing with the health crisis. On April 23rd, there were 15 hangings alone, and more soon followed in the following week.

It is hard to know exactly how many prisoners are being executed as the regime maintains a veil of secrecy over its practice of imposing life sentences and executions. Iran has one of the highest per-capita rates of executions anywhere in the world, but actual figures are hard to come by as they often rely on anecdotal evidence from those close to the prison environment.

It seems that the mullahs are using the under-reporting of the effects of the virus to rid them of political prisoners through a purge in Iran’s prisons.

At least 39,000 people in Iran have died as a result of contracting Covid-19. This figure was released by the NCRI but substantiated by senior Iranian health professionals. The health system in Iran has been overwhelmed, but just to say so is a crime in Iran. The so-called crime of “rumor-mongering” can lead to a sentence of three years in prison, something that has already been meted out to over 3,600 people, according to a spokesperson for Iran’s armed forces.