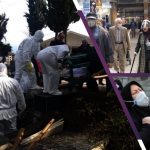 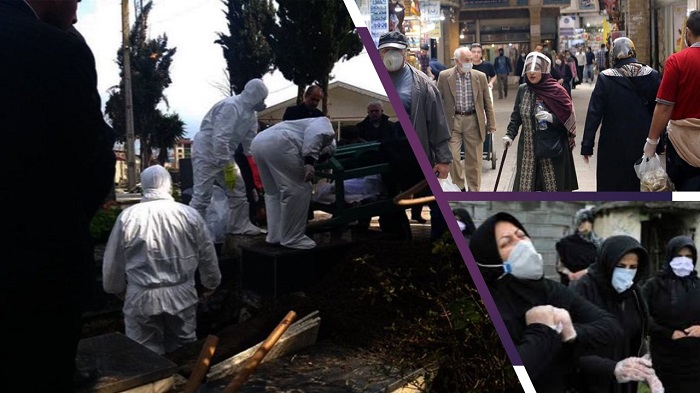 The Coronavirus outbreak in Iran continues to claim a large number of lives every day. The latest figures from the People’s Mojahedin Organization of Iran (PMOI / MEK/Iran) indicate that more than 39,000 people have died after contracting COVID-19.

The situation remains very worrying because the regime has failed to take the necessary measures to protect the people and to bring the outbreak under control.

Since the beginning of the outbreak, the regime has failed to take appropriate action. What is extremely concerning is that the regime continues to put the people in danger. Reports from around the country indicate that the number of deaths on a daily basis is increasing, yet Iranian President Hassan Rouhani announced yesterday that starting from today mosques in 132 cities will reopen.

More than 39,000 people have died of the novel #coronavirus in 312 cities checkered across all of #Iran's 31 provinces, according to the Iranian opposition PMOI/MEK. pic.twitter.com/lgMwIi5yWg

President Rouhani said that these cities are classed as “white” areas, explaining that they are not high-risk or dangerous areas. From this Friday, mass prayers will be held. He also said that in some “red” areas – areas where there is a much higher risk – some businesses will be able to reopen.

The Iranian president has not taken heed of the warnings by scientific and medical experts that warn that the health services will be overloaded with sick people. Hospitals across the country are already struggling, with many doctors, nurses, and other medical workers falling sick. Dozens of medical professionals have already died after contracting COVID-19 and mental health issues are becoming more prevalent as the outbreak continues.

The decision to send people back to work and to reopen religious sites is a criminal decision. It is making the already vulnerable people of Iran even more vulnerable and it is allowing the health crisis to continue.

The head of the Coronavirus Task Force in Tehran has said that although numbers are decreasing in the capital city, it is essential that Tehran is still considered a risky city. If back-to-normal measures are taken too soon, the situation will quickly return to critical again. Alireza Zali warned: “We must not be deceived by a decrease in numbers.”

Another member of the same task force expressly disagreed with President Rouhani’s decision to reopen religious sites. Furthermore, Mohammad Reza Mahboubfar said that there are no white zones.

Over 38,700 people have died of the novel coronavirus in 310 cities checkered across all of Iran’s 31 provinces,…

Posted by People's Mojahedin Organization of Iran – MEK IRAN on Sunday, May 3, 2020

“I don’t agree with Rouhani’s remarks about religious sites probably reopening in white areas (…) There are no white zones, and there will be no white zones.”

Almost a month ago, Supreme Leader Ali Khamenei said that one billion euros would be allocated to the health crisis from the National Development Fund. However, the funds have still not been delivered as promised. Iraj Harirchi, the regime’s Deputy Minister of Health, has expressed his concern about this, indicating that the “bureaucratic process” is taking some time and that the Ministry has still not received any funds.

The Iranian president and the country’s Supreme Leader have been so negligent – criminally negligent – and it is time that the international community intervened to protect the people of Iran.