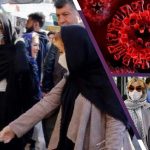 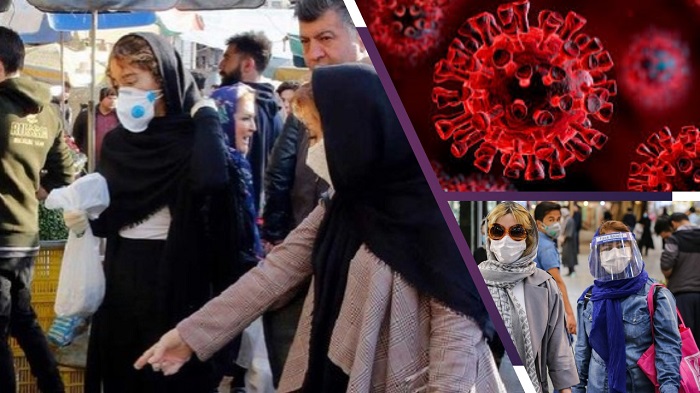 The COVID-19 crisis in Iran started after IRGC affiliated Mahan Airlines flights to china continued, but the regime kept it secret for a long time.

“Khamanei wanted the streets to be full of a crowd during the February 12 anniversary of the Islamic Revolution, and many participants in parliamentary elections on February 21. But none of these wishes was fulfilled, and the number of cases of corona affected increased.”

The reality is that the COVID-19 cannot hide something the Iranian people call “coronavirus of the supreme leader.”

As of Thursday, April 30, 37,600 people in #Iran have died as a result of #COVID__19 according to the latest reports from the #MEK Iran. The #Iranian regime has only confirmed 6,028 of those deaths.https://t.co/7RdCZBBx5a#COVID19 #coronavirus @USAdarFarsi pic.twitter.com/UIrX7AOLZN

The supreme leader is the cause of the high number of casualties due to COVID-19 and poverty in the country. Parallel to increased military and financial power of the Revolutionary Guard (IRGC), the Iranian economic conditions have declined. High unemployment, extensive corruption in governmental systems, improper working space, and destroying Iran’s capital and resources are daily procedures.

The state-run Arman daily wrote: “in the current situation one-third of people of Tehran are stuck in their daily jobs, and one-third can last up to two more months. The conclusion is that the army of the poor will rise.

During the November 2019 nationwide uprising for tripled gasoline price, the regime of the Supreme leader shot over 1500 young protesters dead on the street.

Supreme leader Ali Khamenei uses the crisis as a tool against the collapse of his regime at the price of human lives. The regime has no intention to help the people, and the regime’s President Hassan Rouhani, with his daily lies about the statistics, portrays a dominant image by claiming to have overcome the coronavirus crisis. He aims to make believe that people should not take such a deadly crisis seriously and think about daily food on their table.

The People’s Mojahedin Organization of Iran (PMOI / MEK Iran) announced on Wednesday, April 29, 2020, that the number of victims of the coronavirus in 306 cities in Iran had exceeded 37,600.

Over 37,600 people have died of the novel #coronavirus in 308 cities checkered across all of #Iran’s 31 provinces, according to reports tallied by the Iranian opposition PMOI/MEK as of Thursday afternoon local time, April 30.https://t.co/z4olH0BwSd

Dr. Massoud Younessian, a member of the faculty of Tehran University’s Medical Sciences, said in an interview with Setareh Sobh Daily: “government statistics are systematically lower than the actual numbers. If we take note that only 20 percent of the cases are hospitalized, and half of them are tested positive, we can conclude that the real numbers are 20 times more than what is reported.” If we multiply the death count declared by the regime, which is 5,957 to 20, more than 113000 have been lost.

For Khamanei and the mullahs, maintaining the regime even at the cost of millions of lives is an obligation. This is the reason why it has established IRGC and Basij forces in the hospitals to prevent the real numbers from leaking.

In all the countries in the world, the governments try to prevent deaths but in Iran, the mullahs consider it an opportunity. In this regard, the prisoner, especially prisoners of conscience, are still kept in prison during the pandemic. The human rights experts of the United Nations called on Friday for the freedom of all political and foreign prisoners in Iran.

At the end of March, we witnessed protests and riots in prisons across Iran, which was answered by a cruel and bloody suppression and led to the death of several prisoners.

The situation of prisons as it relates to the spread of COVID19 is dire. Most prisoners in Evin Prison’s Ward four have been infected with coronavirus and are suffering from dry coughs, fever, shivering, and diarrhea.

The prisoners in Tabriz prison wrote on the prison walls, “we are buried alive.”

On Monday, April 27, the French foreign ministry announced that Shayan Saeedpour and Majid Esmailzadeh were sentenced at the time they were a child. Shayan Saeedpour escaped from Saqqez prison out of fear for coronavirus but was rearrested and hanged.

Sharam Baygan, who was affected to COVID-19 in Tabriz Prison, was rearrested while scaping with a broken leg and executed.

On April 20, the National Council of Resistance of Iran (NCRI) said in its statement on the conditions of political prisoners:

While the situation in prisons in Iran with the coronavirus outbreak grown direr as many prisoners, particularly political prisoners, have contracted the virus, the religious fascism ruling Iran, terrified of popular uprisings and to intimidate the public, has resorted to cruel and arbitrary daily executions in various parts of the country. These executions have continued even in the holy month of Ramadan.

Most of the political prisoners in ward four of Evin Prison have contracted coronavirus and suffer from dry cough, fever, shivering and diarrhea; still, the regime is neither releasing, nor quarantining, nor treating them. It has practically condemned them to death by attrition.

Since the beginning of Ordibehesht, the second month in the Persian calendar (April 20, 2020), scores of prisoners have been hanged. Only on Tuesday, April 28, 2020, the clerical regime hanged two prisoners in Urmia, one in Sanandaj, and another in Kermanshah.

Earlier, on April 23, seven prisoners in Gohardasht prison, two in Dastgerd-Isfahan, one in Kermanshah, and another in Shiraz were executed. The same day, five prisoners were hanged in Zahedan, Sanandaj, Tabriz, Khalkhal, and Shiraz. On April 24, two prisoners and on April 27, another prisoner, were hanged in Sanandaj. Shayan Saeedpour, a juvenile prisoner, 17 at the time of arrest, who had escaped during Saqqez Prison’s rebellion on March 27, was executed on April 22.

Mrs. Maryam Rajavi, the President-elect of the National Council of Resistance of Iran (NCRI), again urged the international community, especially the Security Council, to act to stop the executions and secure the release of prisoners, particularly political prisoners. She added: Silence vis-à-vis the atrocities perpetrated in prisons by the clerical regime is tantamount to disregard for humanitarian principles for which humankind has offered millions of victims.