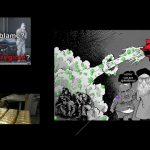 MEK Iran: The Iranian Regime Wants Sanction Relief to Spend on its Own Survival

Written by Mohsen Aboutalebi on April 27, 2020. Posted in NEWS 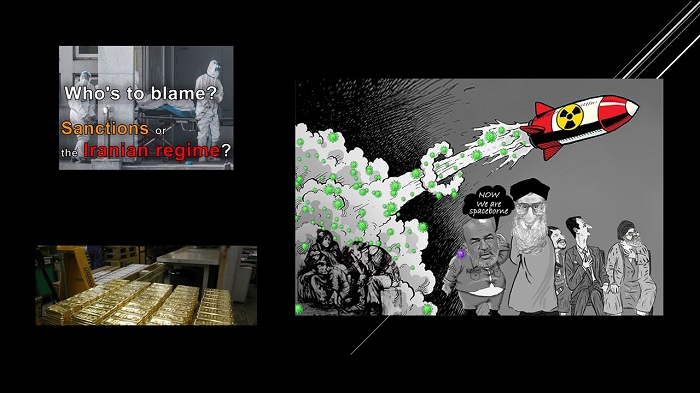 The Iranian regime is seeking its sanctions to be suspended.

One constant refrain from the Iranian regime is for sanctions imposed on it to be suspended. The regime has used the COVID-19 outbreak to strengthen its case for a cessation of sanctions but wants the extra funds made available to further its tenuous grip on survival.

The regime already has enough of its cash to deal effectively with the economic effect of the disease, as well as prevent the spread of the virus and alleviate the suffering of the Iranian people. Sanctions relief would simply mean the regime has even more money at its disposal to spend on the things that matter to it. If the regime needed more money to treat those who have become sick from the coronavirus, they could have accepted the offer of medical aid from the U.S. made last month. The fact that they rejected this aid exposed their ulterior motives in their unrelenting focus on removing the sanctions.

What revealed the motives of the mullahs, even more, was the rejection of the offer from “Doctors Without Borders” to build a field hospital in Iran capable of treating 50 sick people a day. Sanctions are explicitly aimed at the regime, rather than the country as a whole. If sanctions were lifted it would mean that the regime could get its hands on frozen assets and enough funds to do what it pleases without its motives being questioned.

The likelihood that money released from a lifting of sanctions being spent on COVID-19 treatment or helping Iran’s shattered economy is low. It is far more likely that the extra cash would be spent on the regime’s pet projects: furthering terrorism abroad, developing missiles, repressing public opposition to the regime, and other nefarious policies. Even without an injection of funds from sanctions relief, it seems that the regime is determined to press ahead with these projects whatever the effect on the suffering of the Iranian people. The recent launch of a military satellite by the Islamic Revolutionary Guards Corps (IRGC) is just one example of the regime’s warped idea of priorities.

The supposed “success” of the latest attempt at putting a satellite into orbit marks what has been a long-touted goal for the regime. It has been trying with no apparent success for the last three years. The attempts at launching a rocket into low earth orbit have been a priority for the IRGC even though the virus has been marching almost unabated across the country.

Over 35,300 people have died of the novel coronavirus in 298 cities checkered across all of Iran’s 31 provinces,…

The IRGC has had its hands on huge amounts of money to further its missile projects while the Health Ministry has been sidelined. The paramilitary has had the lion’s share of the national budget since Supreme Leader Ali Khamenei put the IRGC in charge of the response to COVID-19. The health budget has been used to strengthen the grip the IRGC has on society rather than being used for treating Iran’s suffering citizens.

The controversial application for a 5 billion dollar loan from the IMF has put into question just why the regime turned down the offer of medical aid from the U.S. The European Union’s head of foreign policy has voiced its regret over the opposition to the loan by the U.S., saying that the request should have been accepted from a humanitarian point of view. However, as economist Farshad Momeni explained to the ILNA news agency in an interview, the loan, if granted, would just lead to even more corruption, inequality and economic backwardness judging from the regime’s inept handling of its finances, endemic corruption and the absence of any clear and far-sighted planning.

The Iranian regime’s foreign defenders have overlooked the persistent failures by the regime, especially the deliberate delay on acting to contain the coronavirus outbreak in its initial phases. During the first month of the outbreak, instead of ensuring policies of social isolation and distancing, it encouraged Iranians to assemble in crowds as it held celebrations to mark the anniversary of the 1979 revolution and then the sham parliamentary elections.

That month’s delay, and the shunting of public money away from directly helping the fight against the virus, has meant that Iran now has one of the worst fatality records in the world. There is a huge disparity between the regime’s official figures of just over 5,000 deaths from COVID-19 and those of the MEK Iran who have put the figure much closer to 35,800 deaths.

Even if the regime could be trusted to spend most of its frozen assets on disease relief, it is unlikely that this would have any serious effect on lightening the load on the Iranian people. The regime is not only incompetent. It is also malicious. Loosening the sanctions or granting the loan while the pandemic is on would be unlikely to serve the Iranian people well at all, and would serve to embarrass the west as well.

The National Council Resistance of Iran’s president-elect, Mrs. Maryam Rajavi, put it succinctly when she said: “There are no obstacles or prohibitions for the purchase and import of medicines and medical equipment for the clerical regime, but rather than lives of the people of Iran, they are only concerned about their own pockets suffering from sanctions.”