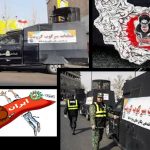 Amid COVID-19 Crisis, Why Seeking Regime Change in Iran is Important 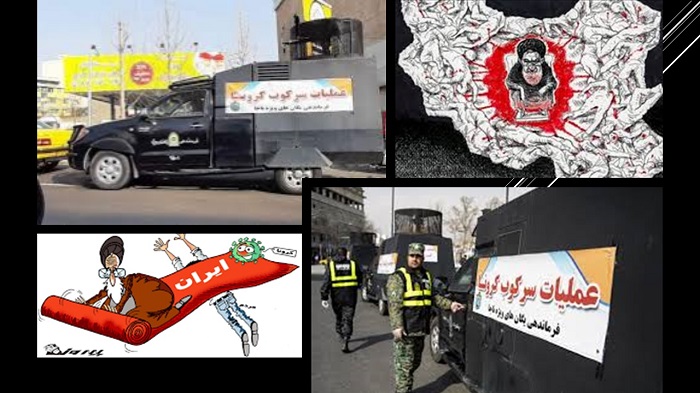 Over 32,000 people have died of the COVID-19 virus in 294 cities across all of Iran’s 31 provinces, and only the regime is responsible for this catastrophic situation.

The regime officials must be held accountable for the disaster in Iran. Despite knowing about the outbreak and spread of the COVID-19 in Iran, they ignored warnings. They deliberately misled the public to prevent the virus from impacting its orchestrated February 11 anniversary festivities and the February 21 sham parliamentary elections to maintain their regime.

On March 3, Khamenei tried to downplay the COVID-19 crisis and said: “In comparison to other problems, this is very small. This can be an achievement. If we have these achievements, the disaster will become a blessing for us.”

Khomeini also called the eight-year war between Iran and Iraq, “a gift from God,” a war that left one million dead and two million disabled in Iran. At the same time, according to the opposition Mojahedin-e-Khalq (MEK Iran), the regime has executed 120.000 of the freedom-loving generation of Iran and tried to delay the imminent danger of a popular uprising with the bloodiest internal repression.

This is why Khamenei downplays coronavirus death toll and sees it as an opportunity.

The November nationwide uprising was suppressed through a bloody crackdown by the IRGC forces who killed 1500 innocent protesters. However, this only raised hopes that the next riot will be the last one.

The Iranian Revolutionary Guard Corps (IRGC) is the cause of COVID-19 spread in Iran. Instead of thinking of people’s health, the regime covered up information on COVID-19 disease to ensure as high a public turnout as possible for the February 11 march for the anniversary of the revolution and the sham parliamentary elections on February 21. Mahan Air, owned by the Islamic Revolutionary Guard Corps (IRGC), continued passenger flights into China well into March.

After the announcement of the virus in Iran, the IRGC created a base to secure its suppressive measures and controlling the society instead of helping people.

The IRCG Brigadier General Habibollah Sayari acknowledged that the regime knew about COVID-19 outbreak even before February:

“We predicted the outbreak of this disease on January 18, through the observation of the global health system, we realized that this had spread in China. We prepared our forces and set up a base at the General Staff of the Armed Forces, we also set up a base in the army, and bases were also formed in the four forces of the Army of the Islamic Republic of Iran, and we took necessary measures.”

But he did not mention why Mahan Air flights to China did not stop until March 2.

At the moment, the regime lacks any strategy to confront the COVID-19 crisis. Instead, it tries to exploit the international attention to the death toll due to the virus to lift sanctions to fund the IRGC terrorist Quds Force and malign activities in the region and follow up its ballistic missile program.

Hassan Rouhani continues to lie about the virus outbreak so he can better keep a hold on the powder keg that is developing within #Iran.https://t.co/rhQEzuGirJ#COVID19 #coronavirus #MEK @USAdarFarsi pic.twitter.com/31zp97fQ6u

According to the report of the U.S. State Department in November 2019, the International Atomic Energy Agency (IAEA) announced to have discovered chemically processed uranium particles at an undisclosed location in Iran. The head of the agency reported that this issue showed the existence of possible unannounced nuclear material in Iran.

In March 2020, the head of the IAEA said that the Iranian regime has failed to provide inspectors access to the two undisclosed locations and, in particular, has left the agency’s requests for clarification on these points and possible unannounced nuclear activities in this and another unknown location unanswered.

On April 8, the spokesperson for Iran’s Atomic Energy Organization, Behrouz Kamalvandi, announced the regime’s expansion of nuclear activities. He said: “At the moment we have reached a production capacity that is almost equal to the capacity before the JCPOA that allows us to expand our centrifuges, and if we expand it we have a much better situation of even before the JCPOA.”

While the regime expelled the Paris-based Medecins Sans Frontieres (MSF), it requested a $5 billion aid package to help them through the coronavirus crisis. But also at the same time, it has started to build a nuclear submarine that will be funded by money stolen from the Iranian people.

The U.S. Secretary of State Mike Pompeo asserted that “any financial assistance to Tehran will either be siphoned off for corrupt purposes or end in the hands of the Lebanese Hezbollah, arms merchants and Shi’ite militia in the region.”

The sanctions have blocked regime warmongering policies in the region. Series of protests and demonstrations in Lebanon and Iraq showed that the regime is losing the middle east. Also, the November nationwide uprising has increased the hope for regime change among Iranians who have suffered more than 40 years from a clerical dictatorship. The death of IRGC commander Qassem Soleimani who had the blood of hundreds of thousands of Iranians, Syrians, and Iraqis on his hand, demonstrates the regime’s significant failure in his plan for regional domination.

Even in the least likely, the clerical regime will never become a responsible government in the region. This is a regime that will never abandon its nuclear ambition nor its terrorism and fascistic religious policies of export of fundamentalism and extremism in the region.

As the Iranian Resistance repeatedly said, time is running out for the ruling theocracy. The Iranian people and their organized resistance have the capacity and ability to bring about change.

The National Council of Resistance of Iran, the resistance’s parliament, is a coalition of democratic forces that seek a republic based on the separation of religion and State. The NCRI has committed itself to organize free elections for a constituent assembly within six months after regime change and handover the affairs to the people’s elected representatives so that society’s deep wounds caused by forty years of dictatorship would heal.

Change is on the way; the world must stand behind the policy of Regime change.

Yes, It is time for regime change!