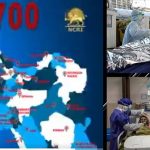 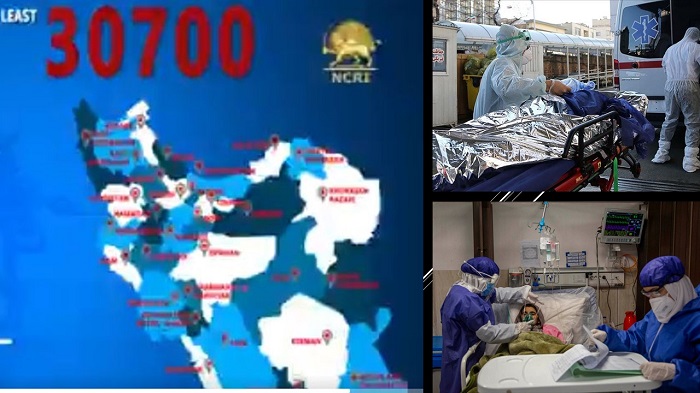 Mishandling of the coronavirus epidemic in Iran by mullahs leads to an unbelievable death toll.

The cover-up of the Iranian regime’s mishandling of the coronavirus epidemic in the country is unraveling. More and more state-run media outlets and regime officials themselves are contradicting the regime’s line that everything is O.K. and people can go back to work. All awhile the death toll mounts up and millions of ordinary Iranians are becoming impoverished.

The state-run ILNA news agency has reported that over 40 million workers and their families cannot survive on the wages they are forced to receive. “Many of these workers do not belong to a union and their jobs are not secure, so they do not have the option of asking their employers for a raise,” reports the news agency.

The Iranian regime’s Deputy Health Minister, Alireza Raisi, has been bold enough to contradict his own government’s official coronavirus figures. He said that the real number of people who have been infected is more like 800,000 and the death toll is also many more times the official figure.

According to the PMOI/MEK Iran, there have been already some 30,700 people die of the deadly virus across Iran’s 31 provinces and in 294 of its cities.

More than 30,700 people have died of the novel coronavirus in 294 cities checkered across all of Iran's 31 provinces, according to the Iranian opposition PMOI/MEK.#Iran#COVID19 pic.twitter.com/ROH2o7Gb5m

It’s not just ordinary Iranians who are getting infected, ether. The disease is taking its toll on medical personnel, according to the head of the Mashhad Medical Science University, where about 100 of the staff have become infected.

Regime officials are daring to speak out about the depressing picture in the country. The Deputy Health Minister reckons that the peak of the epidemic won’t come until the fall. A Gilan Medical Science University spokesperson compares the disease to “fire under the ashes,” as it refuses to die down but continues to smolder. “The virus remains active as we speak.”

The Qom Medical Science University dean points to the second wave of new cases in the region’s medical centers, especially in the city of Qom’s Kamkar Hospital. The dean says that the observed increase in new cases is due to a neglect of hygiene measures and the lifting of the quarantine.

Iranian President, Hassan Rouhani, seems to be oblivious to the suffering of ordinary people as he thinks that it comes secondary to kick-starting the nation’s sluggish economy. He says that Supreme Leader Ali Khamenei insists that production must be stepped up this year so that’s why he has ordered people to go back to their jobs.

The state-run Arman daily has commented on the sad sight of many children scouring rubbish dumps around Tehran looking for food or anything they can scrounge off the dumps to sell. Reporters from the daily contradict official reports that the number of child laborers has gone down due to coronavirus. They say the number of hungry children looking for food has gone up. They say that the children tell them that they cannot just stay home under quarantine as they will die from hunger if there is no food.

The report concludes that many ordinary Iranians, workers, state employees and even some of the middle class are increasingly under severe financial pressure.

“If our lower class loses trust and hope in our ruling class, such pressures from the current coronavirus and the economic consequences can lead to dangerous results,” says the report.