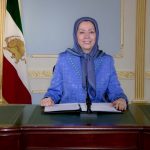 Maryam Rajavi: Arisen Women Have Come to Bring Down the Regime

Written by Esmail Mohades on December 6, 2019. Posted in NEWS 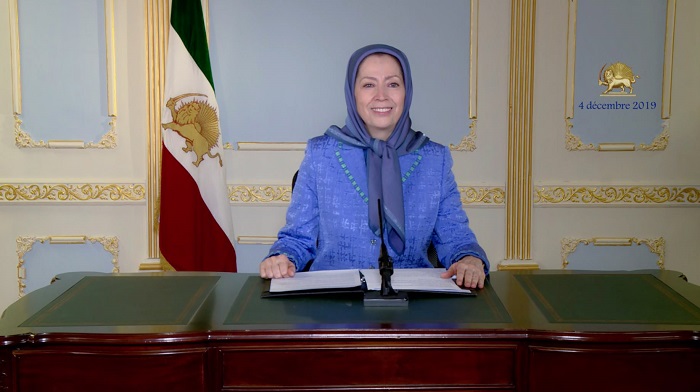 Mrs. Maryam Rajavi, the President-elect of the National Council of Resistance of Iran

Mrs. Maryam Rajavi, President-elect of the National Council of Resistance of Iran (NCRI), delivered a speech to the people of Iran celebrating the courage of the women of the MEK and Iranian Resistance who are bravely fighting for a free and democratic country.

This uprising will continue until freedom and democracy are established in #Iran. A free and democratic Iran is not only the urgent desire of the people of Iran but is essential for peace and security in the Middle East and the world. #IranProtests pic.twitter.com/ljMRTLb4JB

Women Are a Force for Change

“The courage exhibited by women and men and young people, and your sacrifices, have affected the grieving cities. Rebellious cities have risen up in our fettered nation and shanty towns have become hotbeds of revolution and rebellion,” Mrs. Rajavi said.

“Iran’s cities are rising up one after the other and everywhere; women actively participate, leading and supporting the protesters. We had already said that women are a force for change and will defeat the mullahs’ reactionary and religious tyranny,” she added.

Mrs. Rajavi called attention to the current uprisings. “See, how our courageous sisters encourage people to protest and rebel and lead the protesting units,” she said.

“The clerical regime’s Interior Minister said, ‘In the streets, two to three hours after sunset, we encountered some forces in these places who operated as units comprised of five or four or six persons. Usually, they were accompanied by a woman who encouraged others and invited them to join the protest.’ The regime’s experts said, ‘In various parts, especially in Tehran suburbs, women, between 30 and 35 years of age, had a special role in leading the riots… Women’s special role in leading the recent riots seemed remarkable.”

Mrs. Rajavi agreed that it is indeed remarkable. “The arisen women of Iran have come to the battlefield to bring down the regime,” she said.

Mrs. Rajavi noted that the regime continues its brutal crackdown on the uprising, and the number of confirmed deaths mounts on a daily basis.

“The Revolutionary Guards snatch the wounded from hospital beds and prevent the treatment of the severely wounded. Security forces haul away the bodies of martyrs from the morgues to conceal the scale of their massive bloodshed,” she added.

The regime’s leaders have shown no restraint in their efforts to put down the rebellion at any cost, said Mrs. Rajavi, but they are doomed to fail because this uprising is different than previous ones.

“The difference,” she explained, “is that the leading role of rebellious women and youths, who no longer tolerate the 40-year oppression of the criminal mullahs, and the sacrifices made by hundreds of martyrs, have enhanced the Iranian people’s resolve to revolt and rebel a hundred times more. As the Iranian Resistance’s Leader Massoud Rajavi said, ‘The Iranian people and Resistance paid a heavy, bloody price to achieve this enormous and irreversible leap forward.”

Mrs. Rajavi proclaimed that the Iranian people would prevail in their struggle for freedom. “The Iran uprising cannot be extinguished. The battle of Iranian people, resistance units, and the great Liberation Army will march forward and end the ruling religious tyranny,” she emphasized.

A Call to Iranian Women

Mrs. Rajavi urged the women of Iran to take the following actions:

Encourage compatriots to actively participate in funeral services for the fallen protesters and protest the arrest and torture of detainees.