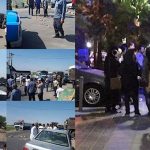 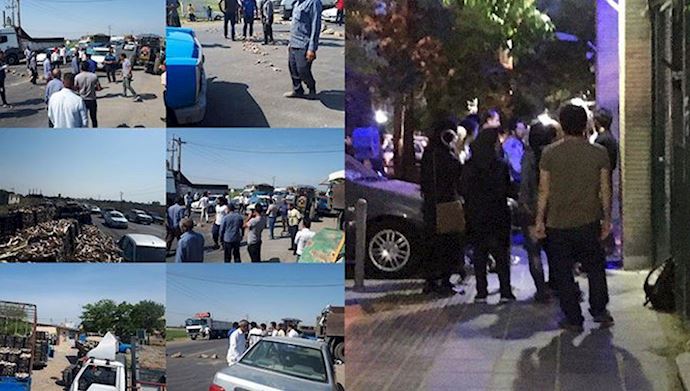 Iran protests continue in various cities. The recent protests refer to students at the University of Tehran and the farmers in different cities objecting regimes inhumane policies

Students and farmers held protests this weekend against the regime’s repressive practices in a continuation of the resistance movement that began in December 2017.

Late Saturday night, students at Tehran University gathered in front of the university dormitory to protest the illegal eviction of one of the dorm residents.

Although the rally was peaceful, police and repressive security forces stationed at the university feared that the protest would spread and attacked the students with suppressive force. The students resisted the efforts to disperse the crowd and continued their protest.

Saturday’s rally was the most recent in a series of protests by Tehran University students over arbitrary rules governing student housing. In February, students at the university held a number of protests after officials canceled the housing of several students who were living in the married students’ dormitory.

On Sunday, garlic farmers in the city of Parsabad Moghan, Ardabil Province, gathered to protest the low prices they are being paid for their crops and the entry of government-associated dealers into the industry.

Farmers in the northwestern province have been forced to stand in line for hours to sell their crops at prices that do not cover their own costs. In protest of this injustice, the farmers blocked a road leading to the city and demanded that local authorities address their concerns and take action to remedy the situation.

Iranian farmers have been protesting corrupt regime practices in various provinces for well over a year. The farmers of Isfahan Province staged a number of protests over the building of factories on the Zayanderud River upstream of their farms. The factories, which are owned by the regime and Islamic Revolutionary Guards Corps (IRGC)-controlled companies, divert water from the river, which left the farmers without water for their crops. Farmers in Isfahan blocked roads with their tractors and protested wearing grave shrouds to demand water rights.

Farmers across Iran were hit hard by the devastating floods last month, with many seeing their lands completely destroyed. The regime has offered little to address their economic concerns, and many of the farmers may see no assistance in rebuilding their farms or restoring the income from their lost crops.

Iran is in a state of economic and social upheaval, and the clerical regime’s efforts to suppress dissent have been ineffective. On the contrary, these attempts to quell the rising tide of rebellion have only served to increase the people’s motivation to rise up and overthrow their oppressors.

The resistance movement in Iran has grown dramatically since the anti-regime uprising in December 2017, which spread to 142 cities in every province in a two week period. The MEK has been instrumental in the growth of this movement and continues to organize and lead the path to a free Iran. There is an alternative.