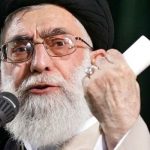 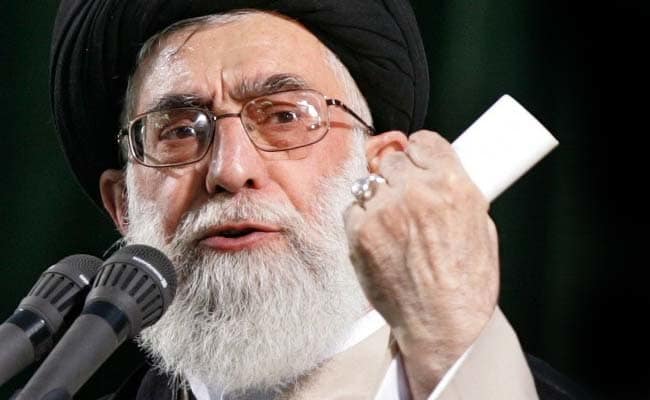 Khamenei gives a speech to a crowd of Basiji and IRGC thugs in Tehran’s Azadi Stadium. Experts consider the speech a show of regime’s fear of the growing discontent among the youth in Iran

Regime Supreme Leader Ali Khamenei gave a fiery speech in Azadi Stadium in Tehran on October 4th. The speech, which focused on Iran’s youth, was addressed to the country’s Basiji forces and was intended to boost their morale. Instead, Khamenei’s words revealed his fear of the growing protest movement that is taking aim at the tyrannical regime he heads and the U.S. sanctions that have crippled Iran’s already struggling economy.

In his speech, Khamenei harshly characterized Iran’s youth as “deviated” and “a problem for the society,” saying that “the true problem is that the country’s youth believe there are no solutions.”

Khamenei’s resentment toward the country’s youth results from the active role young people currently plays in the Resistance Movement. The regime spent the past four decades cultivating a demonization campaign against the MEK, hoping to delegitimize the opposition group and preserve the mullahs’ rule, but Iran’s youth have not fallen for the regime’s propaganda attacks. The rebellious youth of Iran know the MEK through their work to seek justice for the 30,000 political prisoners who were massacred by the regime in 1988, their efforts to end the regime’s current record of human rights atrocities, and their fight to put an end to the mullahs’ corruption and mismanagement of Iran’s wealth. And now, the young people of Iran know the MEK and its Resistance Units as the people who are organizing and leading the uprising that aims to overthrow the mullahs’ regime and restore democracy and freedom to Iran.

Khamenei can no longer deny the power of the youth and the threat they pose to the status quo. He has been forced to acknowledge that young people are playing a defining role in the ongoing uprising that threatens to topple the dictatorship that he controls, and his anger is evident.

Despite the malice Khamenei displayed toward Iran’s youth earlier in his speech, he later claimed that youth are the “driving force” of the regime. He neglected to mention that since the mullahs took power four decades ago, they have executed tens of thousands of these “driving forces.”

In a rare moment of self-awareness, Khamenei did admit that many former supporters of the regime have defected and continue to do so. This was an unusual strategy to employ in a morale-boosting speech, as it appeared to be an acknowledgment that the regime is faltering. He went on to repeat Khomeini’s old line that the regime’s enemy is not the United States but the MEK operating inside Iran. He further warned of active dissidents hiding within Iran.

Khamenei didn’t bother to hide the obvious fact that the regime faces a “treacherous road” and is in desperate need of “intellectual and practical overhaul.” He went so far as to say that those at the top of the regime are “tired, out of steam and lacking any spirit.”

“We have economic problems. We have an economy relying on oil, which itself is a major problem. We also lack a culture of cutting back on consumption,” he added.

The Supreme Leader admitted that U.S. sanctions have crippled Iran and that the country is likely to suffer more as the final wave of sanctions hit on November 8th. His solutions, though, focused mainly on preventing information from reaching the people.

“Our dissidents are using the media to influence public opinion. The media is an important tool and if the enemy gets a hold of it, it is a dangerous tool,” he said.

Khamenei failed to mention that the regime controls thousands of state-run media outlets, while the Resistance only has a few outlets through which to disseminate the truth. The people fight censorship to access these few avenues of truthful information, despite the efforts of the regime to suppress dissent through “networks of social media and other outlets.”

Khamenei told his Basij Forces that they should feel free to “fire at will” toward the end of his speech. These are the words of a desperate man struggling to hold onto the last vestiges of power.

It is worth noting once again that Khamenei’s speech was meant to boost morale. If this is what a morale boost looks like for the forces of the regime, then the people of Iran are very close to freedom.