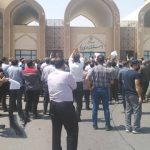 Iranian retirees are demanding their legitimate rights with anti-regime chants 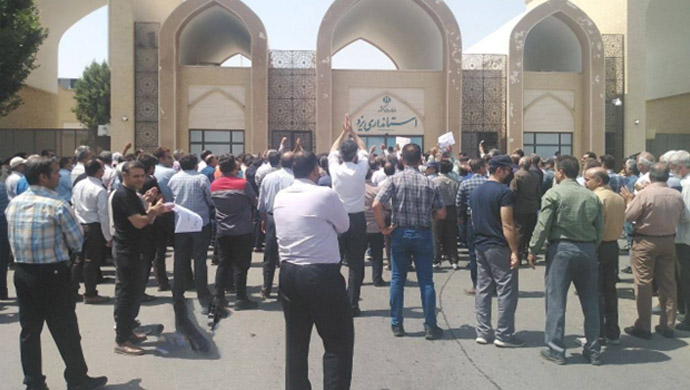 Retirees are regularly protesting, and these gatherings are intensifying after two recent waves of major anti-regime demonstrations recent weeks.

On Tuesday, June 7, Social Security Organization retirees and pensioners across Iran held protest rallies for the second day in a row, demanding higher wages and pensions, resolution of insurance issues, and improved living conditions. Demonstrations were reported in Mashhad, Karaj, Isfahan, Qazvin, Khorramabad, and Shush, among other cities. Retirees are regularly protesting, and these gatherings are intensifying after two recent waves of major anti-regime demonstrations recent weeks, sparked by extremely poor economic conditions, rising inflation, and skyrocketing prices of food staples such as bread, milk, dairy products, cooking oil, and others.

Retirees and pensioners are demanding an immediate increase in pensions to address their worsening economic conditions, while Iran’s economy as a whole continues to tank due to the regime’s mismanagement, widespread corruption, and the mullahs’ destructive policies.”Death to Raisi!” chanted protesters in Qazvin, referring to regime President Ebrahim Raisi and demanding that he keep his promises.

Protesters in Mashhad chanted, “Inflation is 100 percent!” Our pensions are 10%!” she exclaims, referring to the country’s rising inflation and how their meager pensions are preventing them from making ends meet.

The retirees in Isfahan complained that the regime’s oppressive State Security Forces were preventing them from holding their gatherings. This demonstrates how regime officials are extremely concerned about the possibility of such rallies turning into anti-regime demonstrations.

Raisi made bold promises to eradicate poverty and improve the country’s economic situation after taking office in August 2021. Prices of basic goods are skyrocketing ten months into his presidency, inflation is at an all-time high, and the rial’s value continues to plummet.

The elderly and retirees are among the hardest hit groups in society. To make ends meet, they rely on government stipends, but the regime has refused to raise their pensions in line with rising inflation and the depreciation of the national currency.

In the new Persian calendar year, the government was supposed to raise pensions (starting in March). It was also supposed to take care of any outstanding pensions from the previous year. It has so far failed to meet both demands.

Prices of flour, bread, milk, cooking oil, and other staple foods have risen dramatically in recent weeks. The regime has made empty promises to keep inflation and prices under control but has failed to do so.

This has sparked protests in a number of cities, which have quickly devolved into anti-regime rallies calling for the mullahs’ overthrow.

The regime continues to fund its military and terror apparatus, funneling billions of dollars into the coffers of the Revolutionary Guards and its terrorist proxies in the region, and spending vast sums on developing and testing ballistic missiles, while pensioners, workers, drivers, teachers, and other social sectors are deprived of their most basic needs.