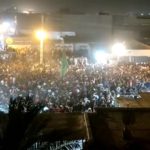 Written by Mohsen Aboutalebi on June 8, 2022. Posted in NEWS 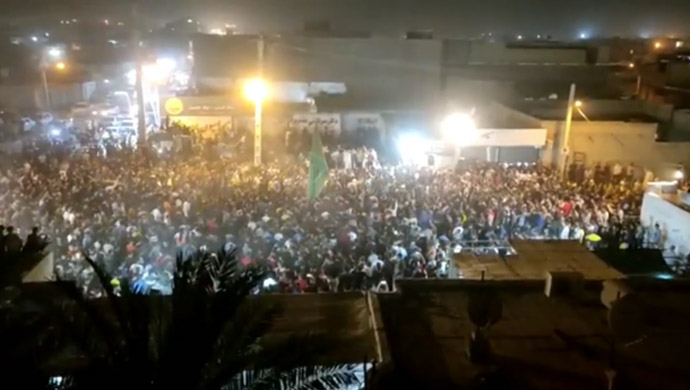 in Abadan, southwest Iran, on May 23, protests erupted, with at least 39 people killed. Local protests, on the other hand, quickly spread to other cities.

Following the collapse of the 10-story Metropol tower in Abadan, southwest Iran, on May 23, protests erupted, with at least 39 people killed. Local protests, on the other hand, quickly spread to other cities, and people on the streets began shouting slogans that were specifically directed at the regime as a whole, calling for regime change. Several cities across Iran had seen anti-regime protests in recent weeks due to rising inflation and skyrocketing food prices. People chanted, “Death to the velayat-e faqih principle!” in reference to regime Supreme Leader Ali Khamenei, and “Death to Raisi!” in reference to regime President Ebrahim Raisi.

Women were seen bravely chanting “Death to the dictator!” and sparking local protests in Andimeshk, southwest Iran. Plainclothes agents from the regime were dispatched right away to prevent the protests from spreading and to put an end to the rallies. Despite this, the locals came out in force and drove the regime’s oppressive units out of the area.

While crying crocodile tears for the victims, a senior mullah in Abadan attempted to divert popular protests by calling on people to participate in mourning ceremonies. People began to chant, “Shame on you!” as they protested.

Authorities in Abadan have also threatened those who organize “illegal gatherings” with “legal action.” Locals responded by massing and chanting more anti-regime slogans, sending a clear message to the regime’s local officials as well as all the way up to Tehran about how despised their entire apparatus is among the Iranian people.

The internet has also been disrupted, and at times completely disconnected, by regime officials. Meanwhile, the Iranian people have persisted in their determined anti-regime protests by finding new ways to send reports and footage of their courageous anti-regime demonstrations to the outside world. The fact that the mullahs’ regime believes it is necessary to shut down the internet demonstrates how concerned senior officials are about the protests’ dangerous potential.

To compel people to return to their homes, regime officials dispatched anti-riot units and a variety of security forces to the streets. Locals have been unyielding in their protests, and brave elderly mothers have been seen filming security forces and demanding that their supporters chant “Death to Khamenei!” These events signal a turning tide among Iranians and the general public, which is overcoming the regime’s ongoing efforts to instill fear throughout society.

This is just the tip of the iceberg in the long-running conflict between the Iranian people and their organized resistance on the one hand, and the mullahs’ regime on the other. Even high-ranking regime officials are concerned about the current situation.

This indicates that Iran is ready for change and that the Iranian people and their organized resistance are seeking regime change. The people despise the ruling regime, and the establishment is powerless to address the country’s mounting crises.

As a result, the vendetta continues to evolve, and the Iranian society’s powder keg against the regime can only explode. In such circumstances, any and all protests are regarded as serious national security concerns by the regime, despite the fact that more crackdowns will only spark more protests.