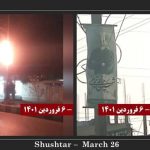 Iranians will Suffer Soaring Inflation in the Coming Persian Year

Written by Mohsen Aboutalebi on March 30, 2022. Posted in NEWS 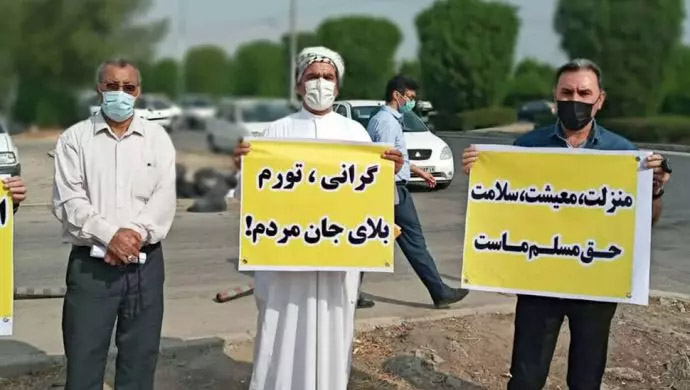 Protests over poverty in Iran: “High Prices, inflation are hurting the people.” “Dignity, livelihood, health is our inalienable right.”

According to official numbers issued by the state-run Statistical Centre of Iran, Iran’s inflation rate was 40.2 percent at the conclusion of the Persian calendar year 1400. For the preceding year, the official rate of inflation was 36.4 percent. This is the regime’s third official declaration of a rate of inflation above 40%, with the other occasions occurring in 1995 and 2019. It’s worth mentioning that state-run institutions have a history of underreporting in order to minimize the regime’s terrible economic management.

According to the new data, food prices have increased by an average of 52 percent year over year, with some food categories seeing price increases of over 100 percent. Other industries, such as housing and services, have suffered significant price increases as well.

The Statistical Centre’s information contradicts earlier assessments, implying that the regime is attempting to downplay economic concerns. According to the report, the cost of housing and rent in March 2022 was up 27% from the previous year. However, according to the regime’s own media and the Central Bank, house prices in Tehran have risen by at least double that amount.

The rial’s average market exchange rate against the US dollar was around 260,000, indicating a 13% depreciation of the national currency. The rial has lost 80% of its value in the last five years, falling from roughly 40,000 rials to a record low of 300,000.

The regime’s so-called attempts to control inflation and prices, such as the fixed-rate 42,000 rial-to-USD exchange rate, commonly known as the “preferential currency,” have all failed spectacularly. Even the regime’s specialists are warning that the decision could lead to runaway inflation and price spikes, possibly triggering widespread protests. The newly installed government of Ebrahim Raisi believes that removing the preferential currency will combat corruption and embezzlement.

The reality of daily living in Iran proves that the situation is far worse than the government claims. On March 23, the state-run Khabar Online website wrote, “Studies show that price hikes are worse than previously thought. The price of poultry has reached 400,000 rials per kilogram and it is projected to reach 700,000 rials soon.”

And as the regime continues to implement the new economic policy, the situation will worsen. “Every kilogram of lamb meat is sold at 1.5-1.6 million rials to store owners, who sell it at about 1.7-1.8 million rials to consumers,” the state-run Eqtesad Online website said on March 23.