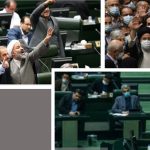 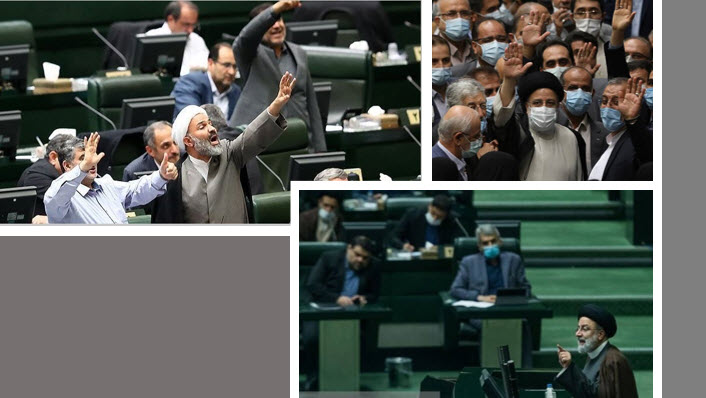 The MPs’ crocodile tears for the people reflect their fear of a response from the public as Raisi went back from his promises.

President Ebrahim Raisi of the Iranian regime has been presenting his government’s budget plan for the past two weeks. While the regime’s parliament quickly adopted the budget’s general terms, MPs continue to warn Raisi about the dangers of abolishing the official exchange rate. Despite multiple warnings from regime officials, economists, and state media about the “devastating” repercussions of abolishing the official exchange rate, Raisi and his cabinet continue to dig holes in order to carry out their plan.

” People’s backs have been broken by soaring prices.”

The state-run Sharq daily reported on January 18 that “the spokesman of the Budget Consolidation Commission indicated yesterday that abolishing the official currency rate has serious consequences for the people.”The MPs’ crocodile tears for the people reflect their fear of a response from the public. According to Sharq, Mojtaba Zoulnori, the chair of the parliament’s Security Commission, admitted that Iran’s “society cannot bear the economic implications of removing the official exchange rate.

” People’s backs have been broken by soaring prices.” On January 18, Kazem Delkhosh, a member of the Budget Consolidation Commission, told the state-run Khabar Online website that “the current situation is not conducive for eliminating the official exchange rate.” The government’s initiatives should not put the people under further strain. Those actions may fix the government’s problem, but they will have a significant negative impact on people’s livelihoods,” Delkhosh added. He was quoted as saying, “Removing the official exchange rate will increase the prices of at least 25 consumer goods, influencing the prices of 600 to 700 items, causing crushing financial misery to the people.” 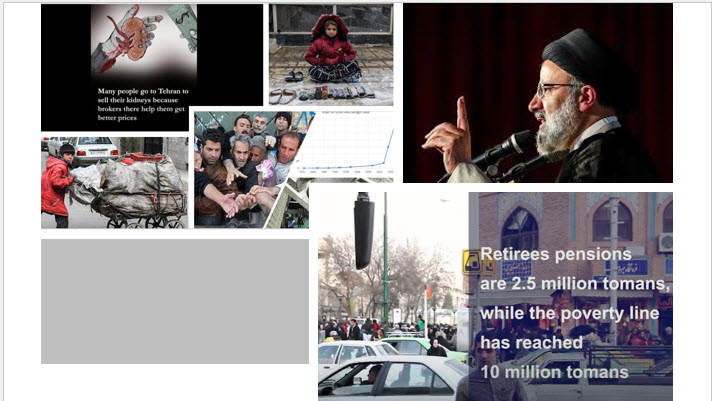 The state-run Khabar Online websiteThe current situation is not conducive for eliminating the official exchange rate.” The government’s initiatives should not put the people under further strain.

A letter from former MP Ahmad Tavakoli to Raisi and other heads of branches regarding the effects of abolishing the official exchange rate was also published in Sharq newspaper. “Ignoring predicted inflation has serious consequences. Aside from inflation, the most painful consequence of this crisis is a dreadful recession, which exacerbates people’s financial difficulties,” Tavakoli warned.”Inflation has crushed people,” Tavakoli told Sharq newspaper, “and it will be worse [if Raisi removes the official exchange rate].” “People’s patience is wearing thin.”

The Hassan Rouhani government introduced the official currency rate of 42,000 rials to the dollar in 2018, ostensibly to regulate the price of basic consumer items. Because the official exchange rate money was distributed to the regime’s front enterprises, using it did not effectively lower the prices of fundamental items. It instead allowed regime officials and their relatives to plunder billions of dollars and sell essential commodities on the free market for a much higher price. 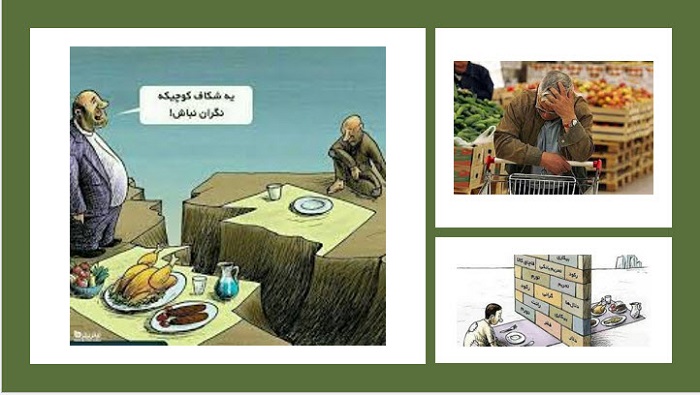 Because the regime lacked sufficient funds, it began printing banknotes to increase liquidity. Due to the regime’s corruption, inefficiency, and mismanagement, Iran’s output rate is extremely low, producing rapid inflation and increasing prices.

Mardom Salari: “The term Raisi uses the most is ‘must,’ which has had no positive outcome”
“Presently, the prices are increasing by the hour and the price of the family product basket has reached 120 million rials”