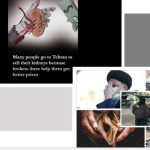 Written by Mohsen Aboutalebi on February 23, 2022. Posted in NEWS 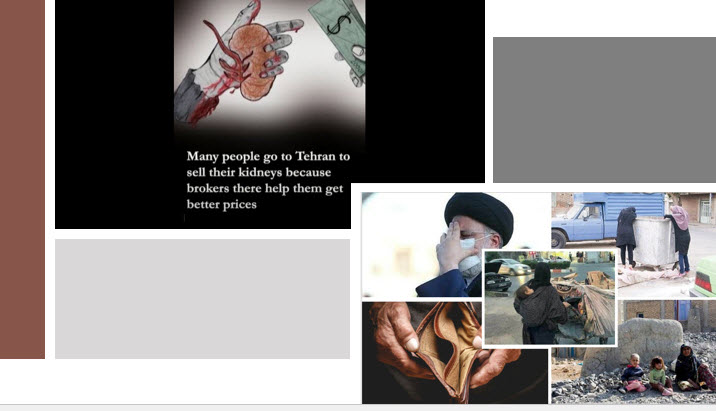 One of the people who has put his kidney on sale told: ‘I am a 37-year-old man with blood type O + and in perfect physical health.

Iran is currently experiencing its biggest economic crisis since the fundamentalists took power. Parts of the country’s chronic economic issues are acknowledged by state media. People are struggling to make ends meet, and heart-breaking reports from Iran indicate that the sale of body parts and essential organs are on the rise.

The question is whether reviving the fatally flawed 2015 Iran nuclear deal [Joint Comprehensive Plan of Action (JPOA)] with world powers would benefit the Iranian people while talks in Vienna continue.

I am 42 years old, married, and have two children. To make ends meet, I’ll have to sell one of my kidneys. I’m a construction worker who has been unemployed for about six months. I want to open a small shop with the money from the sale of my kidney; I have no other choice,” the state-run Fararu website reported on February 14. There are numerous agonizing facts about selling body parts.

One of the people who has put his kidney on sale told: ‘I am a 37-year-old man with blood type O + and in perfect physical health. I am ready to do any test you want, but I won’t sell my kidney for less than 1.2 billion rials,” Fararu’s website acknowledged another moving fact. 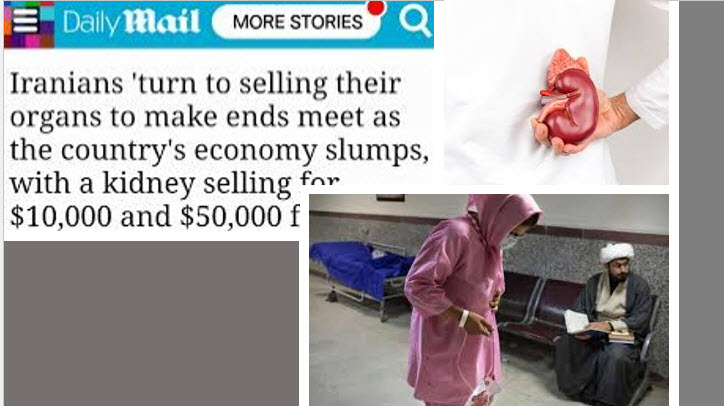 I am 42 years old, married, and have two children. To make ends meet, I’ll have to sell one of my kidneys.

With the current free-market exchange rate of 260,000 rials for a dollar, 1.2 billion rials equals almost $4,000. In other words, because of the rising inflation rate, which hovers around 50%, a young man is selling an essential organ to make a pitiful livelihood. Housing and food prices would not be enough to cover all costs. Ebrahim Raisi’s Minister of Economy, Ehsan Khandoozi, recently admitted that the upcoming Persian year 1401, which begins in March, will be a year of increased inflation.

“Khandoozi’s comments imply that retirees and employees will face a year of suffering that they did not cause.” Iranian people have no say in the system’s decisions, and sanctions have been imposed on the country as a result of [the regime’s] warmongering foreign policy,” according to Nabanews. “People’s incomes and expenses do not match. The middle and lower classes have been unable to afford their basic needs and have dramatically curtailed their purchases of other items. On February 5, Iranian economist Vahid Shaghighi Shahri told the Fararu website that “a fall in market demand from consumers is an indication of recession.” 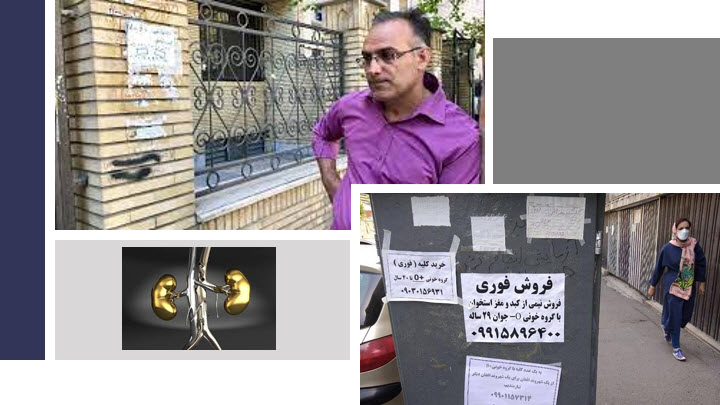 The middle and lower classes have been unable to afford their basic needs and have dramatically curtailed their purchases of other items.

He also admitted that, contrary to what Tehran’s apologists claim, restoring the deeply flawed 2015 nuclear deal will not fix Iran’s economic problems.

“Even if the JCPOA is restored, Iran’s economy would confront so many obstacles that unfrozen funds kept in various countries will not be able to ramp up Iranians’ purchasing power,” he warned. Other priorities for Tehran include sponsoring terrorist proxy groups such as Hezbollah in Lebanon and the Houthis in Yemen.

In the last several days, there have been dozens of protests by people from all walks of life. “On the streets, we will achieve our rights,” people, particularly teachers and seniors, said in their slogans. These demonstrations, in which people accuse regime officials of causing and exacerbating economic issues, reveal Iran’s tumultuous social situation. This is what government leaders and state media are afraid of.

“Are any officials concerned about public opinion? On February 17, the Jomhouri-e Eslami daily issued a warning: “Do not allow the hourglass come to an end; it will not be possible to return it to the beginning.”