MEK Iran: How Defective is JCPOA

Written by Mohsen Aboutalebi on September 18, 2021. Posted in NEWS

The study paints a picture of nuclear projects that are more advanced than they were in 2015, prior to the completion of negotiations with six world countries that resulted in the Joint Comprehensive Plan of Action or JCPOA.

(PMOI / MEK Iran) and (NCRI): The Iranian regime announced that it will begin the next phase of its rollback to the 2015 Joint Comprehensive Plan of Action (JCPOA) known as the Iran Deal.

That arrangement was supposed to increase the regime’s nuclear weapon “breakout time” from a few months to well over a year. Despite this, the JCPOA contained numerous flaws that allowed the regime to quickly resume its nuclear weapons program.

This was evidenced when the Iranian dictatorship began routinely breaking its obligations under the agreement, despite the fact that the other five signatories — the United Kingdom, France, Germany, Russia, and China – remained committed to it.

JCPOA is defective and incomplete

In February 2020, Tehran formally ceased all compliance with the JCPOA, setting the stage for the current crisis, demonstrating once again how defective and incomplete the JCPOA was in regulating the regime’s nuclear program.

Officials in Iran have admitted to the regime’s deception tactics. Despite a fatwa from the regime’s Supreme Leader Ali Khamenei, which supposedly commands the opposite, Intelligence Minister Mahmoud Alavi confirmed in February 2021 that the regime would be free to pursue a nuclear weapon. “The fatwa forbids the production of nuclear weapons, but if they push Iran in those directions, it is not Iran’s fault,” he stated. 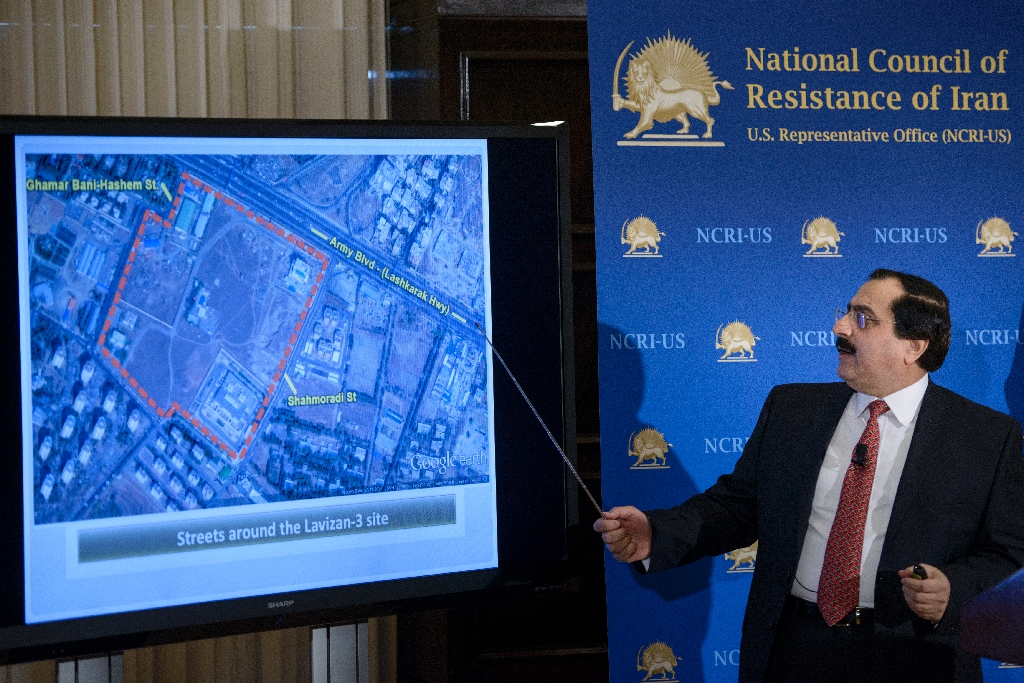 (NCRI) and (PMOI / MEK Iran): The NCRI disclosed details of secret underground nuclear research sites in Iran, known as Lavizan-3, at a press conference at the National Press Building in Washington, DC in February 2015.

The release of the newest report

The release of the newest People’s Mujahedin of Iran (PMOI / MEK Iran) report coincided closely with the release of the previous IAEA quarterly report. IAEA Director General Rafael Grossi was making public comments at the time that was unusually critical of the Iranian regime as well as Western policies toward it.

After reports that Western powers were considering pushing for a formal censure of the regime at a meeting of the IAEA’s 35-nation Board of Governors, the IAEA chief made an unexpected trip to Tehran over the weekend. A temporary agreement was reached with the regime as a result of the visit.

More than two years after traces of radioactive material were confirmed in soil testing, the IAEA’s latest report highlights that the government has still not provided appropriate information about three undeclared nuclear facilities.

The international community’s commitment to appeasement is partly founded on mistaken confidence in the mullahs’ inevitability. However, with several state-wide protests in Iran since late 2017, there is no basis for this notion, and consequently no basis for conciliatory approaches toward Iran’s nuclear program.

The approach to preventing the regime from completing its nuclear program is to follow a hard and consistent stance against it until Iran is represented by a democratic, secular, and non-nuclear government, not to pacify, offer concessions, or bargain with it over its unlawful military nuclear project.