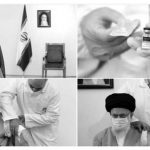 (PMOI / MEK Iran) and (NCRI): If Tehran had adopted an effective immunization plan, the catastrophe may have been avoided.

The death toll in Iran’s Covid-19 is fast increasing. Many Iranian health specialists are concerned about the coronavirus’s forthcoming sixth wave and its high mortality rate. If Tehran had adopted an effective immunization plan, the catastrophe may have been avoided.

Many patients developed Covid-19, suffered painful side effects, or died after receiving the initial dose of COVIran Barekat, the Iranian homegrown vaccine. As a result of public outcry, the regime has been obliged to stop utilizing Barekat.

In an article published on Wednesday by the state-run Hamdeli daily, health expert Mohammad Reza Mahboubfar corroborated this.

“With the new surge of the Covid-19 outbreak and the early arrival of its sixth wave in Iran, reports indicate the injection of Barekat vaccines has stopped, and the project has been silently dismantled,” Mahboubfar wrote. He cited ‘some Barakat vaccine side effects and the lack of public trust in the vaccine’ as the reason for stopping this project.

While Barekat’s efficiency has been questioned since its early phases of production, the regime promised to be able to produce 50 million doses of these vaccines by the first half of 2021, however, it was unable to accomplish so.

The Iranian regime’s Supreme Leader, Ali Khamenei, prohibited WHO-approved vaccines manufactured in the United States and the United Kingdom on January 8. He declared these vaccines illegal and stated that he had previously “ordered” regime officials not to obtain them. As a result, he refuted earlier government claims that “sanctions” hinder Tehran from obtaining immunizations.

“Iran practically lost the opportunity to purchase all types of WHO-approved vaccines from COVAX due to the ban on valid foreign vaccines in the country and the self-imposed sanctions,” Mahboubfar stated.

Prior to Khamenei’s public prohibition on vaccines, regime officials such as Abdolnasser Hemmati, the former Central Bank Chief, blamed the lack of Covid-19 vaccines on US sanctions. Hemmati said on December 7, that US sanctions were blocking Iran from purchasing vaccines through the COVAX payment system, which is jointly controlled by Gavi, the Vaccine Alliance, and the WHO in Geneva.

This claim was quickly dismissed by Gavi. According to a spokesperson for this group, there is no “legal barrier” to Iran obtaining vaccines through COVAX because the US Treasury’s Office on Foreign Assets Control has approved coronavirus vaccine procurement.

Vaccines have not been subject to sanctions from the beginning

“It has been suggested that in addition to vaccines, the raw materials needed to produce vaccines in the country have been severely restricted due to sanctions. But humanitarian goods or the sale of food, agricultural products, medicine, and medical equipment and vaccines have not been subject to sanctions from the beginning. If Tehran had not banned credible vaccines, it could have procured vaccines through COVAX using its frozen assets. It could have provided the vaccine required by the population and not to delay the vaccination for up to 8 months,” Mahboubfar wrote in this regard.

When the Covid-19 virus made its way into Iran, the regime welcomed it as an ally. In March, Khamenei described it as a “test” and a “blessing.” As a result, the dictatorship began inhumane Covid-19 strategies in an effort to use mass casualties as a deterrent to social turmoil.

“The Food and Drug Administration is under intense pressure to approve domestically produced vaccines and anti-coronavirus medicines,” the state-run Jahan-e Sanat reported on December 14. Because receiving Ministry of Health certification guarantees a significant payoff for the pharma company.”

The COVIran Barekat was created by Barkat Pharmaceuticals Holding Company. The holding is overseen by the Execution of Imam Khomeini’s Order (EIKO), which is directly overseen by Khamenei.

Given Raisi’s and his administration’s empty promises to vaccinate the entire population, it’s worth noting that EIKO’s chairman, Mohammad Mokhber, is Raisi’s Vice President, and Raisi’s Health Minister, Bahram Ainollahi, is one of the signatories to a letter opposing the import of credible vaccines to Iran.

The world can expect Iran’s Covid-19 crisis to intensify under the mullahs’ government, as Mahboubfar predicted.