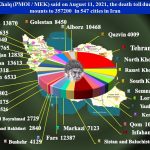 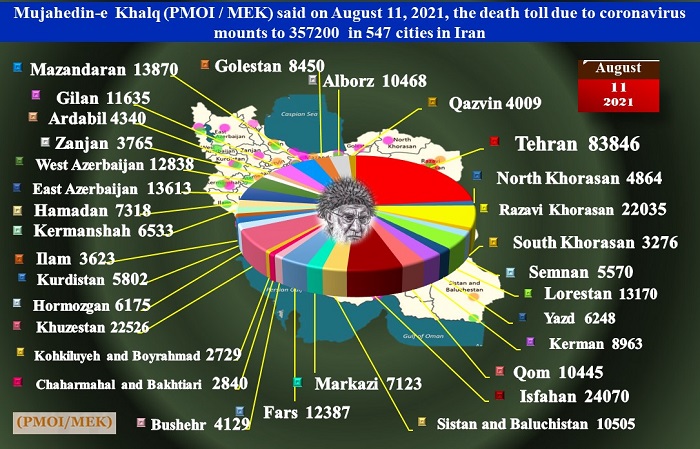 (PMOI / MEK Iran) and (NCRI): According to the state-controlled Health Ministry statistics, the death toll, newly infected, and seriously ill patients in the past 24 hours is unprecedented since the beginning of the pandemic.

On Wednesday, the regime’s Health Ministry revealed the mullahs’ manipulated Covid-19 numbers, which set a new pandemic record of deaths. According to the Iranian opposition, the People’s Mujahedin of Iran (PMOI / MEK Iran), and the National Council of Resistance of Iran (NCRI) reported that around 357,200 individuals have died as a result of the unprecedented Covid-19 crisis.

State media acknowledge the magnitude of the Covid-19 crisis

The situation has reached a point where regime officials and state media acknowledge the magnitude of the Covid-19 crisis, and “the shadow of death surrounds the people and the country,” as per the state-run Arman daily on Sunday. “The Covid-19 situation in Iran is worse than the announced statistics,” Arman daily adds.

“A large number of people have contracted the virus that goes unchecked, and in other words, the number of cases is more than what we are reporting,” said a senior health expert on Sunday, ISNA, a semi-official news agency, reports.

The government is refusing to assist healthcare workers

The government is refusing to assist healthcare workers. Many selfless Iranian nurses and doctors have sacrificed their lives in order to serve others, but the regime refuses to support them financially or supply hospitals with the required equipment.

Iran’s healthcare system is in chaos. On Sunday, August 8, 2021, the state-run Mostaghel daily said, “With the consecutive Covid-19 waves, the infrastructure of the country’s health system has reached the point of collapsing.”

(PMOI / MEK Iran) and (NCRI): Nurses and Doctors in hospitals are under tremendous pressure due to hard work in the coronavirus crisis in Iran.

The regime’s cruel Covid-19 policy is exacerbating Iran’s Covid-19 disaster, which is now being recognized and acknowledged by state media and officials.

“The relevant officials ignored this devastating [virus] by denying its existence. Officials ignored the advice of doctors and health professionals. In the very first months, officials promised the people they would defeat Covid-19. By calling the virus weak, they encouraged people to not wear masks,” Mostaghel daily continued.

Following the mass November 2019 protests with calls for regime change, the regime implemented its inhumane Covid-19 policy to manage Iran’s restive society. The authorities failed to acknowledge the virus’s presence in Iran in order to ensure a strong turnout in the sham parliamentary elections.

While the majority of Iranians boycotted the dictatorship’s rigged elections, a small number of regime supporters became the virus’s host, and Covid-19 quickly spread across the country.

Iran’s Supreme Leader, Ali Khamenei, explicitly stated at the start of the pandemic that he intended to turn the Covid-19 “test” into a “blessing” for his rule. Khamenei demonstrated that the blessing he meant was nothing more than prolonging his regime’s life and avoiding protests by covering up the outbreak and then banning effective Covid-19 vaccinations.

According to Arman daily, Khamenei is to blame for Iran’s “unprecedented massacre.”

Recent protests in Khuzestan and a slew of other places demonstrated that the regime’s cruel Covid-19 policy would no longer be a deterrent to popular insurrection.

“We are all in danger. The worrying economic pressure, along with the high number of Covid-19 deaths, and the inefficiency of decision-making institutions, will eventually bring the distressed people to a point where they will have nothing to lose. This is a dangerous process that has been warned about before,” On Saturday, August 7, the Mostaghel daily issued a warning to regime officials.

Mrs. Maryam Rajavi, the President-elect of the National Council of Resistance of Iran (NCRI), expressed her deepest condolences and sympathies, especially to the people of Mashhad, who are facing a tsunami of death due to the regime’s criminal and plundering policies.

She emphasized that most of the COVID-19 disaster was preventable. The corrupt system of Velayat-e-Faqih is directly responsible for these deaths. This is a crime against humanity, and Khamenei and the regime’s leaders must be brought to justice for it. 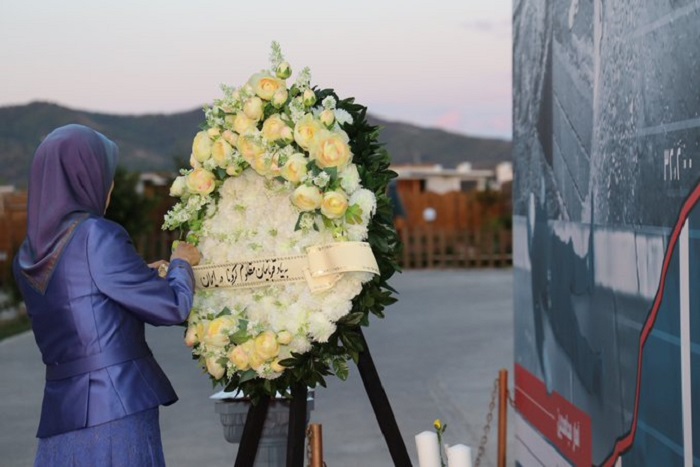 (NCRI) and (PMOI / MEK Iran): Mrs. Maryam Rajavi, expressed her deepest condolences and sympathies, especially to the people of Mashhad, who are facing a tsunami of death due to the regime’s criminal and plundering policies.