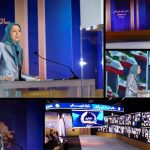 Written by Amineh Qaraee on November 18, 2020. Posted in NEWS 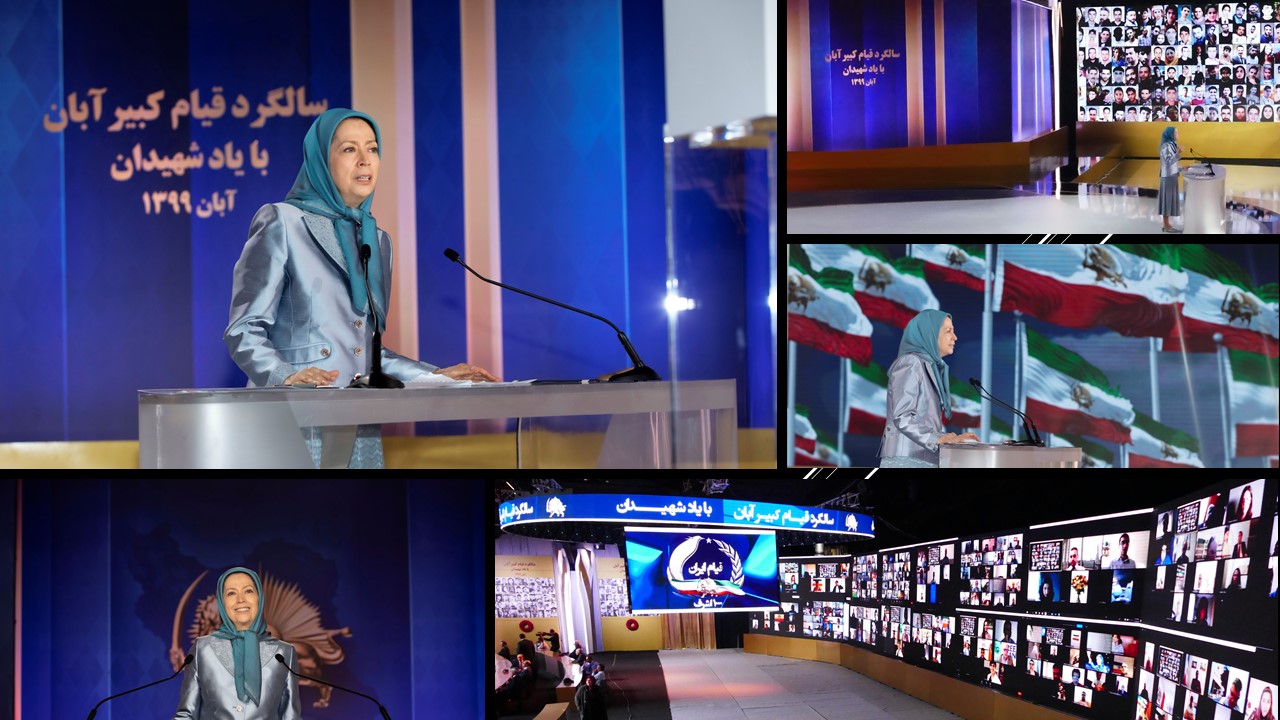 Maryam Rajavi: We pay tribute to 1,500 martyrs of November 2019, each and every one of whom were admirable symbols of the Iranian people’s resolve to attain freedom.

In November last year, Iranians across the country took to the streets in what has become known as the most significant uprising since the 1979 revolution. Iranians recently celebrated the first anniversary of this uprising, taking the occasion to remind the regime that they are determined to see the regime collapse.

Political prisoners in a number of different cities also participated in the anniversary celebrations. In an open letter from the notorious Evin Prison in Tehran, political prisoners said that the November 2019 uprising will “forever be etched in Iran’s history”. They also said that the uprising was the “strongest answer to four decades of murder and corruption by the mullahs’ regime”.

Not only were thousands of people injured by the regime’s suppressive forces during the uprising, but many more thousands were arrested and some 1,500 protesters brutally killed. The uprising was sparked off by a simple economic issue – a huge hike in fuel prices – but small protests quickly turned into a nationwide uprising.

Reuters confirmed in a special report on December 23, 2019, about the deadly crackdown on November nationwide protests in Iran the death toll of 1500 that was announced by the People’s Mojahedin Organization of Iran (PMOI /MEK Iran) on December 15, 2019.

It was inevitable because the people of Iran have been repressed by the regime for decades and society has been simmering with deep discontent for years. The regime’s widespread corruption, mismanagement, and negligence have caused crisis after crisis and the people are the ones that always suffer the most, while regime officials seem to just get richer and richer.

The regime was so close to collapse because of the uprising last year – much closer than it ever has been. This is why the regime is so concerned about another uprising taking place because it could be the one that pushes it right over the edge. There have been several uprisings over the past few years, but one year ago the people were able to make more progress towards freedom than ever before.

(PMOI / MEK Iran): The Iranian regime is extremely concerned about the possibility of a nationwide uprising.

Indeed, if the regime was able to be overthrown by the will of the people alone, it would have happened years ago. The regime’s systematic oppression and suppression, it is strengthening the people’s resolve and their determination to resist. However, there are calls for the international community to properly recognize the plight of the Iranian people. Indeed some leaders across the world have acknowledged the people’s struggle, including US President Donald Trump.

Amnesty International has recognized the significance of the anniversary of the uprising by tweeting: “16 November marks one year since Iran’s Bloody November when security forces killed100s of men, women,children during nationwide protests.” https://t.co/EyVbEdYGHF

The regime has enjoyed impunity for decades, but the tide is starting to change. More and more countries are realizing that the regime’s belligerence cannot be ignored.

In their open letter, the political prisoners have also pointed out that the regime has been using the Coronavirus outbreak as a way of oppressing the people of Iran. The People’s Mojahedin Organization of Iran (PMOI / MEK Iran) and the National Council of Resistance of Iran (NCRI) has been closely monitoring the COVID-19 outbreak in Iran since the outset. They said that the regime is “trying to take advantage of the Covid-19 pandemic to maintain its hold on power”, but also said that this will “not give it the miracle that it needs”.

The (PMOI / MEK Iran) and the National Council of Resistance of Iran (NCRI) have taken great efforts to help the people of Iran that have been left extremely vulnerable by the government.

To the heroic people and courageous youths of Iran, I say: The ruling mullahs fear your power. The numerous arrests, the torture, the poverty & the abandonment of defenseless people in the midst of a deadly disease, reveal mullahs’ fear of your resolve to overthrow them. #Iran pic.twitter.com/AA4rCPujEe

Mrs. Maryam Rajavi the President-elect of the National Council of Resistance of Iran’s (NCRI): To the heroic people and courageous youths of Iran, I say: The ruling mullahs fear your power. The numerous arrests, the torture, the poverty, and the abandonment of defenseless people in the midst of a deadly disease, reveal mullahs’ fear of your resolve to overthrow them.
MEK Iran (follow them on Twitter and Facebook)