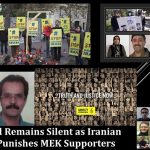 Written by Esmail Mohades on September 20, 2020. Posted in NEWS 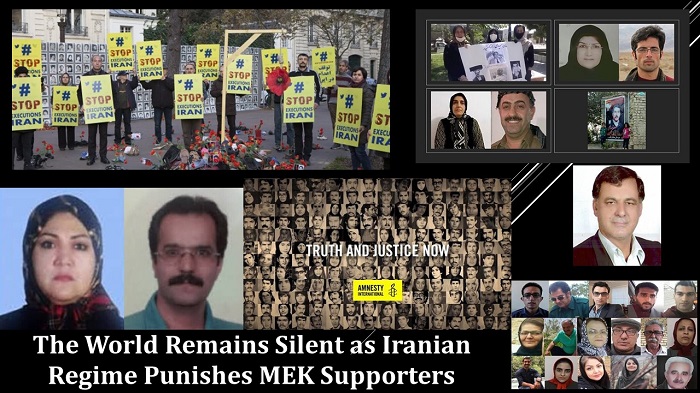 The international community has failed to act on the gross injustices imposed by the regime on The People’s Mojahedin Organization of Iran (PMOI / MEK Iran), supporters, and their families. The fate of those arrested has often been the death penalty. This is because the international community has taken no notice of the regime’s human rights abuses and has allowed it to carry on suppressing any opposition. The execution of Navid Afkari shows that the mullahs have no intention of improving their human rights record.

Attacks on the MEK have been ongoing for many years but as the opposing force has grown in numbers so the mullahs have used even more oppressive tactics to quell its increase in popularity. In December 2010, Amnesty International issued an urgent statement related to the likely plight of 7 Iranian prisoners. Each of them had been sentenced to be executed because of their links to the MEK. Because Ali Saremi had been executed at the time on similar grounds Amnesty thought that at least a few prisoners and families of members of the MEK members could be destined to the same fate.

Saremi at that time was arrested following a visit to the MEK community called Camp Ashraf in eastern Iraq where his son lived. Saremi was actually released in May 2007 after he had served some of his one-year sentences. Later he was rearrested and charged with “enmity against God” because of his support for the MEK. In December 2009 he was sentenced to death and was subsequently executed in 2010.

Amnesty International issued a warning about the executions, which no one listened to, so two more prisoners were executed the next month seemingly just because they had visited Camp Ashraf.

In 2013, Hassan Sadeghi organized a memorial for his father who two years ago had died in Camp Ashraf. This simply was not tolerated by the regime as it thought they had committed a crime. Both parents were arrested and their underage son was detained for 6 weeks.

1) #Iran: Fifteen Years in Prison, Confiscation of House and Property and Disintegration of a Family on Charges of Supporting the #MEK #IranProtestshttps://t.co/4FXOEkFIDw

This sounds very inhumane committing someone to the death penalty because of enmity against God, but it happens often to MEK activists and associates. In the summer of 1988, it was used as an excuse for a massacre of political prisoners leading to 30.000 deaths.

While all the above going on the regime has pretended to try and unite family members with the MEK members residing at Camp Ashraf in Albania. In April, the “Nejat Association” issued a statement that said its representatives were “widely active in 27 provinces of the country.” Seemingly, one of its roles was to gather signatures for a petition to the Albanian government, asking for visas for the relatives of MEK members whose home was “Ashraf 3.” The “Nejat Association” does not have a favorable reputation as it is a branch of Iran’s Intelligence Ministry which was responsible for persecuting MEK members and their families in the past.

Executions are intended to intimidate Iranian people in particular the youth and make them hesitate before joining the MEK for standing up against the repressive regime.

At the moment Iranian youth are continually approaching the MEK as they believe it is the only organized group against the regime.

Maryam Rajavi, the President of the National Council of Resistance of Iran (NCRI), called on August 10 for the international community to take immediate action to save the lives of political prisoners and protesters detained in Iran as the ruling regime has begun to issue (and carry out) death sentences in order to suppress uprisings.