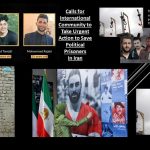 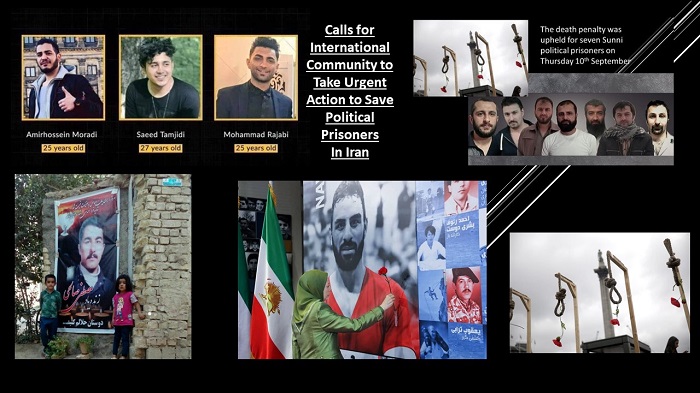 Maryam_Rajavi : Today, the regime is at its weakest point ever. In such circumstances, giving assistance to the mullahs will only increase the pain and suffering of the people of Iran, but of course, would not be able to save the regime from its certain downfall.

The situation of political prisoners in Iran is degrading. Over the past few months, the Iranian regime has been cracking down on protesters that have been imprisoned, issuing many death sentences.

The main opposition groups to the Iranian regime, the National Council of Resistance of Iran (NCRI) and the People’s Mojahedin Organization of Iran (PMOI / MEK Iran), have been drawing the international community’s attention to the regime’s abuses of human rights for many years. The NCRI has now issued an urgent call to save the lives of political prisoners in Evin Prison in Tehran and other political prisoners across the country.

The #NCRI is now calling for the international community to take urgent action to protect the political prisoners currently being held in Evin Prison in the country’s capital and other prisons across the country.#FreeIran2020 pic.twitter.com/URCRMyPFKI

These prisoners, arrested after participating in protests, are supporters of the (PMOI / MEK Iran). They have been tortured by prison authorities, both physically and psychologically, and have been denied a fair trial. They have been charged with “waging war against God”.

Their death sentences were appealed, but the Supreme Court announced that they were being upheld.

The international community, including international sports federations, prominent sports personalities, and even the US President recently called on the Iranian regime to spare the life of imprisoned wrestling champion Navid Afkari. However, despite the huge international campaign calling on the regime to halt his execution, he was hanged anyway.

#NCRI issued an urgent call to save the lives of political prisoners held in Evin Prison. These political detainees, all supporters of the #MEK have been sentenced to death in sham trials on the trumped-up charges of waging war against God. pic.twitter.com/gMnEY3Cj9V

The Chief of Judiciary Ebrahim Raisi ordered the country’s judges to ignore the “commotion” made by the international community and to issue their verdicts according to Sharia law.

The people of Iran were outraged at this execution and political prisoners across the country wrote open letters vowing to never give in to the regime.

The Iranian regime is terrified that there will be another nationwide uprising. There have been 3 in the past 3 years and the Iranian regime has weakened with each one. However, the regime is shooting itself in the foot by cracking down further on the people because it is only making them more determined to push back against the corrupt leadership.

The Iranian regime is also placing the blame on the current unrest on the (PMOI / MEK Iran). For decades the regime has targeted the (PMOI / MEK Iran) and it has tried hard over the years to discredit it and prevent it from having popular support. One of the regime’s most shocking crimes against the organization was the 1988 Massacre in which 30,000 political prisoners were executed during one single summer.

With regard to the current situation, the NCRI has called on the United Nations Security Council, the Secretary-General, the Human Rights Council, the High Commissioner for Human Rights, and all human rights organizations as well as the European Union and its member states, to act immediately. The NCRI emphasizes that the Iranian regime is executing prisoners that were arrested because of their participation in protests, simply because it fears another uprising that will surely bring it closer to collapse.

A number of prisoners including are on death row in Dastgerd Prison of Isfahan, the Great Tehran Penitentiary, the Central Prison of Mashhad, the Gohardasht Prison of Karaj, #FreePoliticalPrisoners

Maryam Rajavi, the President of the National Council of Resistance of Iran (NCRI):

A number of prisoners are on death row, including in Dastgerd Prison of Isfahan, the Great Tehran Penitentiary, the Central Prison of Mashhad, the Gohardasht Prison of Karaj, the Shaiban Prison of Ahvaz, the prisons of Urmia, Khorramabad, and Sanandaj, as well as a number of (PMOI / MEK Iran) supporters in Evin Prison.

The NCRI also calls for an international delegation to be sent to find out exactly what is happening inside the country’s prisons and to stop more political prisoners from being executed.