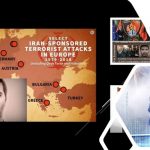 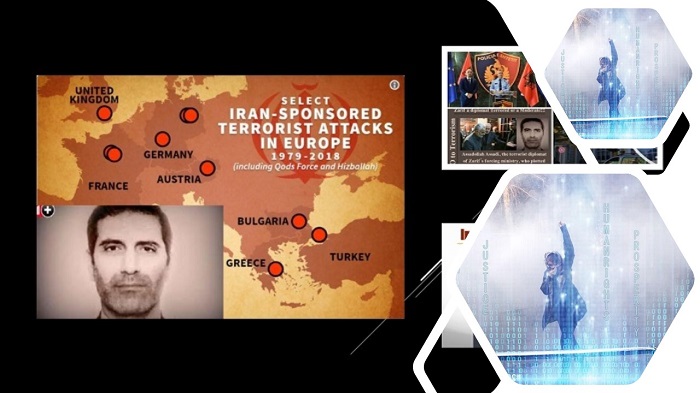 Ali Khamenei acknowledged that the coordination of the uprising came from the People’s Mojahedin Organization of Iran (MEK Iran / PMOI).

On September 15, the United Nations General Assembly (UNGA)’s 75th session will open and high-level General Debate will begin the next week. One of the major topics for discussion will be American objections to the UN Security Council’s decisions not to extend an arms embargo on the Iranian regime.

The expiration of the arms embargo makes no sense when you consider that Iran, the world’s leading state sponsor of terrorism, has been wasting billions on supporting terrorist groups like Hezbollah and building new ballistic missiles during the coronavirus pandemic, rather than protecting the Iranian people. The UNGA will even take place at the same time as the trial in Belgium of Iranian diplomat terrorist Assadolah Assadi for the attempted bombing of the 2018 Free Iran gathering in Paris.

The National Council of Resistance of Iran (NCRI) wrote: “Still, discussion of the Iranian regime’s foreign provocations and terrorist financing should not be allowed to overshadow other issues, like those that highlight the threat the mullahs’ regime poses to the Iranian people. The two categories have generally been treated by Western policymakers as if they are entirely separate. But the 2018 terror plot demonstrates that Tehran’s terrorism and oppression have no boundaries.”

They noted that the bomb plot was an attempt to subdue the uprising that was already underway; punishment for the December 2017- January 2018 and a warning against further unrest, after Supreme Leader Ali Khamenei acknowledged that the coordination of the uprising came from the People’s Mojahedin Organization of Iran (MEK Iran / PMOI).

The #MEK Resistance Units also commemorated the 1,500 martyrs of the November 2019 nationwide uprising by placing flowers alongside their pictures and renewing their pledge to continue their path.#Iran #Freeiran2020 https://t.co/n5Ip8Bwq7Z

This momentarily stopped the uprising but failed to quell dissent in any meaningful way, with protests, strikes, and acts of rebellion growing by the day. In November 2019, this resulted in a massive uprising that rocked the regime to its core. In response, the regime shot dead 1,500 people in the streets and arrested thousands more, some of whom have now been sentenced to death.

There are questions to be asked about what sort of regime-led terrorism might have followed that – targeting foreign dignitaries as well as the Iranian people – if the coronavirus pandemic hadn’t hit.”

The NCRI said: “It would be foolish for the international community to underestimate how far the regime would be willing to go in either area. Nothing that the mullahs have ever said or done gives the impression that there is any limit to how much bloodshed they will embrace in an effort to safeguard their hold on power. This situation will never alter as long as the international community fails to demand accountability for the worst of Iran’s crimes.”

The international community must investigate Iran’s crackdowns on dissent, as well as the regime’s history of political violence, such as the 1988 massacre of 30,000 political prisoners, for which no one has been brought to justice.

Same perpetrators of #1988Massacre are busy killing young protesters on the streets, torturing detainees and executing those who resist this intolerable unjust @AlMissionUNGen@AusCGGeneva@SwedenGeneva@SophieG_Canada @EstoniaUN
#اعدام_نکنید https://t.co/NLXK1BcLoO