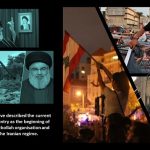 MEK Iran: Developments in Lebanon cause concern for Iranian regime

Written by Esmail Mohades on August 15, 2020. Posted in NEWS 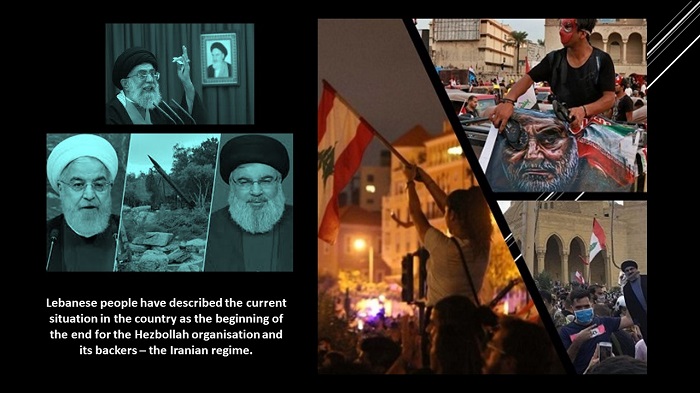 MEK Iran: Lebanese people have described the situation as the beginning of the end for the Hezbollah organization and its backers – the mullah’s regime.

The political situation in Lebanon is up in the air following the horrific explosion that happened in the Port of Beirut recently. The anger of the Lebanese people was palpable and their disdain for politicians in the country was visible in the protests that ensued.

Many people have described the current situation in the country as the beginning of the end for the Hezbollah organization and its backers – the Iranian regime. During their protests just days after the blast, protesters were heard chanting slogans against corrupt politicians and Hezbollah.

#Iran: The protests in Iraq, Syria and Lebanon are in line with the #Iranian people’s uprising. The elimination of Qassem Soleimani, as the regime’s irreplaceable terror mastermind, was a major blow to the regime’s so-called strategic depth. https://t.co/QpMeCKXrQY

This spells trouble for the Iranian regime that has invested so much in its interference in Lebanese politics.

Conditions in Beirut are bringing many issues to the surface. In the heat of the summer sun, countless people – the old and the young alike – are suffering from deplorable conditions including limited or no electricity. Prices have risen sharply and hunger and poverty are prevalent.

Until now, Hezbollah has been able to act without impunity. Blackmail was common. It has looted public property. It has been enrichening itself at the expense of the people of Lebanon. It has been taking hostages. It has amassed huge wealth. And it has never been held accountable. But the people of Lebanon are determined to see this change. Already the government has resigned.

This is very discouraging news for the Iranian regime and Iran’s state media has been reporting on the crisis the regime faces. The Kayhan daily discussed the severe socio-political consequences of the explosion and the aftermath in Beirut. It questioned the cause of the explosion, saying that those who have benefitted from it oppose the resistance and have a tendency to the West. In another article, the same publication stated that those who want to weaken the Hezbollah organization are those that “benefit the most” from the explosion.

The regime’s leaders must face justice as the greatest perpetrators of terrorism in the world today as should their agents and mercenaries inside and outside #Iran. pic.twitter.com/58yVx1OeN6

Fars news agency likened the protests in Beirut to the protests in Iraq and Iran that took place last year. The news agency pointed out that the people of Lebanon are targeting government and other official buildings, setting them on fire. It added that “Lebanese rioters” are “plotting to destabilize Lebanon, which is the offspring of the opposition’s opponents and enemies, to force the newly formed Lebanese government to resign by creating unrest and setting fire to public places and property.”

Last year, the people of Iran instigated a nationwide uprising that weakened the Iranian regime. Coupled with the international pressure on Iran, the domestic unrest made the regime realize that its days are quite probably numbered.

Lebanon protests are a major blow to Iranian regime Over the years, #Iran has spent huge sums of money funding the Hezbollah. The current protests in the country are a huge blow to the #Iranian regime #MEK #FreeIran2020https://t.co/nWS2BSNF1u via @stopfundamentalism pic.twitter.com/Xr1yDX0CFD

It has spent years rampaging through the region, but it is now watching its huge investments and progress unravel before its eyes. The recent events in Lebanon are encouraging for the people of Iran, and there is great hope that the people of Iran, Lebanon, and Iraq, not to mention Syria and other parts of the world, will soon be free from the brutal, violent and corrupt influence of the Iranian regime.

The Iranian regime has been involved in the Syrian war from the beginning. Not only has the mullahs’ regime provided a huge amount of financial support, but it has also provided significant military and arms support. The Iranian opposition People’s Mojahedin Organization of Iran (PMOI / MEK Iran) believes that the Iranian regime may have spent up to more than $100 billion dollars trying to prevent the overthrow of Assad.