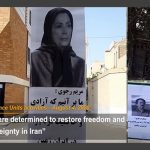 MEK Iran: Iranian Resistance Units Not Intimidated by Their Oppressors

Written by Amineh Qaraee on August 9, 2020. Posted in NEWS 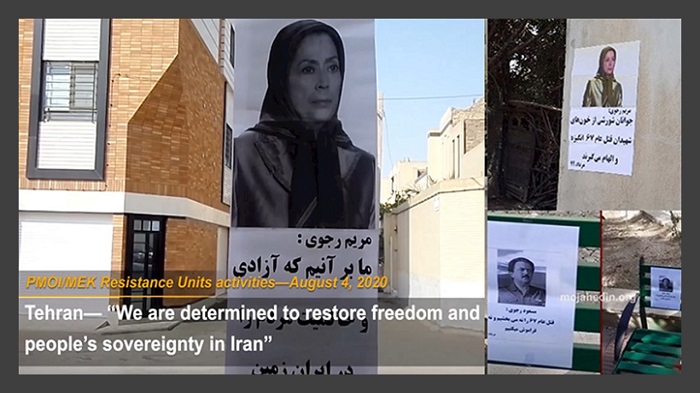 The situation in Iran has become a political powder keg as the regime attempts to fend off mounting criticism and protests against its corrupt, incompetent, and undemocratic activities. The regime has shown that it is doing its best to stamp out resistance wherever it finds it through arbitrary arrests, executions, and censorship.

The MEK Resistance Units, made up principally of members and supporters of the People’s Mojahedin Organization of Iran (PMOI / MEK Iran), have shown that they refuse to be intimidated by whatever the regime’s terrorist forces and intelligence service throws at them. The MEK Resistance Units are a huge network of activists found in just about every town and city across Iran dedicated to organize the overthrow of the hated dictatorship of the mullahs and replace it with a free and democratic alternative.

"Resistance Units," the vast network of the main opposition PMOI/MEK, continue their activities across #Iran, risking their lives daily to bring an end to this evil tyranny & to restore freedom, justice & democracy.#FreeIran2020 https://t.co/4Uf8uNKbbT

The MEK Resistance Units have been instrumental in the increasing number of protests and uprisings that have taken place across Iran. The regime, of course, is well aware of that and has mounted a disinformation campaign designed to frighten and mislead the general public about the nature of the Iranian opposition and its motives. Meanwhile, the MEK Resistance Units have given the people of Iran the hope that soon the regime will crumble and could be replaced with an infinitely better alternative.

The most recent activities organized by the MEK Resistance Units took place between the 5th and 7th August. Activists wrote slogans and graffiti in many Iranian cities denouncing the dictatorship of the mullahs and demanding freedom and democracy.

Slogans that were written on walls read things like:

MEK Resistance Unit activists also paid tribute to executed political prisoner, Mostafa Salehi. He was arrested during the December 2017 uprising and only executed very recently on August 5th. “Hail to Mostafa Salehi, martyr of the nationwide uprising,” was a frequent sign held up during the protests.

Another tribute was to the 30,000 political prisoners who were executed in 1988. This massacre happened in secrecy with the dead bodies buried at night in mass graves. Most of those executed in 1988 were members of the MEK. The Supreme leader at the time, Ruhollah Khomeini, had issued a fatwa against the MEK in an attempt to ruthlessly destroy their presence in Iran.

Slogans that referenced the 1988 massacre included:

Some brave youth took matters further on August 7th when they targeted fundamentalist centers, torched a hated Basij sign and images of the dead commander of the IRGC Quds force, Qassem Soleimani.