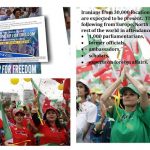 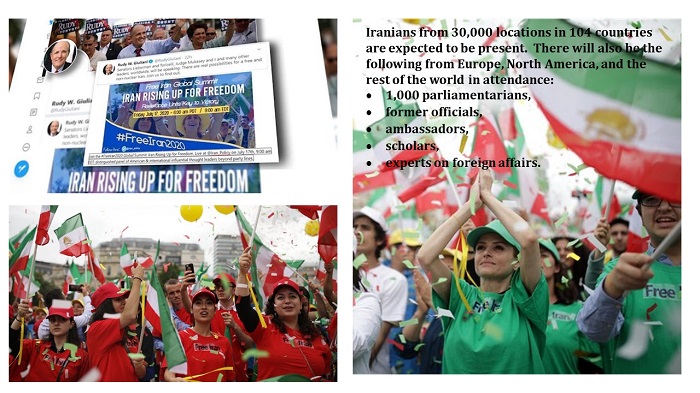 Throughout the uprisings, MEK activists linked to the opposition fly-posted messages and slogans in public places that sought an overthrow of the regime.

Barely a day goes by without Iran featuring on global news platforms but there is hardly a mention that over the last 2 years Iran has seen more unrest than has ever been witnessed in recent times. The protests and uprisings in 2017 and 2019 are only the starts of the awakening of disenchanted youth. They are all part and parcel of the increase in inflation, unemployment, and poverty which has initiated economic grievances that have led to the demands for changes in the regime.

Each uprising has seen a rise in slogans which include:

As Iranian dissidents People’s Mojahedin Organization of Iran (PMOI / MEK Iran) get involved in the coming global summit, they will be alerting the attendees to the unrest taking place in Iran and will offer viable alternatives The National Council of Resistance of Iran (NCRI) to the current rule. Speakers at the summit will include the following:

During the uprising in 2018, the regime’s supreme leader, Ali Khamenei, apportioned blame for the uprising on the opposition People’s Mojahedin Organization of Iran (PMOI / MEK Iran). The regime tried to suggest that the MEK had no real support.

However, the situation now, two years later, has shown a marked rise in public discontent with many more protests expected into the future. No longer can the regime say it has no opposition. Throughout the uprisings, MEK activists called “MEK Resistance Units” linked to the opposition fly-posted messages and slogans in public places that sought an overthrow of the regime.

By November 2019, the next protest took place which attracted even more MEK supporters who wanted to see a regime change. The messages and slogans were related to changes that Iranians wanted to see in their country which had been advocated by the Iranian main opposition the People’s Mojahedin Organization of Iran (PMOI / MEK Iran), throughout the last four decades. This rekindled a popular drive for regime change.

The opposition has always called for a free, secular, democratic, and non-nuclear country that emphasizes the respect for human rights and gender equality.

Political shift evident in Iran while western governments say nothing

The international community and, in particular, western governments have said little about the shift in political emphasis in Iran, even in November 2019, when 1,500 protesters were gunned down by the Islamic Revolutionary Guard Corps (IRGC) following orders issued by Khamenei. At any time foreign governments could have been supporting the role of the MEK resistance units but they have done virtually nothing.

This week the opposition has organized an international gathering called the “Free Iran Global Summit, Iran Rising for Freedom, MEK Resistance Units Key To Victory.” In earlier years there have been more than 100,000 Iranian expatriates attending the event. This year is slightly different as the event will be virtual, meaning there is no physical presence of participants at all. Iranians from 30,000 locations in 104 countries are expected to be present.  There will also be the following from Europe, North America, and the rest of the world in attendance:

Throughout this Free Iran Global Summit, Western policymakers are allowed to gain a clear understanding of what is currently going on in Iran. The summit, which is expected to be the biggest event since the COVID-19 outbreak will promote the resistance, movement, and how that a regime change supported by ordinary Iranians will result in a democratic Iran that will be of great benefit to both the international community and the Iranian people.

The #Iranian Resistance annual #FreeIran2020 gathering will be held under the name Free Iran Global Summit #Iran Rising Up for Freedom: #MEK Resistance Units Are the Key to Regime Change in Iranhttps://t.co/5CqcYbxrO7

There is little doubt now that in Iran the mullahs are no longer preferred by the people, but they are looking for an alternative that promotes a free, democratic, and secular society. It is hoped that the summit will draw attention to the demands ordinary Iranians are having on the current terrorist regime which is not accountable to the people of Iran but put themselves first.