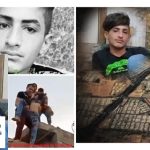 Written by Mohsen Aboutalebi on July 10, 2020. Posted in NEWS 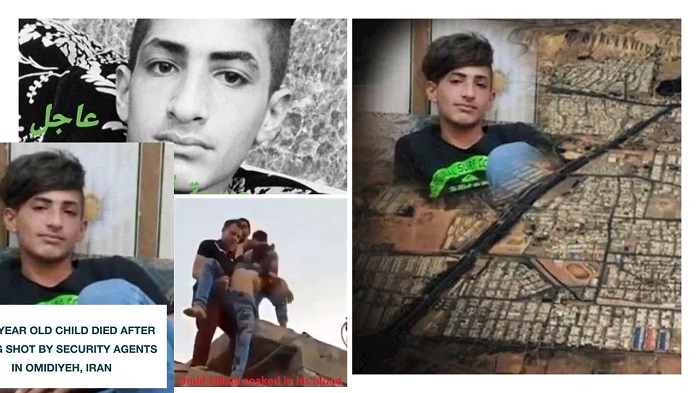 There has been a significant amount of unrest in Iran over the past few months. Despite the Coronavirus health crisis, young people across the country have been participating in activities to make it clear to the Iranian regime that they are not happy with their situation and that they want to change.

On Monday 7th July, brave young people in the town of Omidyeh in the province of Khuzestan confronted the regime’s suppressive forces. The regime’s security agents were trying to arrest a young man when the confrontation happened.

During the incident, a young boy named Omid Eydani was shot as the security forces fired at the crowds. Seventeen-year-old Omid was severely injured and later died from his injuries in hospital.

Regime security forces deliberately opened fire on the Omidyeh protesters in southwest #Iran, severely injuring 17-year-old youth. Omid Eydani died at the hospital hours later due to the severity of his injuries.https://t.co/3nl059a3SD

The Iranian regime has tried to cover up the incident and officials are not being truthful about what happened. The regime’s governor in Omidiyeh was quoted in state-run media saying that a “rioter” was being arrested and his friends, who he described as “thugs” were trying to interfere.

The governor, Mehran Rafii, also said that these young “thugs” were attacking the police with weapons such as clubs and stones, and those police vehicles were damaged and police officers were injured. Witnesses have said that this is a complete fabrication of events. The governor also said that the suspect was able to flee the scene.

With regards to the suppressive forces opening fire on people gathered at the scene, Mehran Rafii did not deny this happened but instead said that officers were simply trying to bring calm to the situation.

The parents of Omid Eidani, 17, who was killed yesterday by security forces in Omidiyeh, SW #Iran, say their last farewell to their son. pic.twitter.com/hAn7Bb7VRt

This type of brutality is widely reported in Iran. During the uprising that started in November last year, the regime responded with horrific violence, so much so that many thousands of protesters were shot or killed. The regime responded with such violence because it is very aware that this could have been the start of its collapse.

The people of Omidiyeh are no stranger to repression. They are part of the country’s Arab minority and have been discriminated against by the regime for decades. Khuzestan should be a fairly well-off province given the abundance of oil resources, yet the people are living in extreme poverty conditions.

#Iran, #Khuzestan—#IRGC's shot led to death a 13-year-old teenager
On July 6, Omid Eidani, 13, attempted to prevent IRGC forces from arresting his brother Abbas. But he was injured by IRGC & eventually died today. IRGC had falsely announced he was 17.pic.twitter.com/q3ZXfkFtt4

Workers in a Sugarcane factory took to the streets in the city of Shoush, calling out the media for failing to report on its protests. The workers have several grievances including their lack of contracts and the conditions they have to work in. Many of the workers do not have permanent contracts and they have been left vulnerable to the threat of becoming unemployed at any moment. A lot of the workers have also not been paid for months, making their already precarious economic situation even more delicate.

The President-elect of the National Council of Resistance of Iran (NCRI), Mrs. Maryam Rajavi, has praised the young people of Omidiyeh, describing them as courageous for confronting the repressive security forces that were trying to arrest a young man.