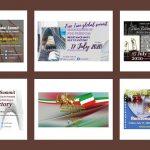 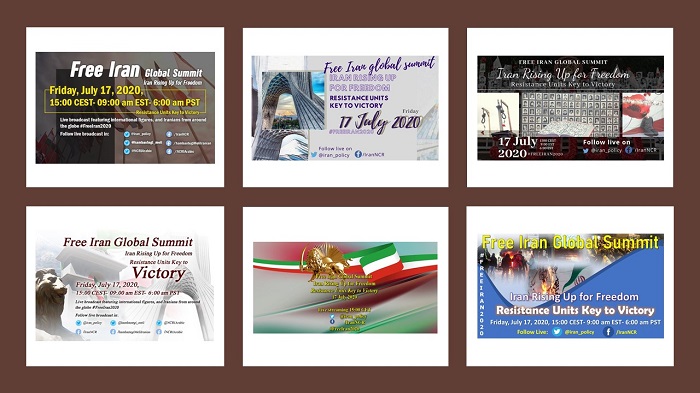 Supporters of the People’s Mojahedin Organization of Iran (PMOI / MEK Iran) come together for this important event on July 17.

The Iranian Resistance holds its annual “Free Iran” assembly in Paris where thousands upon thousands of Iranians and supporters of the People’s Mojahedin Organization of Iran (PMOI / MEK Iran) come together for this important event on July 17. In addition, many key world figures, including human rights activists and parliamentarians from Europe and America come to show their support for a movement that promotes freedom and democracy in Iran. This years’ meeting will be held in a virtual environment due to the spread of COVID-19.

Iranian Resistance message to the World

The global community must recognize the right to resist against the religious tyranny by #Iran's rebellious youth, Resistance Units & the Iranian people. pic.twitter.com/zv6r0lGN07

The 2019 gathering took place at Ashraf-3 in Albania, which is the MEK’s base and the heart of the resistance for freedom. Ashraf-3 welcomed hundreds of visitors to Ashraf-3, including American and European prime ministers, diplomats, and ambassadors from around the world.

Iranians have endured so much over the last 41 years

The clerical regime has executed some 120,000 people, including MEK members, supporters, political and human rights activists over the past 4 decades. 30,000 political prisoners were slaughtered in the 1988 summer. Not only has the regime suppressed its own people but it has also interfered in the affairs of neighboring countries including exporting terrorism, as well as initiating a nuclear weapons program.

There is an alternative waiting in the wings

The Iranian Resistance movement firmly believes that the only way a regime change is ever likely to take place is through a popular uprising to uproot the regime for good.

From 2012, Ashraf had built a strategy and that was to organize and establish resistance units throughout Iran. In line with this strategy has been the posting of Resistance leaders’ pictures throughout Iran. Organizing protests against the regime’s oppressive practices include those that took place between 2017 and 2020.

Despite the crackdowns imposed on protests and protesters, this has not stopped young people from expressing their desire to see the back of the current regime and have it replaced by one that promotes freedom and equality. The state-run media has repeatedly claimed that the MEK is playing a leading role in the protests and uprisings.

The role of MEK has become of such concern to the regime that On May 17, 2020, the state-run website Erja News demanded that the clerical regime think seriously about the effect of the MEK as more and more Iranians take up their ideas which form the basis for a free Iran.

The yearly event last year in Ashraf which endorsed the MEK as the best and most democratic alternative to the current regime still has a firm base. What has been the greatest push for the MEK has been the 10 point plan put forward by the Iranian Resistance’s President-elect, Mrs. Maryam Rajavi, which now has unprecedented international support. It includes the following:

It has never been a better time for Western governments and policymakers to give up appeasement and place more sanctions on the regime’s terrorist activities. The actions taken by the regime even abroad are such a threat to the world that it has now got to the point that all the embassies be closed down until there is a regime change. Also, it is time for the Iranian people to be given the right to overthrow the brutal dictatorship.

On June 17th, 2020, in a bipartisan resolution, where a majority of the U.S. House of Representatives rose in solidarity with the Iranian people’s wish for a democratic, secular, and non-nuclear republic of Iran took place. This vote goes to show the popularity of the MEK.

Dissolution and disbanding of the following:

The MEK says finally that its, goal is to ‘’realize the Iranian people’s desires for the establishment of freedom, justice, and democracy at all cost.’’