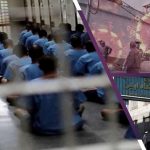 Written by Mohsen Aboutalebi on April 12, 2020. Posted in NEWS 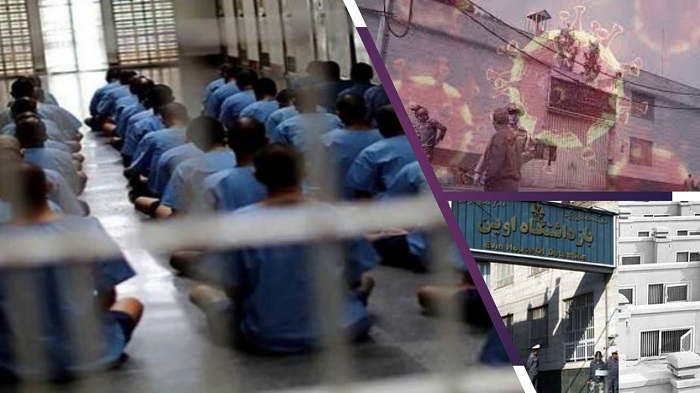 Amid coronavirus crisis in Iran, the lives of prisoners, particularly political prisoners are in danger.

Iranian prisoners are among the most vulnerable in the country. The already unhygienic conditions prisoners are being held in and the general trend of overcrowding make prisons breeding grounds for Coronavirus.

Prisons in Iran are packed, especially since thousands of people were arrested and subsequently detained following the November 2019 uprising.

Many prisons have positive cases of Coronavirus and several prisoners have died. In Fashafuyeh (the Greater Tehran Penitentiary), six inmates have already lost their lives. Reports indicate that prisoners with COVID-19 are not separated from the rest of the prison population. And like in many prisons across the country, hygiene levels are appalling.

Human rights organizations have been very concerned about the welfare of prisoners, in particular political prisoners. There have been claims by the regime that thousands of prisoners have been released on furlough because of the health crisis, but it is very unlikely that this is the case because prisons are still overcrowded.

Riots have broken out in several prisoners after inmates became completely exasperated with the conditions they are being held in. Several prisoners were able to escape during the riots and the regime has put all prisons on high alert for further outbreaks.

The conditions of prisons in Iran are being brought to attention again. Even before the Coronavirus outbreak, prisons in the country fall short of international standards, especially with regards to the number of people being held inwards, the lack of ventilation, the access to hot water, insect infestations, and food standards. Now more than ever, hygiene is of utmost importance, yet adequate measures have still not been put in place.

The families of many prisoners have become increasingly concerned about their loved ones. They urge the government to free political prisoners but they too are being silenced. Family members have called on the country’s State Prison Organization to ensure that prisoners have access to face masks, disinfectants, and hand sanitizer. This too has failed to become the norm.

Amnesty International has drawn attention to the situation, releasing an urgent appeal for the Iranian authorities to release prisoners of conscience and political prisoners. They remind the authorities in Iran that they have a responsibility to protect prisoners’ health and call on the government to release those that are vulnerable and pre-trial detainees.

The Coronavirus outbreak has already claimed the lives of at least 25,000 Iranians across the country and this number is expected to continue rising dramatically.

More than 25,000 people have died of coronavirus in 263 cities checkered across all of Iran's 31 provinces, according to the Iranian opposition PMOI/MEK.#Iran#coronavirus pic.twitter.com/XFYk1dR23J

This is one of the reasons why people want regime change. They want leadership that will put the people first and one that will guarantee them freedom, human rights, and democracy.

It is the responsibility of foreign governments to assess the situation in Iran and intervene in any way they can. This can include appealing to the United Nations to intervene. Financial aid, on the other hand, is pointless because the people will not benefit from it. Every dollar of financial aid will certainly go straight into the regime’s pockets.