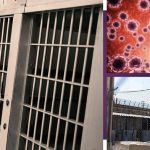 Written by Jennifer Jones-Kelley on April 2, 2020. Posted in NEWS 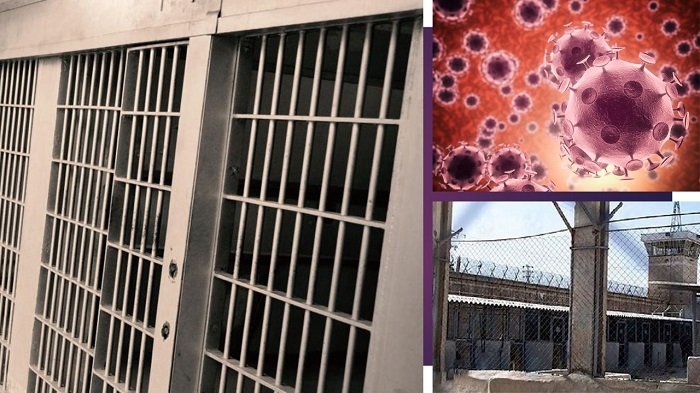 Security forces from a variety of suppressive units swarmed the prison, densely surrounding its perimeter to prevent escapes and conceal evidence of the situation unfolding inside.

Inmates at  Sheyban Prison in Ahvaz, Khuzestan Province rioted on Tuesday, March 31, in the latest in a series of mass rebellions by Iranian prisoners across the country. Like other recent riots and prison breaks, the protest appeared to begin in the evening, with locals reporting the sound of gunshots, tear gas, and shouting coming from inside the prison at around 5 PM.

Riot in Sheyban Prison of Ahvaz, southwest #Iran
Reports indicate gunfire and tear gas heard from inside the facility. Inmates are heard shouting and protesting from outside the prison.pic.twitter.com/RB3ga2YGNq

Security forces could not prevent the sounds of the suppressive forces from reaching locals though, nor could they conceal their numbers. One resident of Ahvaz who witnessed the incident said,

“For a few minutes, we could hear the sound of gunfire and tear gas from inside the Sheyban Prison [also known as Ahvaz Central Prison]. Despite the fact that this facility is located on the city outskirts, regime authorities had dispatched numerous security units to encircle the entire area.”

One witness described hearing the violent response while talking to an imprisoned family member on the phone. “I was talking with my father when I heard gunfire. He told me, ‘They’re firing tear gas at us.” Then I couldn’t hear my father and a person near him said, ‘Hold him. He’s not feeling well.’… I don’t know if my father was injured or a tear gas canister landed close to him,” the distraught family member said.

Videos shared by the MEK Iran network show 30 ambulances arriving at Sheyban prison Tuesday night. Some reports indicate that suppressive forces killed several inmates during the riot. Family members have not been provided with any information about the status of their loved ones.

Additional reports from the MEK Iran network indicate that families of inmates at Sheyban Prison assembled in front of the facility on Tuesday night to demand information about their loved ones and to plead for their release. Security forces reportedly released tear gas and opened fire on the protesters.

The riot at Sheyban Prison is the latest in a series of related incidents taking place in Iranian prisons across the country. The overcrowded and unsanitary conditions in Iran’s notorious prisons create a breeding ground for infection even under normal circumstances, and the current situation is far from normal. Medical supplies and treatment are almost nonexistent in the regime’s prisons, and in some facilities, inmates are not even provided with soap. Coronavirus infections are spreading rapidly in these conditions, and neither prison authorities nor regime officials have taken any action to address the unfolding crisis.

The clerical regime must free all prisoners and stop arrests, torture and executions in #Iran. It must particularly refrain from preventing national solidarity efforts and the aid provided by rebellious youth to our compatriots #COVID19 pic.twitter.com/IXvco3VzjR