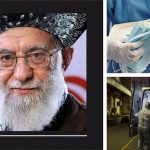 MEK Iran: 14,700 Dead in Iran Because of Coronavirus 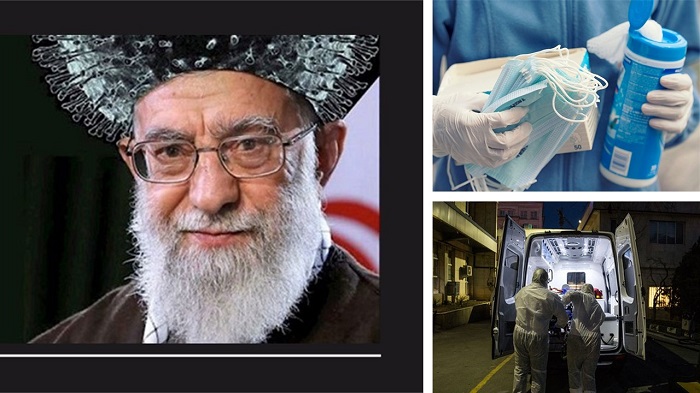 Ali Khamenei is responsible for the horrifying number of victims due to coronavirus and lack of medical supplies in Iran.

The Coronavirus death toll in Iran has now risen to 14,700, as of Monday, according to the People’s Mojahedin Organization of Iran (PMOI/MEK Iran).

Deaths have been recorded in 236 cities and all 31 provinces so far, including:

Of course, these should be considered a minimum due to the secrecy tactics of the regime, which include but are not limited to, forcing coroners to record a false cause of death and threatening families over revealing the true cause of their relative’s death.

More #people are being killed due to #coronavirus in #Iran and the #Iranian regime hides the real figures.https://t.co/quqeWhdDha#MEK @USAdarFarsi pic.twitter.com/dAztTxbKQ5

According to local sources, 28 people died in Qarchak Varamin alone on Saturday, while medical staff at Bahonar Hospital in Karaj report that 30-40 people die there every day. The death toll in the city of Nasimshahr is 18, while in Delijan it’s 50.

At hospitals in Gorgan, the Basiji forces and the Revolutionary Guards Corps (IRGC) have threatened hospital staff about giving out any information over death tolls, the status of the hospital, or photographs of the conditions inside.

The Health Minister’s representative in Mazandaran and Golestan provinces has reported that the Coronavirus epicenter is now in the villages.

In a letter to President Hassan Rouhani, Mustafa Moin, the head of the Supreme Council of the Medical System and former Minister of Science, Research and Technology, wrote:

“The losses of a large number of the medical community, as well as the higher mortality of patients compared to other countries, will always remain as a shame.” He added that “It is being warned that fatigue and the physical and mental toll on the medical staff will threaten the quality of treatment for patients.”

More than 14,700 people have died of coronavirus in 237 cities checkered across all of Iran's 31 provinces, according to the Iranian opposition PMOI/MEK.#Iran#COVID19 https://t.co/9NvdDezdOy

“pretending that the situation is normal and creating a false sense of security under the pretext of avoiding anxiety and stress could be dangerous” and that “the consequences of stress are far less than the sudden exposure to a human catastrophe”.

Even the regime’s state-run Sharq daily reported that the Coronavirus is resulting in a heightening economic crisis.

More than 14,200 people in 236 cities across Iran have died of coronavirus, according to information obtained by the…

“All macroeconomic indicators and parameters force us to question our ability to pass through this crisis. The dimensions and aspects of the challenges of the Iranian economy are far broader, deeper, and beyond expectations. Therefore, conventional approaches are not the answer to the current critical condition and crisis.”