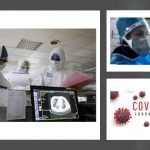 The main opposition to the Iranian regime – the People’s Mojahedin Organization of Iran (PMOI / MEK Iran) has a massive network of members, both inside and outside of Iran. It has been instrumental in reporting about the reality of life in Iran; something that has been valuable given the deception and lies of the Iranian regime.

As with the current Coronavirus outbreak, the regime downplays crises and tries to convince the international community that it has everything under control when this is rarely – if ever – the case.

The PMOI / MEK Iran has, over the years, been able to get inside information from within the regime itself. It has recently been able to access, through different regime entities and sources, information about the government’s handling of the Coronavirus outbreak.

More than 25,000 people have died of coronavirus in 263 cities checkered across all of Iran's 31 provinces, according to the Iranian opposition PMOI/MEK.#Iran#coronavirus pic.twitter.com/XFYk1dR23J

President Hassan Rouhani announced on Sunday 5th April that starting on Saturday 11th April, normal business and work activities could resume. But since his announcement, there has been some very strong advice against this published in a report by a medical expert.

A doctor specializing in infectious diseases at a hospital in Tehran wrote in his report that the Iranian authorities have handled the outbreak terribly. He said that the first symptoms were seen back in January and the country should have been quickly quarantined at that time.

The doctor also highlighted that the Iranian regime is not trusted by the people and over the years it has become normal for them to ignore the government.

Regarding the return to normal working activities, the doctor warned that it will start a new crisis. The people of Iran are very concerned about their futures and frustrated that the government is constantly giving out contradictory advice.

President Hassan Rouhani is only concerned about the country’s economy. Yet how is the economy supposed to survive if millions of people are ill, tens of thousands are dying and the health services are about to collapse under the pressure?

The doctor, in his report, wrote that hospitals are at full capacity and there are simply no beds left. Hospitals are so busy that they cannot treat people that need urgent medical attention. He gave the example of a patient that has suffered from several heart attacks and should be in a hospital, but not a single hospital in the city of Tehran could take him.

Finally, the doctor emphasized that the statistics handed out by the Iranian regime are much lower than the reality of the situation. He explained that even the Ministry of Health is not given proper statistics given the many people that recover at home.