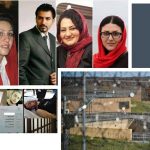 Written by Amineh Qaraee on April 5, 2020. Posted in NEWS 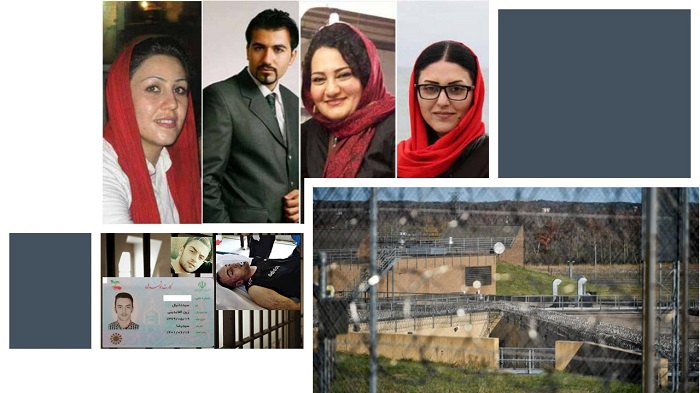 The lives of prisoners, particularly political prisoners are in danger amid the coronavirus crisis in Iran.

The domestic unrest in Iran continues as the people fight against the latest crisis – the Coronavirus outbreak that has already taken the lives of more than 18,600 people across the country.

Governments around the world have been trying to keep on top of the situation in their respective countries, making decisions that will contain the outbreak and ensure that health services can manage the crisis as effectively as possible. And, of course, governments are working to limit death tolls and protect their citizens as much as possible.

However, the situation in Iran has been very different. The people of Iran have been left defenseless because the Iranian regime refuses to take the situation seriously. It has neglected to inform the public of the extent of the situation, meaning that the virus has spread rapidly across the country. Flights were not suspended between Iran and China for far too many weeks. Health workers including doctors and nurses have been left without the most basic of protective equipment.

The situation in prisons across the country has also reached a crisis point. Inmates are among the most vulnerable because they are cramped into small wards with few hygiene measures in place. Once the virus enters a prison, it spreads like wildfire and a high number of prisoners have become very ill. Reports indicate that several prisoners have died.

The discontent on the part of prisoners has led to many rebellions including several cases where inmates have been able to flee. There have been riots in prisons in some cities including the capital Tehran, Tabriz, Shiraz, Ahvaz, Khorramabad, Saqqez, Aligodarz, Hamedan, and Mahabad.

During the November 2019 uprising, thousands of Iranians were arrested and remain in prison. The President-elect of the National Council of Resistance of Iran (NCRI) Mrs. Maryam Rajavi has called for all political prisoners to be released.

The #Coronavirus crisis, which has spread in #Iran more than any other country in the region, proved the incapability, decadence and fundamental weakness of the religious tyranny. #COVID19 pic.twitter.com/gy3qaW664e

The PMOI / MEK Iran and NCRI have been working tirelessly, as they have been for many years now, to bring the truth to light and to expose the corrupt and malign regime for what it is. Mrs. Maryam Rajavi has called on the United Nations Security Council, the Secretary-General of the UN, the UN Human Rights Council and the UN High Commissioner for Human Rights to speak out about the Iranian regime’s “criminal cover-up” of the Coronavirus outbreak and for its negligence that is endangering the lives of the people of Iran and those of other countries.

The situation in prisons could lead to another nationwide uprising – something that the regime is very fearful of. The regime is barely maintaining its grasp on power and one more uprising likely is enough to push it over the edge.