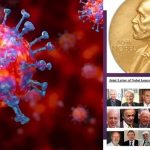 Iran Coronavirus Outbreak: Nobel Laureates from Across World Call Iran out for Crime Against Humanity

Written by Mohsen Aboutalebi on March 24, 2020. Posted in NEWS 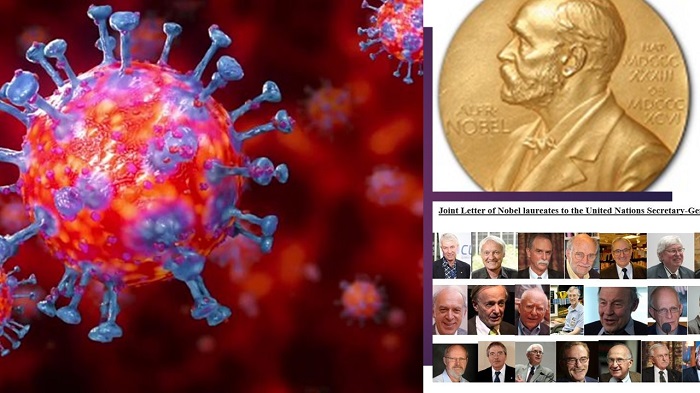 The 21 Nobel laureates described the regime’s actions as a crime against humanity.

Twenty-one Nobel laureates from around the world wrote a letter to Secretary-General of the United Nations Antonio Guterres in which they expressed their utmost concern about the Iranian regime and its negligent and horrific cover-up of the Coronavirus outbreak that has led to thousands upon thousands of Iranians dying.

The 21 Nobel laureates described the regime’s actions as a crime against humanity.

They said that the spread of the COVID-19 virus across the world has “raised significant worry” and emphasized that the further spread can only be prevented when all countries are transparent, communicate in a timely manner and adopt necessary measures.

The Nobel laureates said that they had studied a number of reports that show that the Iranian regime has been covering up the situation and has been “preventing the free flow of crucial information” about the outbreak.

Going back to the beginning of the outbreak in Iran, the Nobel laureates explained that the regime ignored the unfolding crisis because it wanted as many people as possible to participate in the 1979 revolution anniversary celebrations and the sham parliamentary elections.

For several weeks now, the #Iranian regime has been watching the #Coronavirus outbreak spread further and further across the country. https://t.co/pGEdQ7wwpM #MEK #Iran @USAdarFarsi pic.twitter.com/vgHadjASRg

This has led to the virus reaching all parts of the country when several cities should have been quarantined. The number of people becoming infected with the virus is a direct result of the regime’s negligence and inaction and at the time of writing the letter, there had been more than 6,500 deaths (the latest figures indicate around 10,000 people have died in Iran).

The Nobel laureates paid tribute to the hard-working, selfless and courageous doctors, nurses and medical workers across the country that is taking a great risk to look after patients without the appropriate medication and medical supplies. Very sadly, a number of medical professionals have contracted the virus and died too.

In the letter, the scientific experts also drew attention to the huge burial pits (so large they can be seen from space) that the regime is digging to bury the dead. They called for the “urgent intervention” of the United Nations so that the catastrophe can stop growing in magnitude. They said that the international community’s role should be to help with medical resources.

#Iran: #Coronavirus Fatalities Exceed 10,500 in 212 Cities
The wave of arrests for rumormongering about the death toll.
Khamenei orders military to hold biological warfare exercise a day after blaming the U.S. of Coronavirus production.#COVIDー19 https://t.co/5GRdiMZooa

Most importantly, the laureates advised that treatment and medical resources should be taken out of the control of the notorious Islamic Revolutionary Guard Corps (IRGC). Medical supplies should not be hoarded by the IRGC; they should be returned to the people of Iran so that the further spread of the virus is halted.

With regards to the dire situation of prisoners, the scientific experts warned that prisoners, and in particular political prisoners, are contracting the virus, but are being denied access to doctors and medication that they urgently need. For this issue, they urged human rights organizations and the World Health Organization (WHO) to go to the prisons in Iran to assess the situation with the view of preventing further deaths and “to prevent another massacre”.