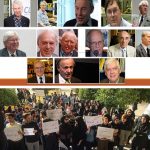 Written by Amineh Qaraee on January 3, 2020. Posted in NEWS 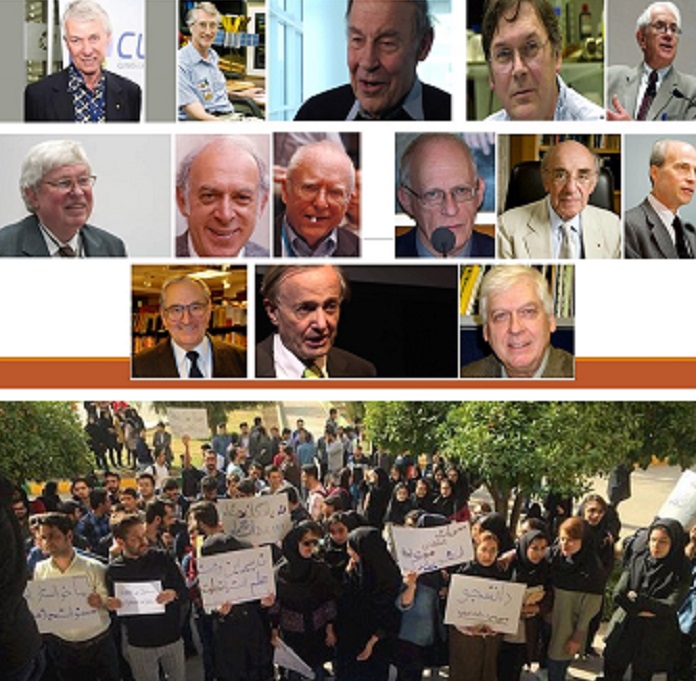 Nobel laureates signed a joint letter, highlighting the regime’s crackdown on the protests. The protests continued in several Iranian cities, led by students, workers, and nurses, despite the heavy security measures put in place by the regime.

Friday was the 50th day of the nationwide Iran protests, which began over an increase in fuel prices. On that day, 13 additional Nobel laureates signed a joint letter, highlighting the regime’s crackdown on the protests, written to the United Nations Secretary-General Antonio Guterres by 14 Nobel laureates.

This letter read: “We, the Nobel laureates signing this letter, seek to express our grave concerns over the recent deadly crackdown on anti-regime demonstrators in Iran and condemn the security forces’ use of lethal force against innocent people demanding their rights to be respected.”

The Nobel laureates stated that as well as their scientific obligations to advance and improve human life, they “strongly believe that defending human rights across the globe is our duty”. That is why they are calling on the UN to intervene immediately to stop the Iranian regime committing further atrocities against the Iranian people.

They advised that the UN should meet as soon as possible to address the crisis and take steps to hold the mullahs to account and that the UN appoint a “multinational fact-finding commission” to visit Iran and investigate the situation.

The Nobel laureates wrote: “All of us who care must offer our full support and solidarity to the brave people of Iran. They deserve nothing less.”

Many defiant young people targeted the Imam Sajjad paramilitary Bassij Resistance District garrison in Karaj in the early hours, to coincide with a visit by the Regime’s Judiciary Chief. Others carried out Resistance operations by putting up posters of the leaders in public places across Iran.

As of Thursday, the People’s Mojahedin Organization of Iran (PMOI/MEK) is reporting that the uprising has spread to 191 cities and that the regime’s crackdown has killed at least 1500 protesters, of which 643 have been named, wounded 4,000, and seen 12,000 arrested.

President-elect of the National Council of Resistance of Iran (NCRI), Mrs. Maryam Rajavi, has again urged the UN to send an international fact-finding mission to Iranian prisons to meet with detainees, especially after it came out the detained protesters are being tortured and forced to make false confessions, with at least three arrested children being sexually abused in custody.

The martyrs of this uprising had one thing in common: they were innocent victims of a ruthless regime #IranProtests #Iran https://t.co/0QwdTT12fk pic.twitter.com/3WKH9F48Jc

Rajavi tweeted: “The bloody November uprising also dashed certain myths and illusions about the regime. This regime is neither stable nor has any future.”